To claim your profile register your company in SolarReviews. 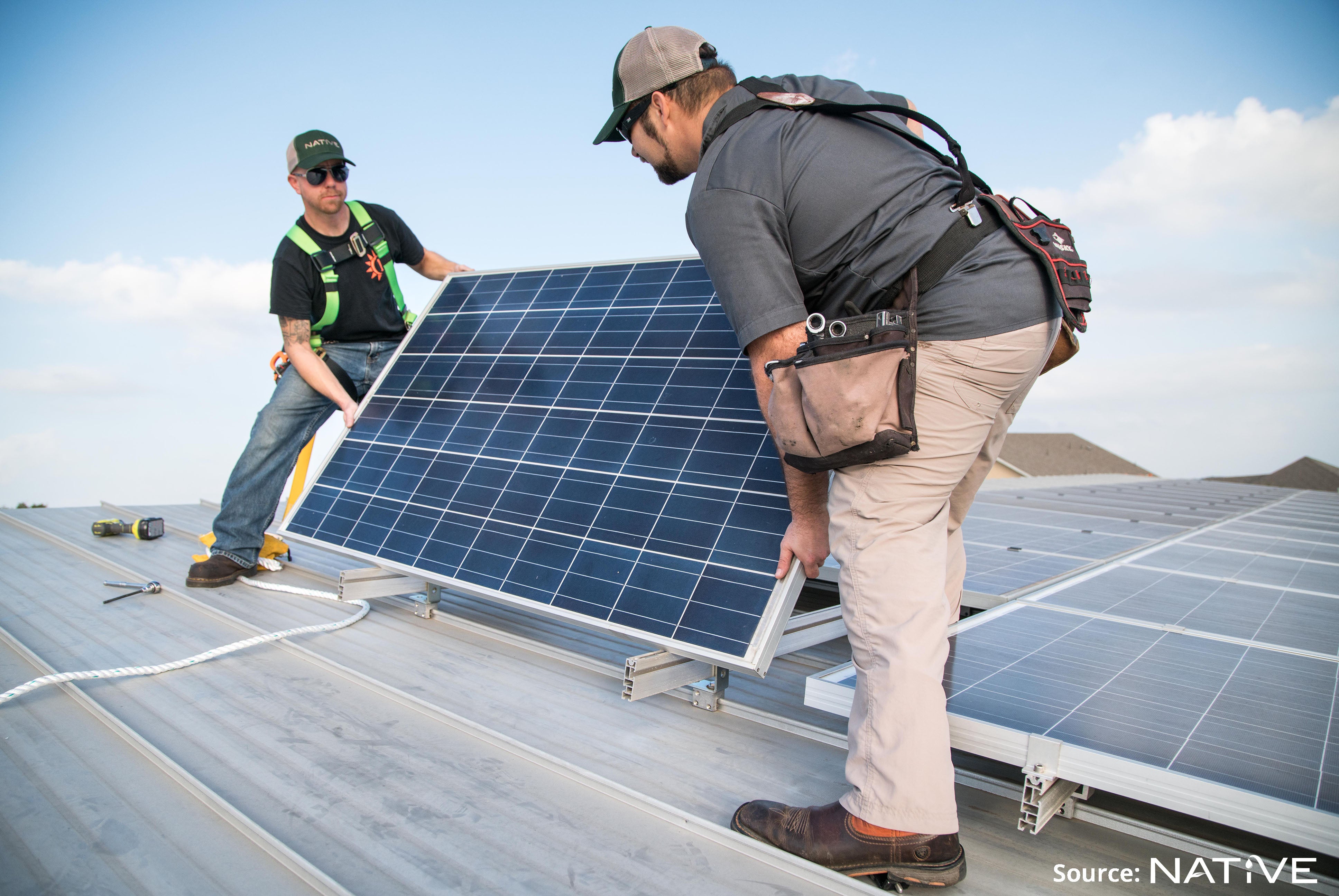 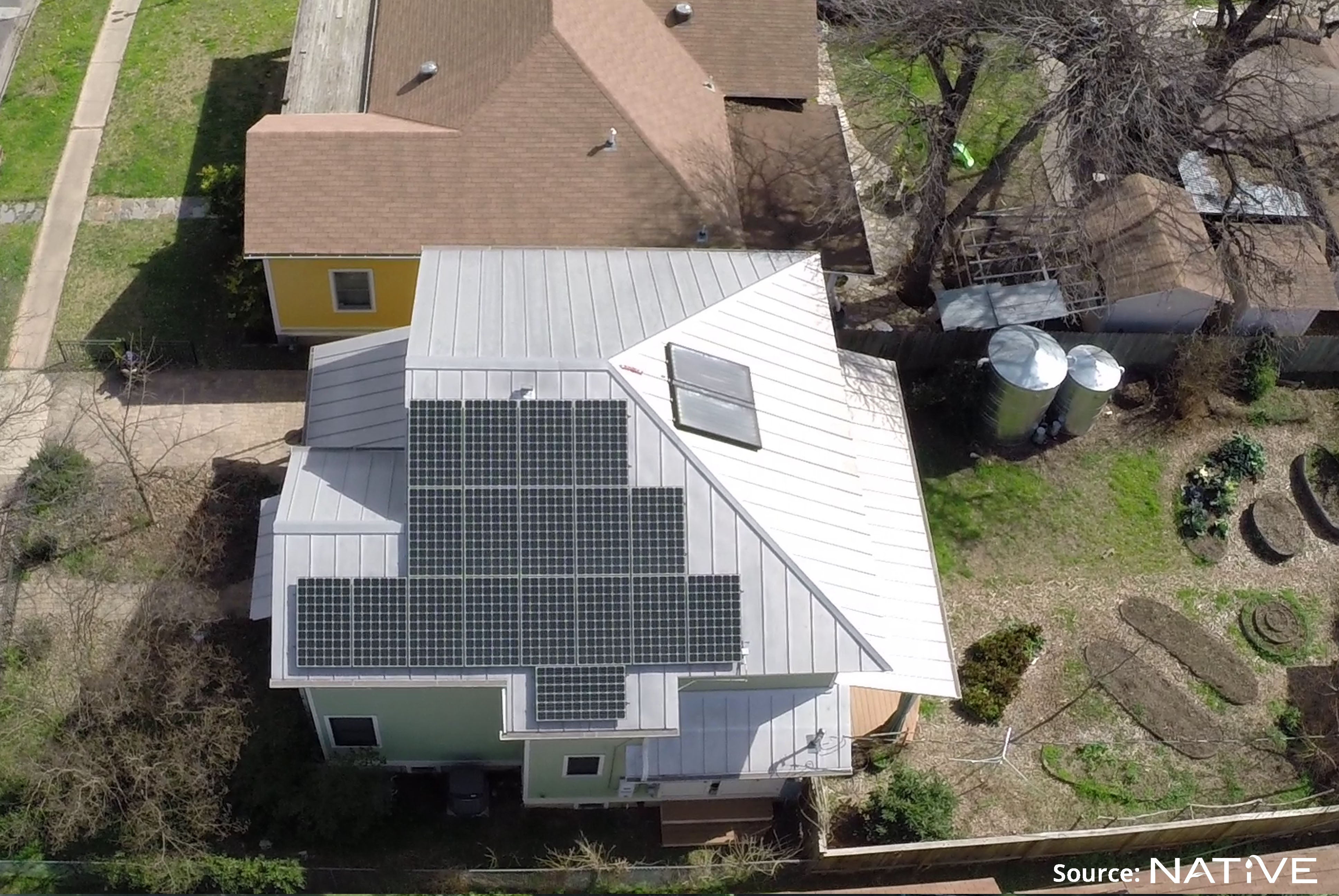 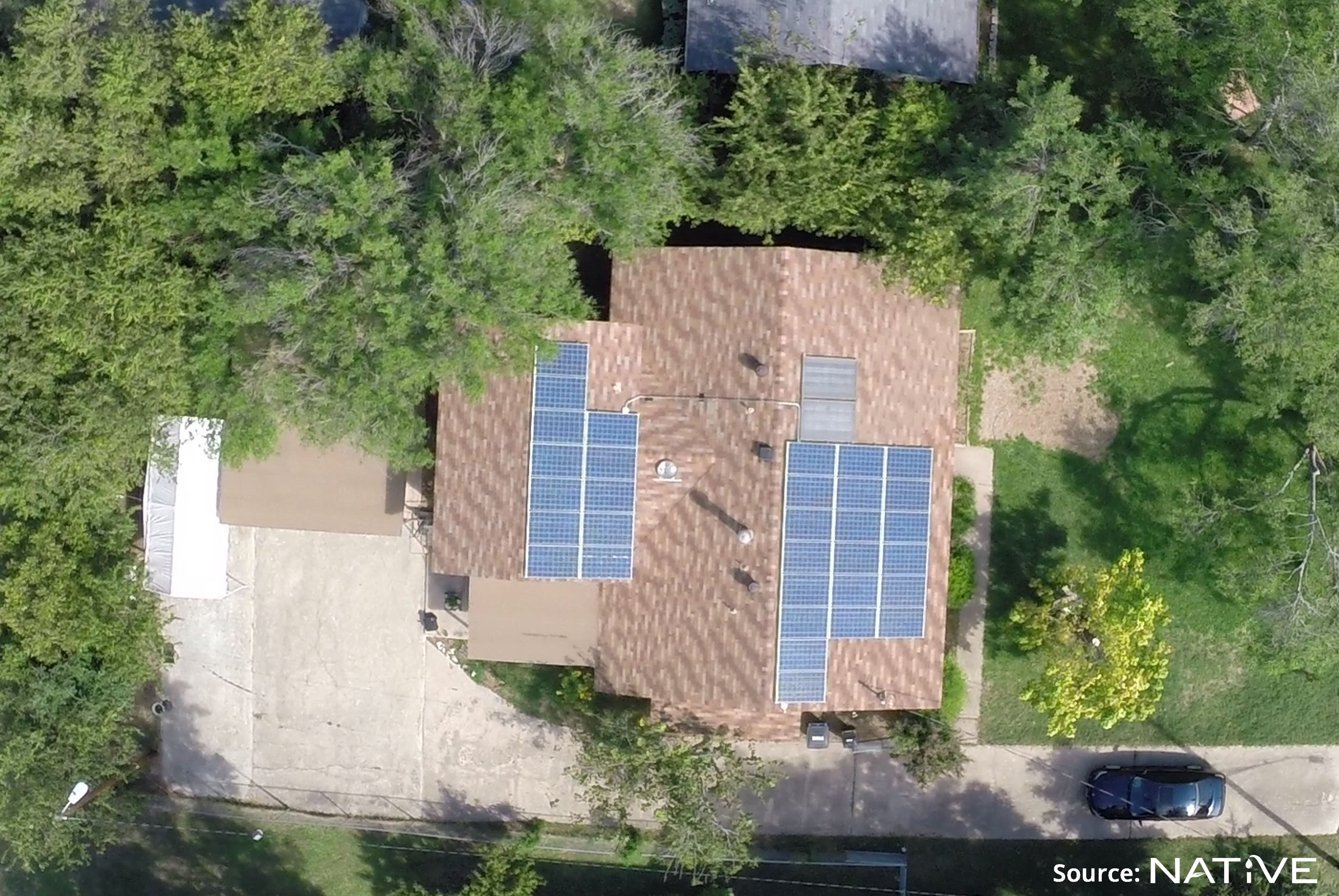 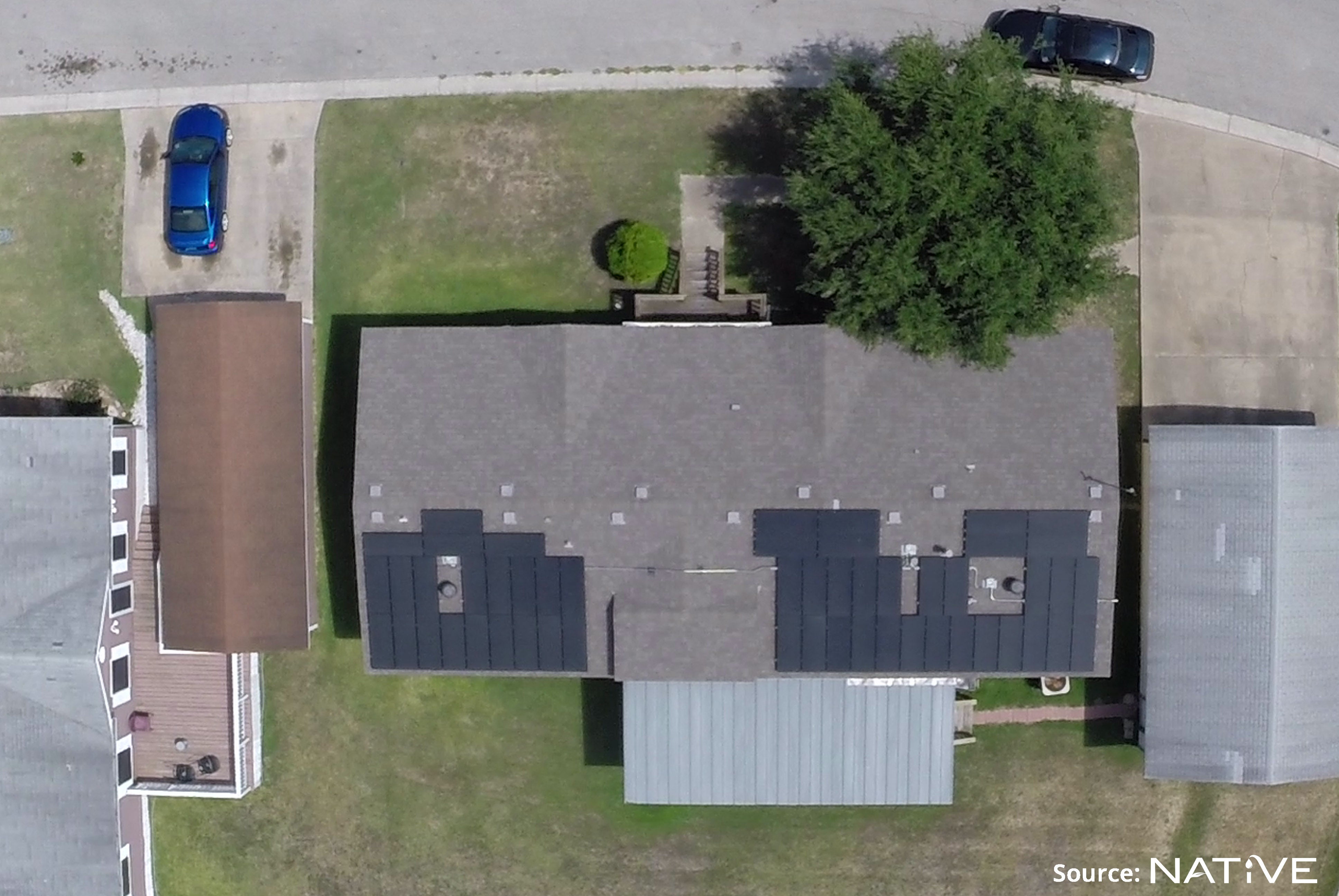 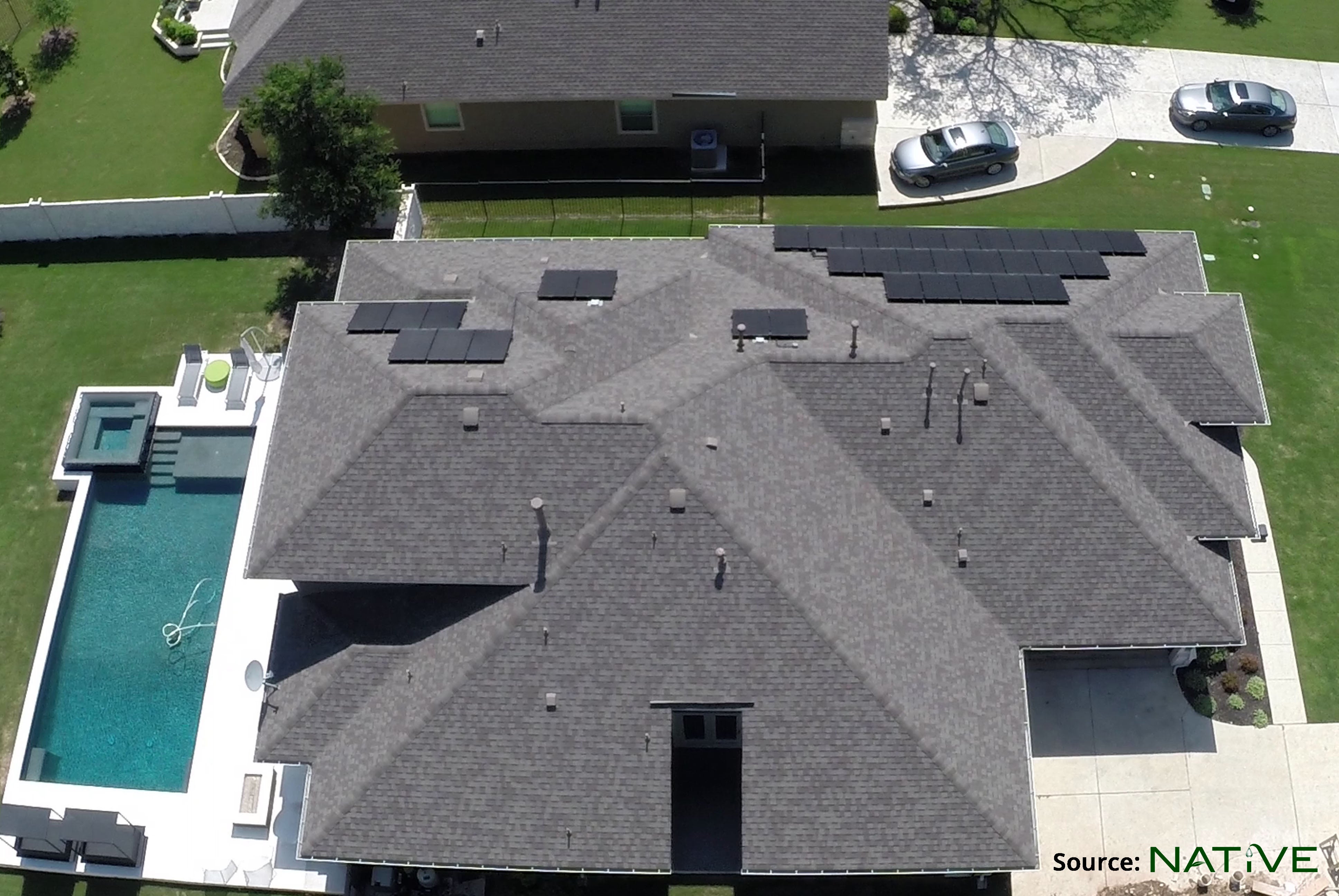 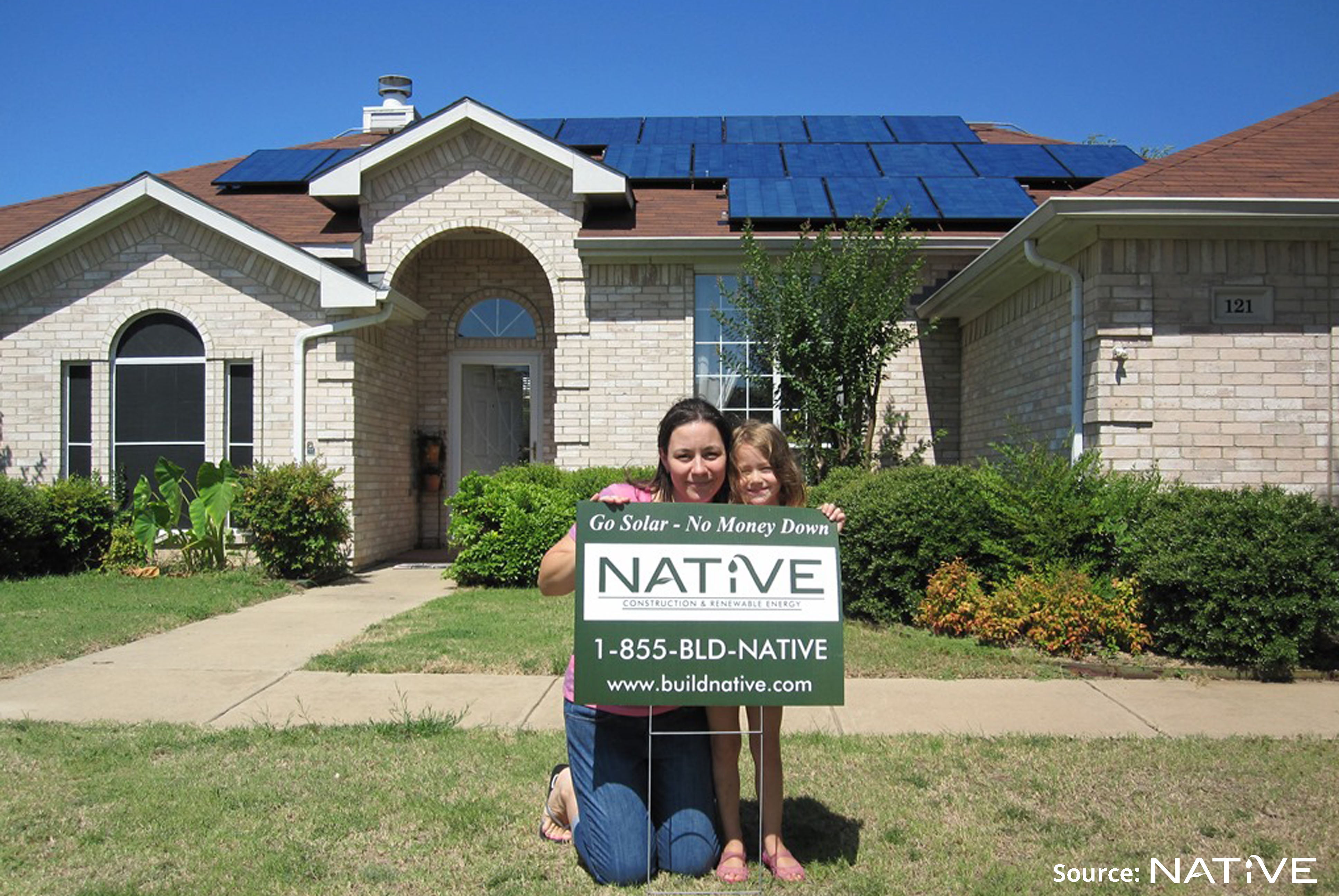 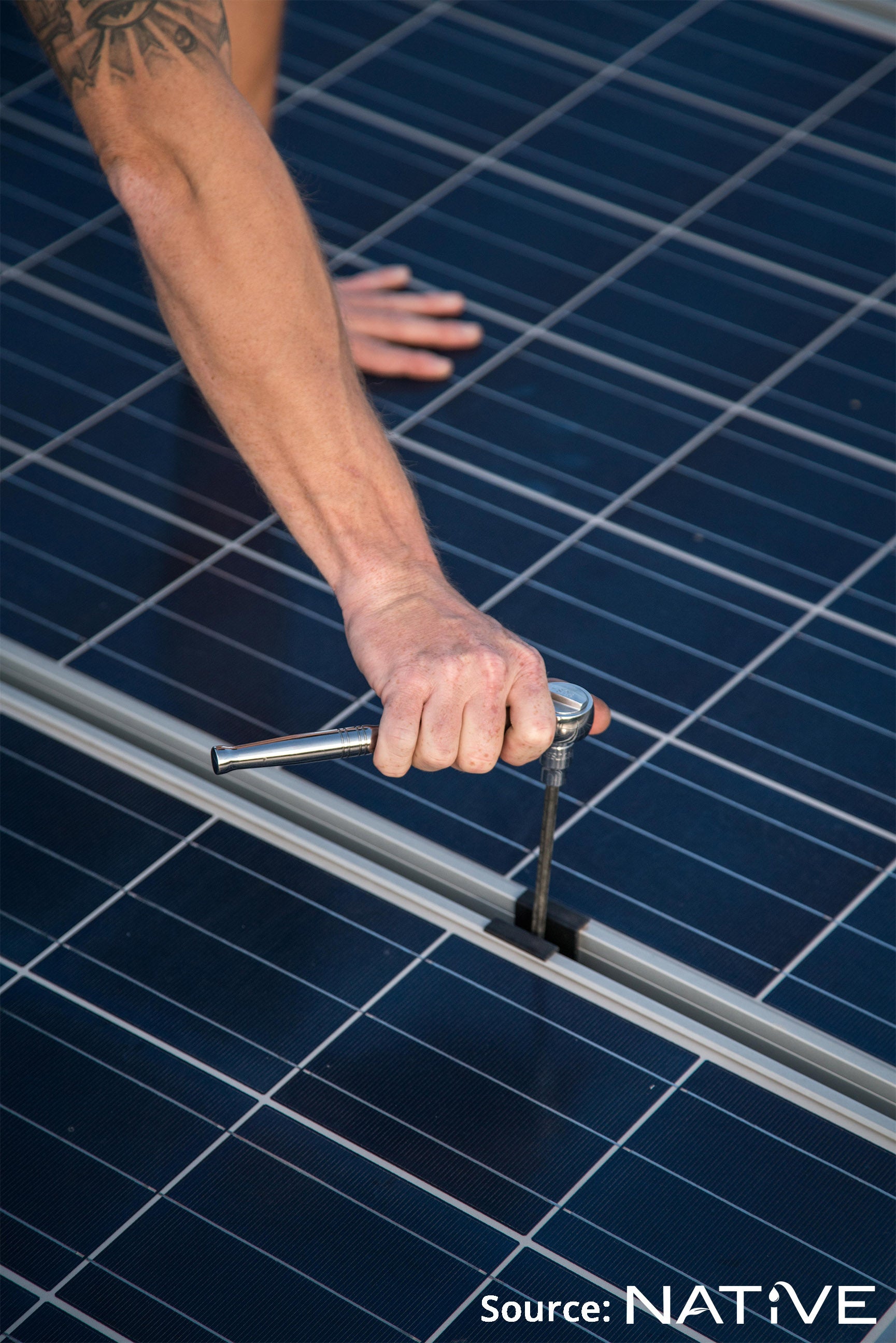 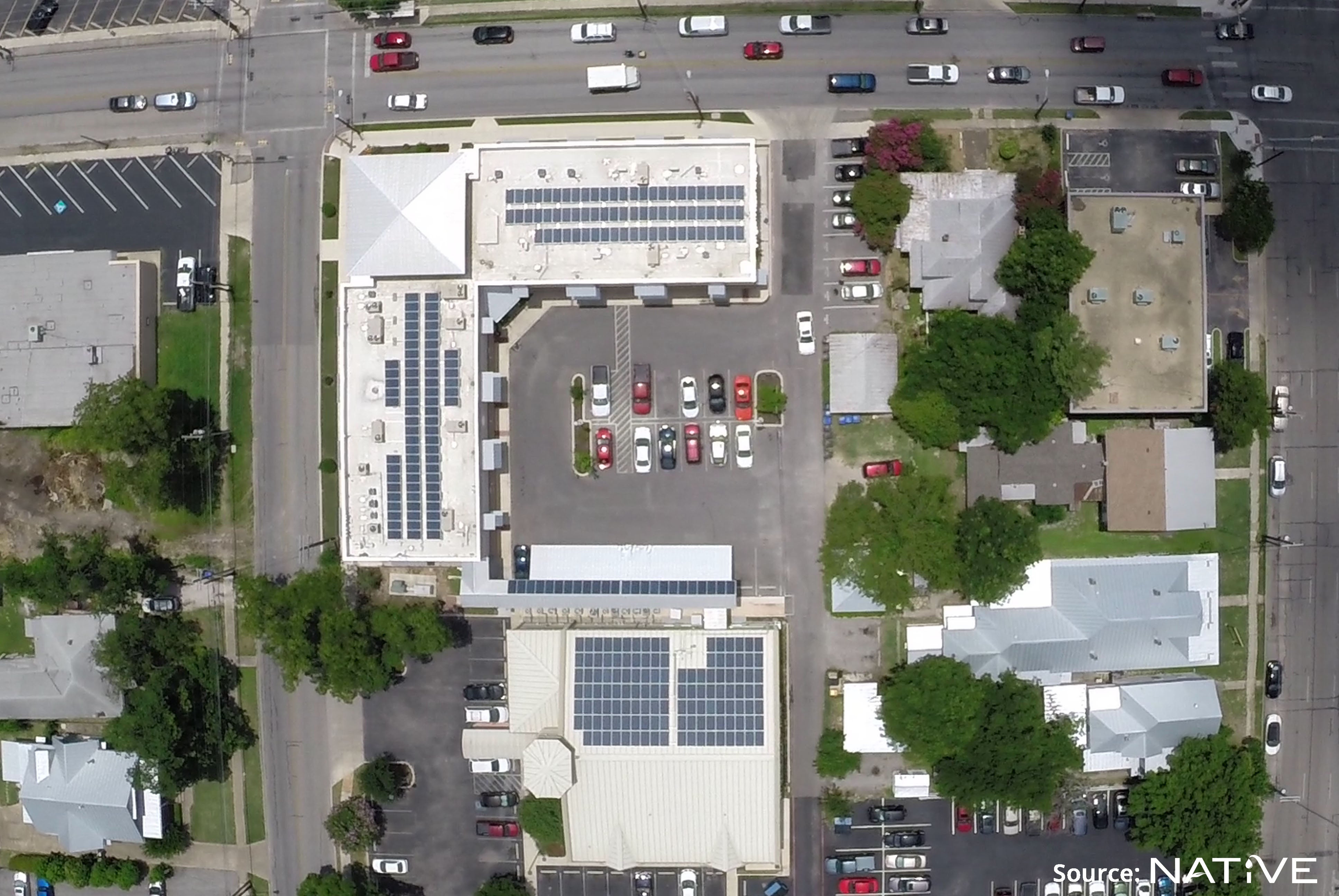 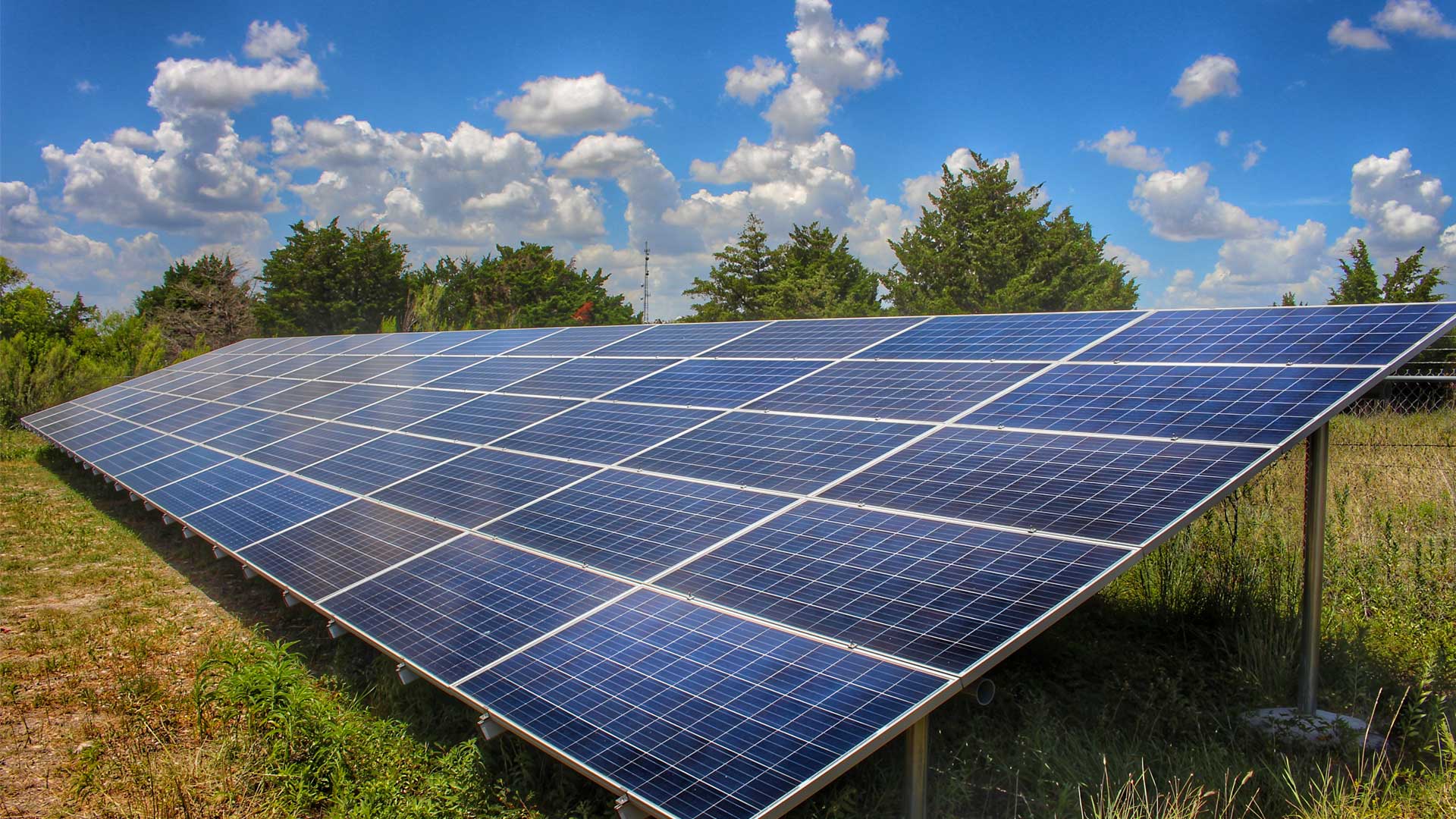 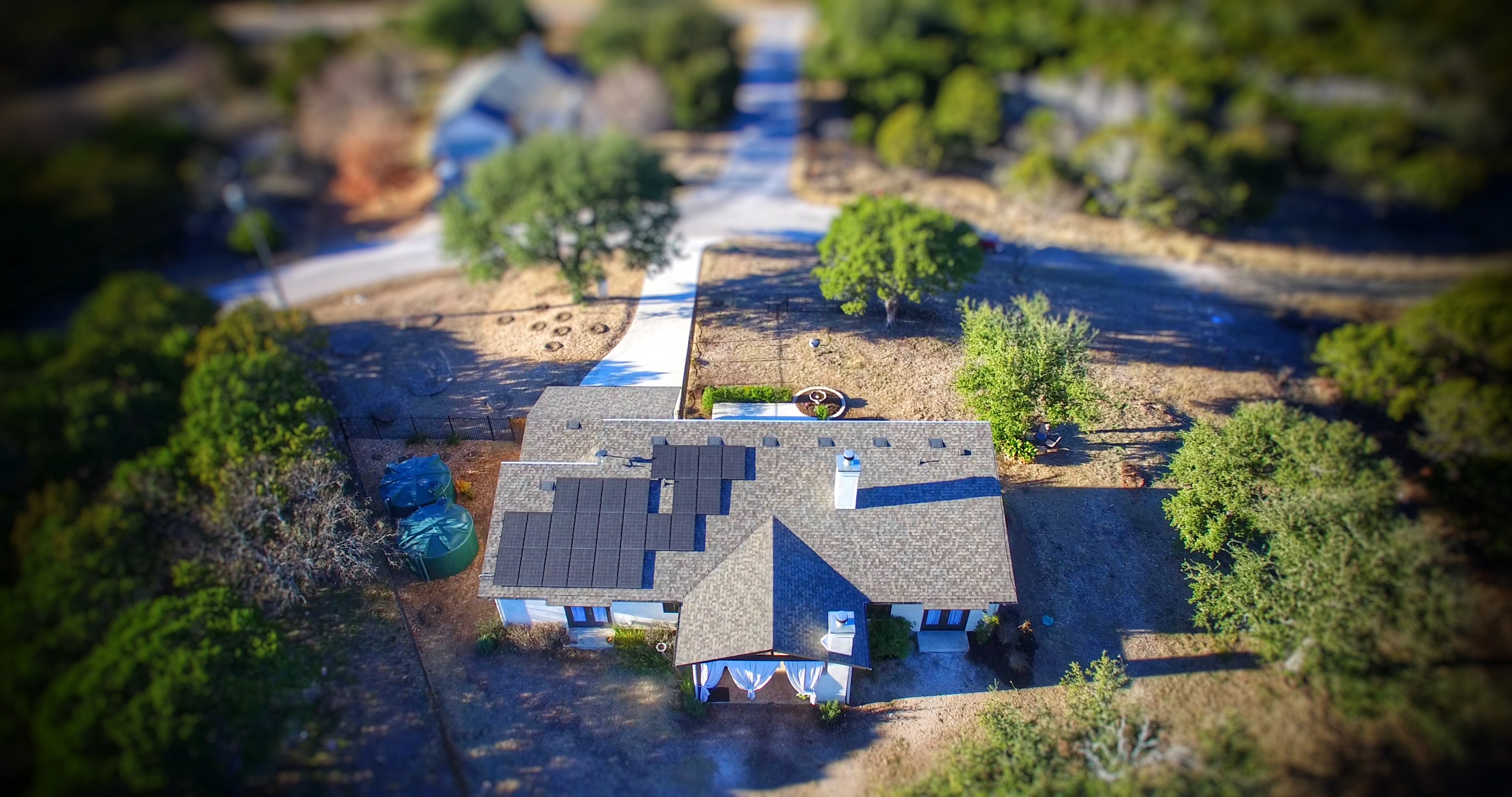 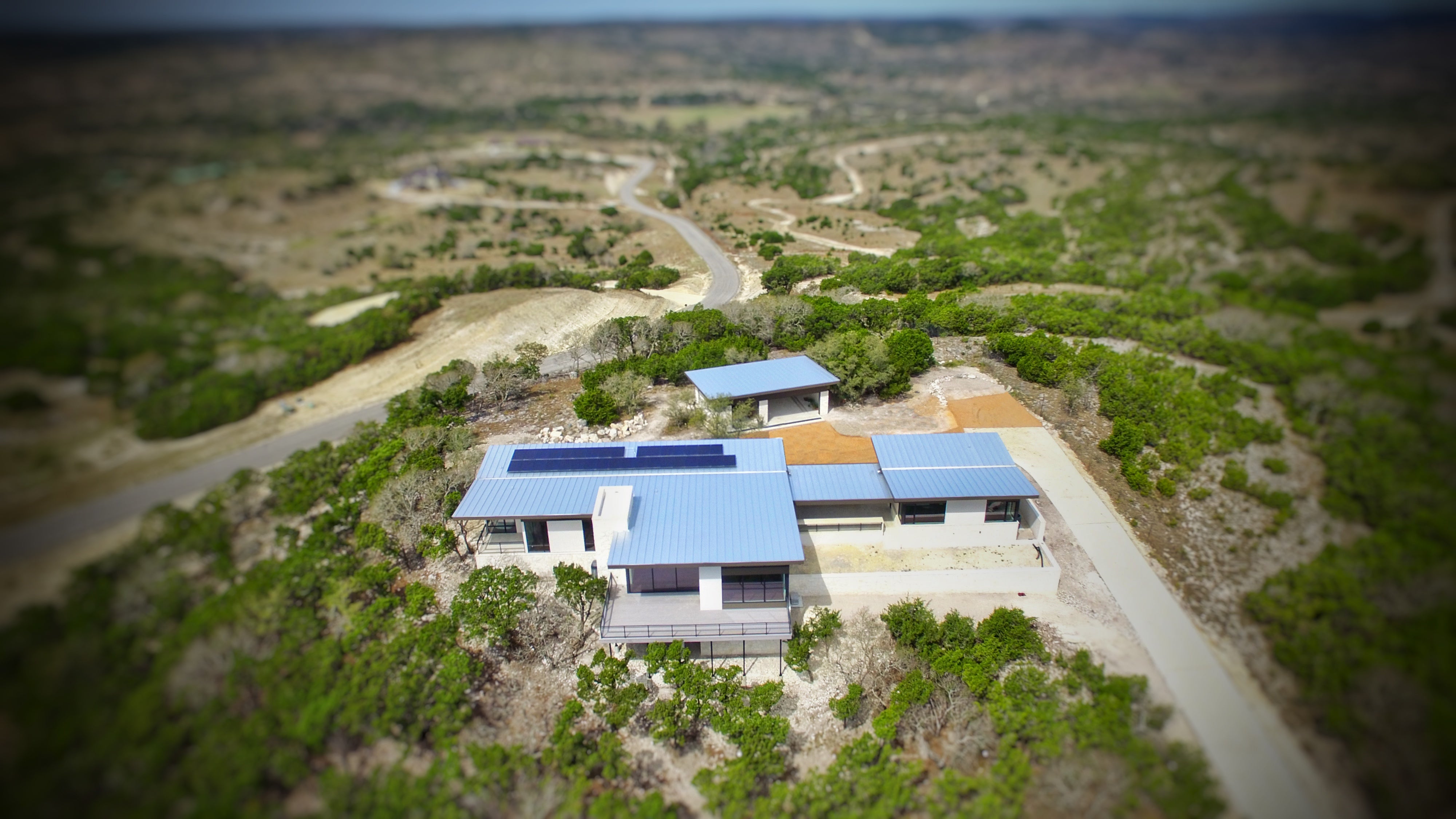 Long road, but they stuck with it.

I had a complex job to source construction of a car port/ground mount solar system, in addition to integrating with an existing solar system. Native stuck with the project through a lot of changing variables, ultimately delivering exactly what I wanted. I would recommend Native to anyone looking for a quality solar solution.

Said what they needed to to get the sale. Took way too long to get done and now they still owe me cash as part of their agreement they said would be paid in 3 months. I've received ONE payment! This might sound like a "no duh", make sure EVERYTHING is in writing!

They were very nice people and did an excellent job of installing solar panels on the roof of my house. After they installed the meters, they explained very clearly what each of them showed and said that I would be able monitor online the amount of electricity my panels were making. I was very pleased with the result as I never had an electricity bill again. When I sold the house a few months ago, I received a check for over $600 for the extra electricity the panels had made over the previous six months!

Native Solar was excellent in installing/commissioning with CPS

I chose Native Solar because they provided the best proposal and the company has a good business model (they do many types of construction - not just solar panels). This allows them a much better opportunity to prosper and grow in the future. They used excellent contractors to perform all phases of construction and had an excellent relationship with CPS in San Antonio, Texas. The work was completed within the required scheduling period and no problems were encountered in finalizing the commission inspection by CPS. My system is composed of 23 Mission 300 panels with each panel using an Enphase IQ6-60-2-US Microinverter. I have had no problems with the systems and the completed assembly is aesthetically pleasing to view and complied with my HOA requirements. The system includes an excellent monitoring software tool available on my home computer and as an APP on my iPhone. The information provided allows me to reconcile my CPS billing statement with the production data reported by the monitoring tool (which for me is very important). Native Solar installed my array on the tile roof of my home and I have had no problems with the roof performance (including a record setting rainfall during 9/2018 of over 18"). I highly recommend Native Solar as your Solar panel installer.

Native was very competitive in price and quality. I had three competitive quotes and chose Native...They were very easy to work with and explained everything clearly (I am a retired engineer), with no hidden costs...! Native provided the specific solar panels and options I selected along with running the wiring in the attic, as requested...vs... installing the electrical conduit runs along the roof/shingles. Installation was uneventful, timely and done with care.... Our system consists of 27 roof mounted panels which has performed for almost 2 years without issue...When the sun is out we are making energy....! It is nice to get such low monthly electric bill..!! Some months we even get an electrical credit, using less energy than we produce and sending back the excess to the electric company (no storage needed) . There were no local rebates in our area, however, an out of town company supporting residential solar provided a rebate, through Native, after installation was complete and the system achieved the quoted output. I would recommend Native to anyone considering a solar system: small, medium or large... We are very pleased with our system...! Let the sun shine......!

Disclaimer: I work for Native Solar. It may seem obvious that I would choose Native Solar if I work for Native Solar. However I would like to add that I have been working in solar for twelve years, I know all of the companies in the area and I choose to work for Native Solar, because I know and have seen firsthand the quality of the installations. I could leave and work somewhere else, but I don't because Native Solar is the best. I couldn't be happier with my solar array, and it has never had any issues since we turned it on about 14 months ago. Native Solar is the best choice because they have a long track record of success, unlike most companies that have only been around for a few years. When considering something that has a long warranty and will be in operation for 25+ years, I think it makes sense to work with an established provider. Thank you Native Solar and here's to the next 25 years of solar power!

I initially started the process with another installer that put no effort into progressing toward installation after I had already paid them in full. I discovered on my own that there were concerns about the designed load capacity of the roof truss and no further progress was made at that point and my installation window for the rebate expired and after several attempts I finally got my money refunded, then I heard that company had shut down. I felt burned by that experience, until I ran into Omeed at Native and he convinced me that I had a bad experience and that whatever issued I had run into Native would tackle without having to get me involved. They were able to design a layout that met my needs and relieved any concerns of the roof truss load capacity. I got a better system (newer components I was unaware of) than what I had expected and there was only one minor communication error that led to an insufficient quantity of parts brought to installation but after a quick phone call it was resolved and installation was completed quick and painlessly.

Do not trust this company to install correctly or safely

I have used Native Solar for two large installations. The one on my home in Austin went smoothly for the most part and I felt comfortable using them again for a larger install on my new home with a solar carport installation. It was to be a 36 panel array with a rain panel installed underneath to collect water for a storage tank and was to be completed in 8 weeks. It ended up taking 8 months. ( This is 1/4 of the time it took to complete the Hoover Dam by the way). The company was lacking in the technical expertise to assemble the carport frame and a third party had to be brought in. Native forgot about it having rain panels until reminded and when completed a solar panel blew off in a 35 MPH wind rather than the 125 MPH it is supposedly rated for. It turned out all 36 panels were installed incorrectly and had to be removed and reinstalled. It is my feeling that I was not only misled about many aspects of this project but actively lied to. I cannot recommend them to complete a job safely or on time.

1 comment >
Reply from NATiVE Solar: Thanks for your feedback. As was disclosed to you from beginning, this was a new out of state carport supplier which has long custom fabrication lead times. It was also known from the beginning that other contractors were being used to drill the piers and assemble the structural components. The single panel that flew off during the storm was due to clamps that failed which we warrantied both the labor, new clamps, and panel to reinstall.

Nothing but a positive experience!

I had my solar installation installed by the Native team 3 years ago. The experience was painless, and I'm very glad that I went with them. My inverter stopped working a few days after the install and they sent someone out the same day to repair it. I've had no problems since! Thanks Native!

They changed their prices multiple times, charged me for an 8.8mw system and delivered 6.6mw. Took dozens of communications to get basic work done. Their 'done' didn't even include a working system. Didn't even check to make sure the system was delivering data before saying they were done. EVERYTHING was a fight with them. Entire system was installed in the wrong part of the roof. Don't do business with these folks. They said they'd put in the paperwork for rebates, they didn't, had to resubmit and work with the City/State myself. Countless of hours of work and watching them for them to still not do the basic job I paid for.

1 comment >
Reply from NATiVE Solar: There appears to be some confusion based on your feedback. What you were sold was a 8.7kw system. What you received is a 9.6kw system at no additional charge. There is no paperwork filed for solar with the state (in TX) and we filed all local permits and rebate applications with the city utility on your behalf. You must be a registered contractor to do this. Your system was inspected and turned on per city requirements and our normal process.

Native did a fantastic job with our 21.78 kW SolarEdge system on a mixed-use building in San Marcos. They managed a City rebate for us as well as an USDA REAP Grant which took the financials from very good to great. Very attentive and diligent crews. System is producing just as projected and the monitoring app and website are really helpful. Highly recommended!

Very happy with my solar array

I am very pleased with my Native solar array. Native was able to answer all questions and concerns regarding the array, the tax rebates and what to expect after installation. The Native crew was supportive thru the entire process. Jay was able to size the array correctly from looking at my electric bills and I now feed the grid with no elect bill. :D Thanks Native! Deb

NATiVE Solar is one of the longest running, most established Texas-owned and operated solar installation companies in the state. Comprised of a team of solar industry professionals with unrivaled skills & expertise, award-winning NATiVE Solar has earned its reputation as one of the best, most dependable companies delivering intelligent, custom solar solutions to both Texas homeowners and business owners. Since 2012, NATIVE has leveraged its diversity as a custom home builder and solar installer to grow into the leading solar installer in the state of Texas. With offices in Austin, San Antonio, and Dallas, NATiVE established a state-wide presence designing and installing solar PV systems for home and business owners. The current solar team have the combined experience and execution history of over 1,000 solar projects totaling over 60MW of capacity in Texas and across a dozen other states. Unrivaled skills, knowledge, and experience are applied to every NATiVE Solar system, meeting the solar energy needs of any and all Texans. The majority of projects NATiVE Solar takes each day are referrals. Referrals from happy customers. Referrals from our friends and neighbors we meet in the communities we serve. Referrals from home and business owners with systems we didn’t install but service. Referrals, even, from other solar companies when the project is too complex or difficult. Now that says something right there. NATiVE Solar is the go-to choice for all Texans’ solar energy needs.