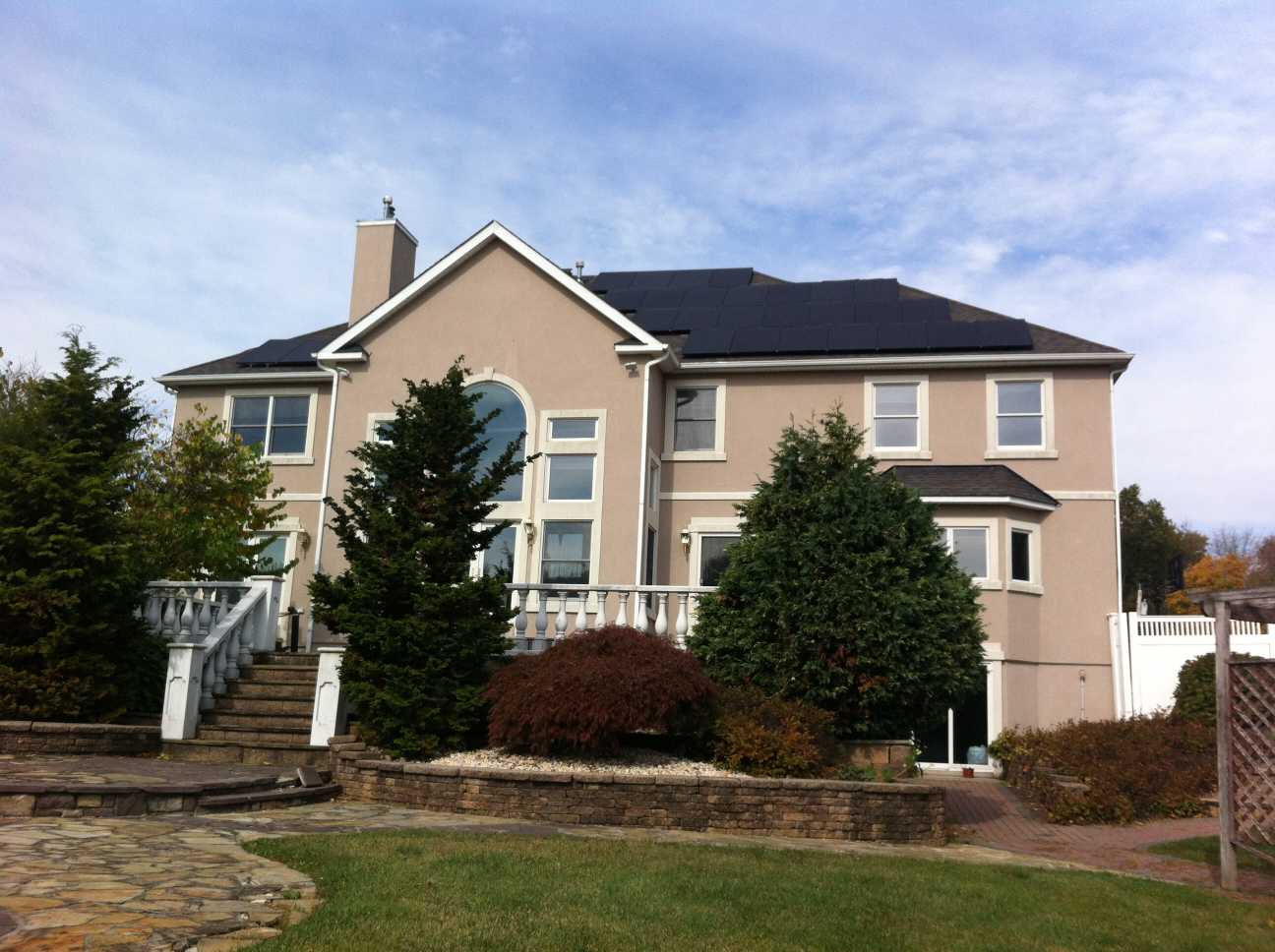 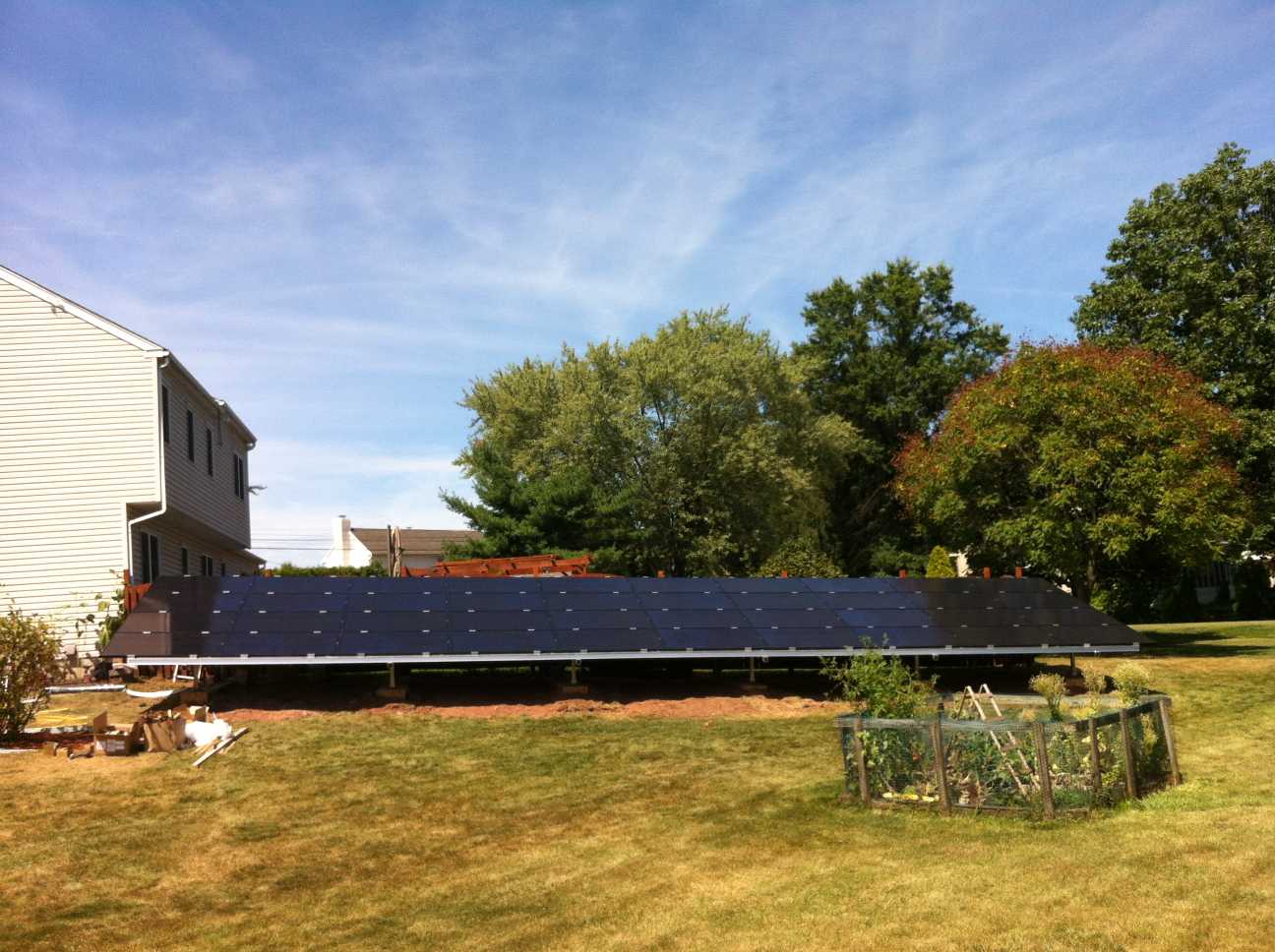 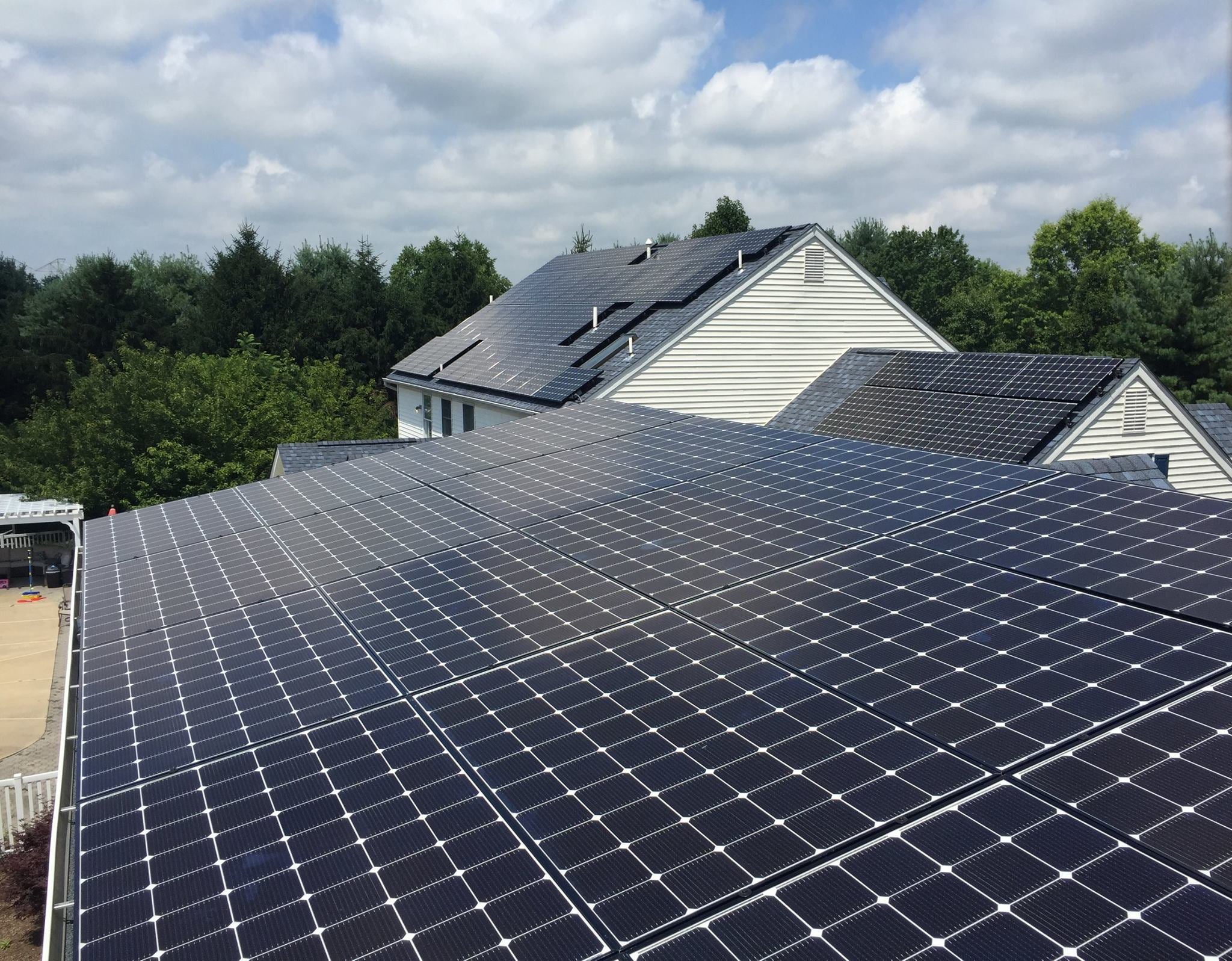 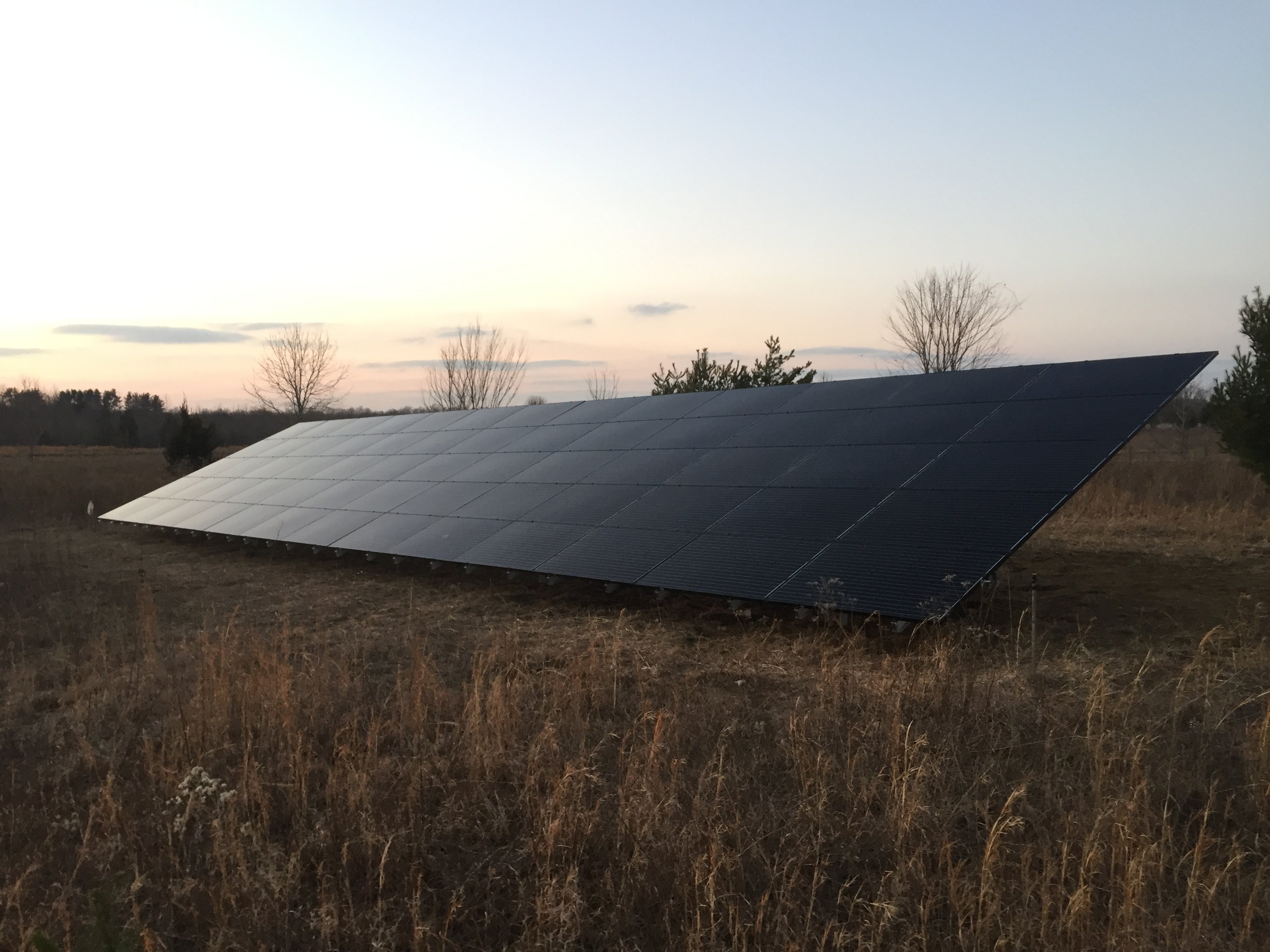 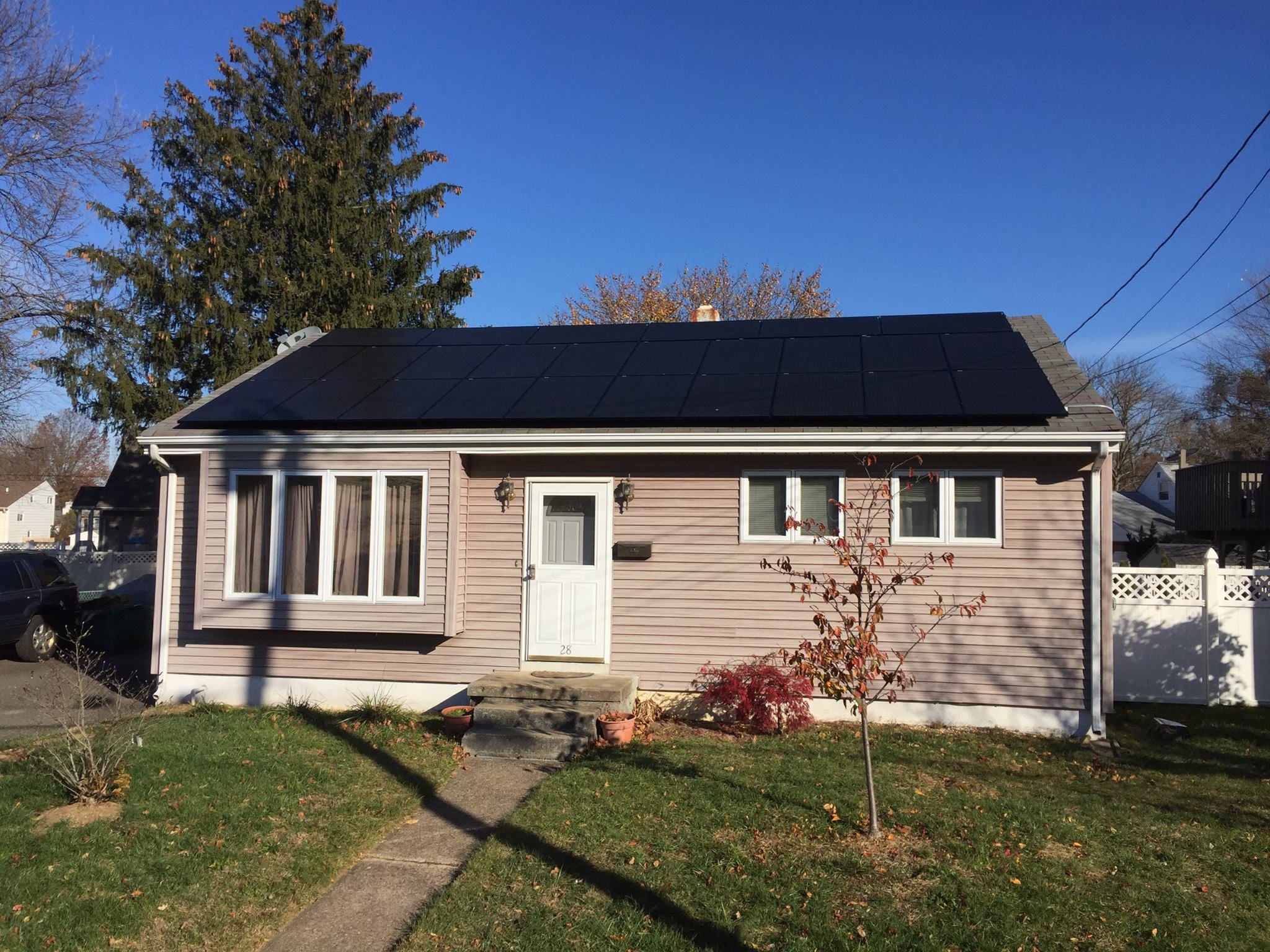 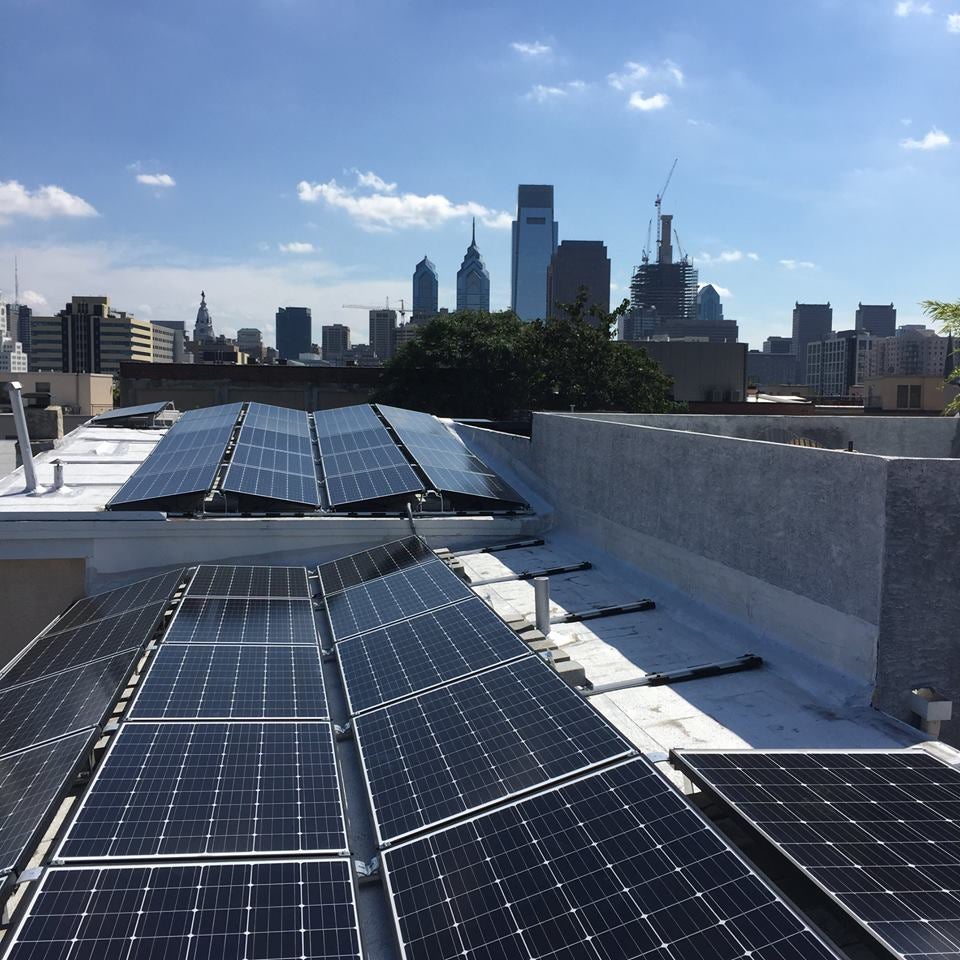 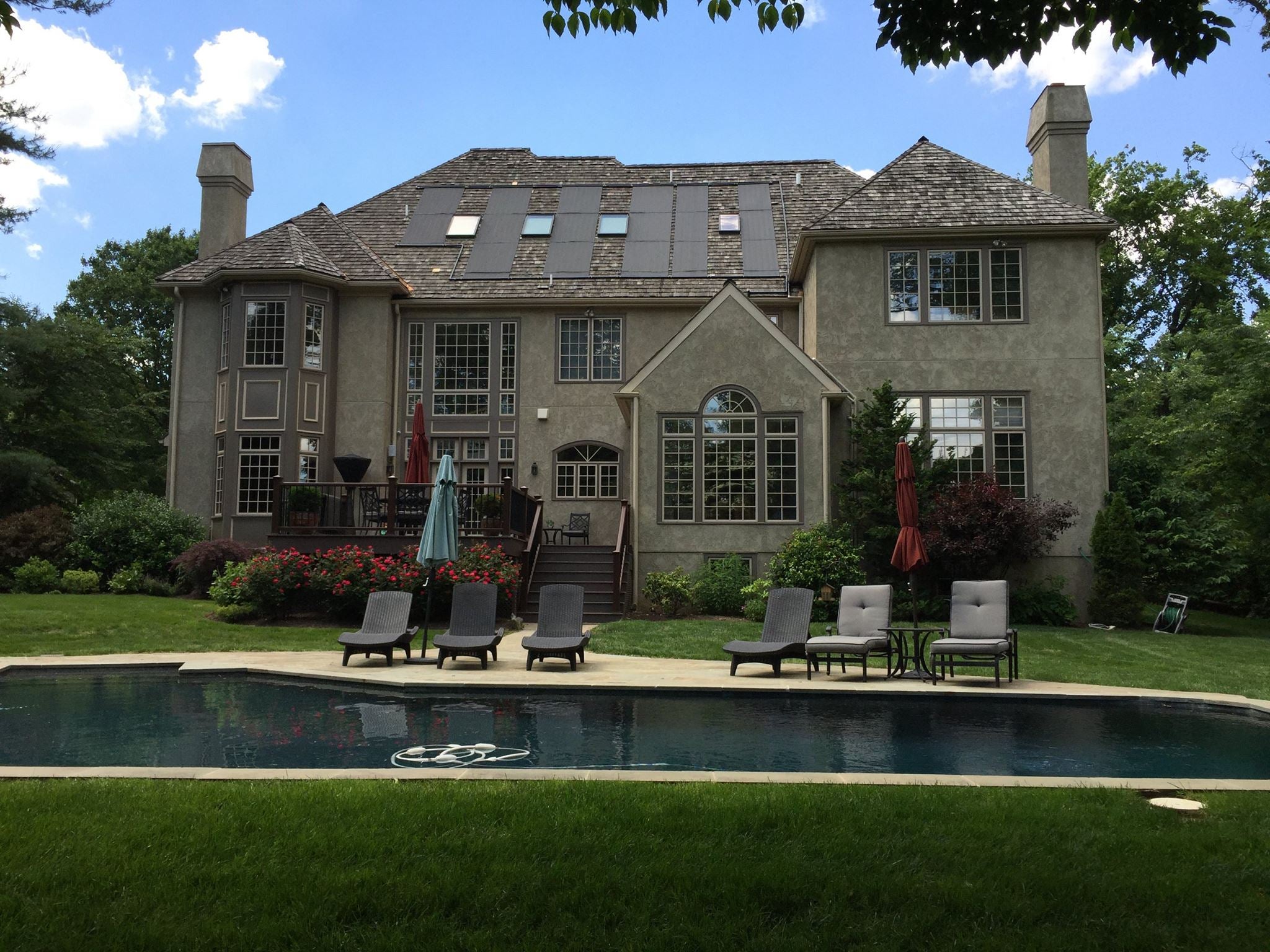 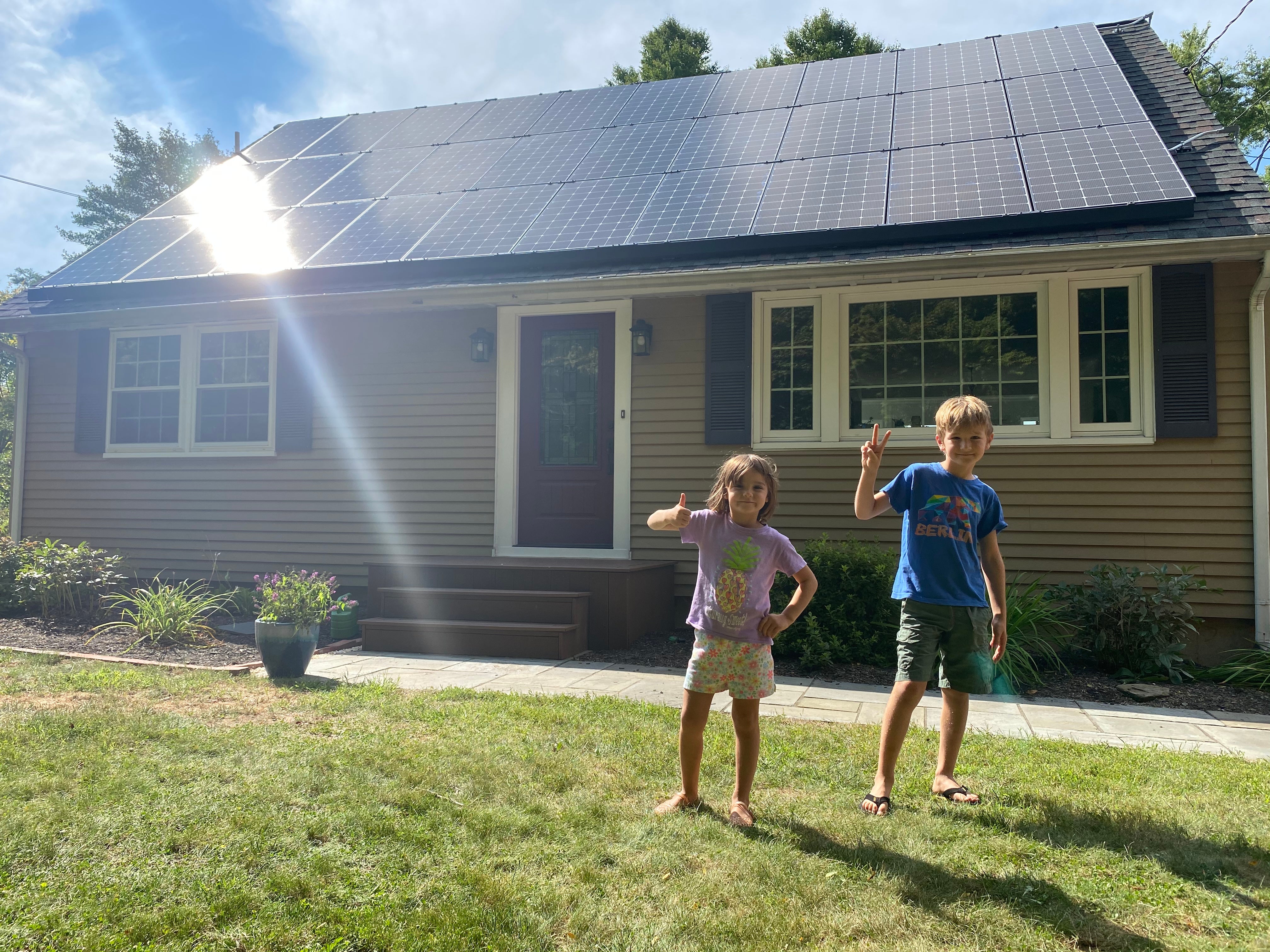 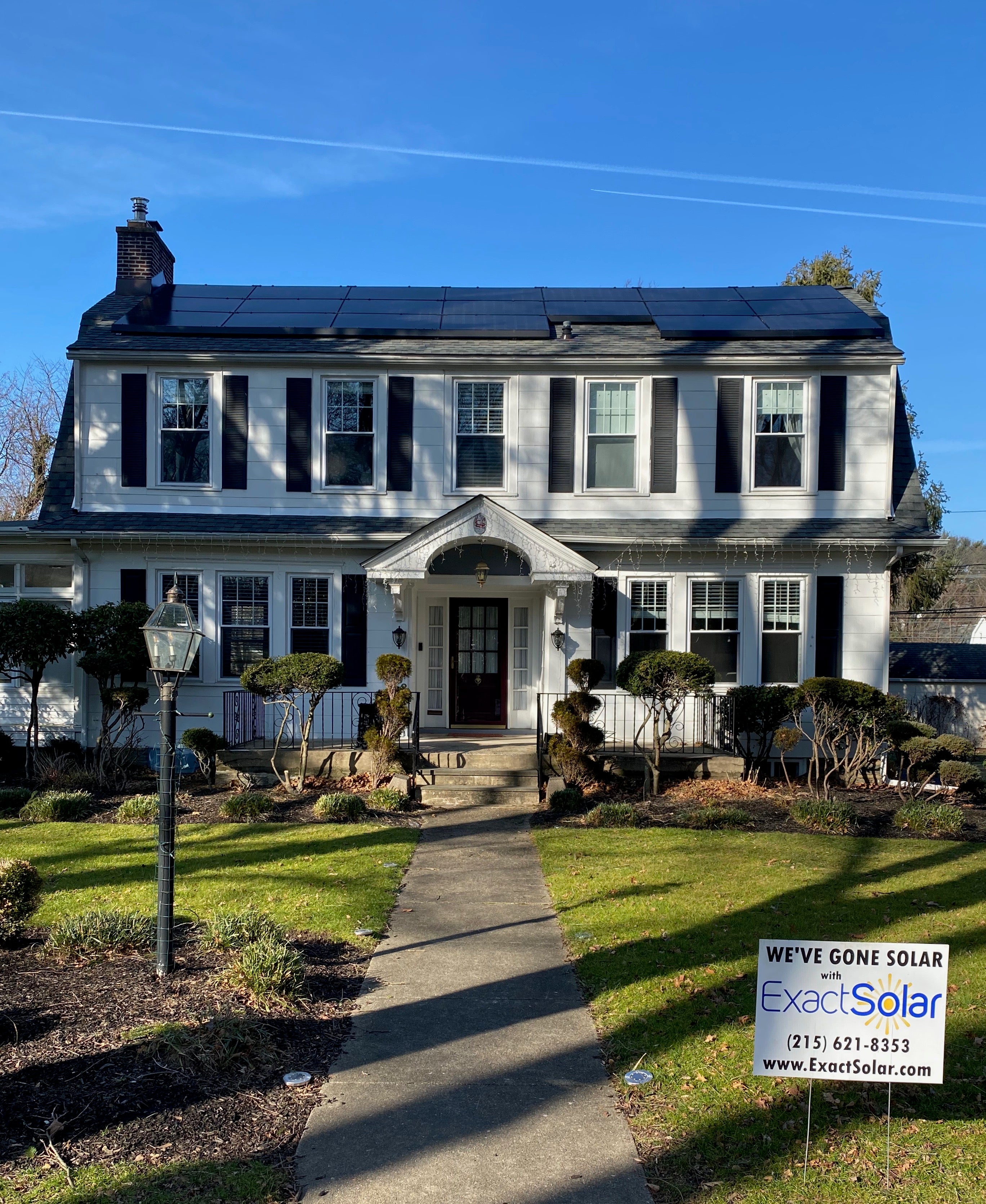 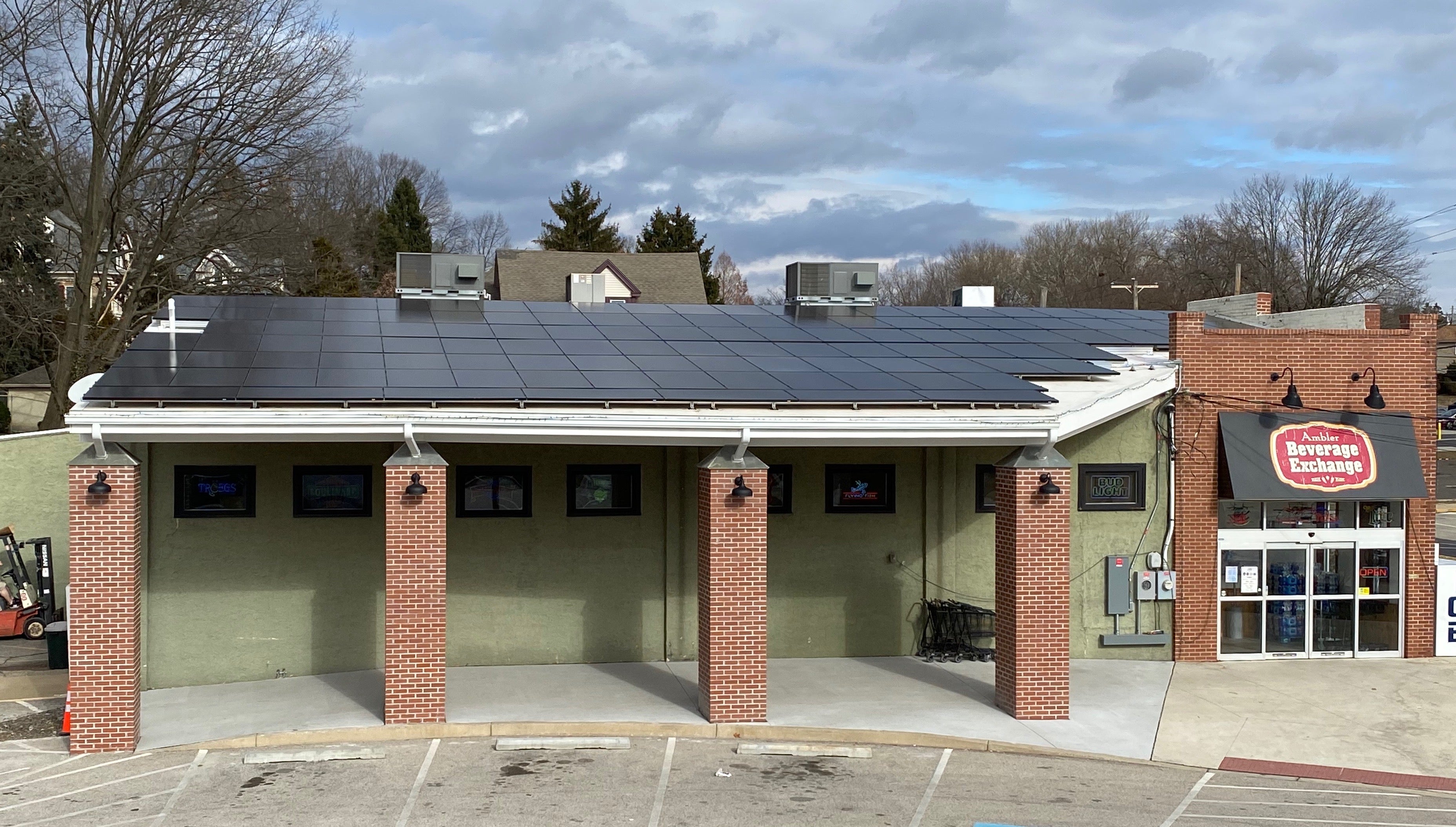 Amazing From Start to Finish!

We love the company - from the beginning stages to the end, we had questions about solar (not knowing much about it at the onset). Every person we worked with was knowledgeable, passionate about solar, and patiently answered our questions. We left the process understanding and LOVING our solar system. We cannot say enough positive things about Exact Solar. If you are interested in Solar for your home or business, you will be in the best hands with them! There is not a day that goes by when our family does not think about the awesome fact that we are producing clean energy and doing so with a system that was expertly installed and backed up by an exceptional company who bends over backwards to make sure you are happy.

We chose them because we felt confident in the sales team and proposal. The installation team did a great job. They communicated to me throughout the process, making sure I knew what was happening and getting my feedback. Overall they were very professional and I am very satisfied with the installation. I am pleased to recommend Exact Solar to anyone who asks me about the project.

Exact Solar installed our solar panel system, we've been extremely pleased with them. They were very nice to deal with, and got the job done when they said they would. What's been even better is the ongoing customer service. They have always been very prompt in responding to my phone calls and emails, and have been cheerful, helpful and proactive in resolving my issues and questions.

I am very happy we chose Exact Solar for our solar installation. I got several quotes (several via EnergySage). I ultimately chose Exact Solar primarily because of their reputation, especially after I spoke with several people who used Exact Solar for their solar installation. Choosing the right installer is about getting the installation done right and having the same high level of service after the installation is complete. This is why I chose Exact Solar. It's somewhat analogous to buying a car where you're required to service the vehicle at the dealership where you bought it. You should be really happy with the dealership. The entire process of quote, contract signing, scheduling and install was smooth and professional. The installation team was great. On the second morning of the install, my car battery was dead and the guys gave me a jump right away. Post installation, Exact Solar responded to my numerous questions promptly and professionally (and I had many, many questions). And they facilitated the process of signing me up with an SREC broker. Our solar production is already ahead of forecast. We're still in our first year and our production so far is ~11% above our estimated production for the entire first year.

Exact was recommended to my wife by some co-workers. We made contact and they followed up. Also got proposal from another company. Liked the responsiveness of this company.

Excellent Installation and Support on a Complex Job

We have a 230 year old barn with a steep, slightly wavy, steel roof. These guys were more than happy to take on the job (24Kw, 78 panels). It was complex, required a lot of support working with the utility company to accept the expanded plan (we want to increase consumption for our little farm) and came right through the pandemic and all its attendant delays. Exact's team was always patient, willing to answer our myriad questions, provided lots of documentation on our specific design and products. They helped us with a lot of unexpected challenges such as the Covid-19 restrictions, the distance of the barn from our wifi (for monitoring), and the extended timeline. They were always available, responsive, honest, and extremely professional. This is true of the sales and office staff, the owners, chief electrician, and everyone on the installation teams. We are very grateful for all their help, very satisfied with the work, and give them our highest recommendation.

This is my to go company! Did excellent job as well as follow up service!!!A+++

I initially called Exact Solar because of their A rating on Angie's list. Every interaction with this company, from the owners, salespeople, engineers, installers and billing staff has been professional and pleasant. Their expertise and experience has been evident throughout. Their installers worked through absolutely hellish winter conditions to get the installation done in December and the system has performed flawlessly since. Exact Solar also installed a battery backup that has kept us up and online through two power outages so far - particularly important for me now as I am working from home during covid quarantine. The power shifted over to the battery immediately and I was able to continue working while my neighbors were firing up their generators. They also installed two EV chargers for us, making my Bolt even cheaper to operate now. The only negative part of this experience has been my electric bills. As in, they are literally negative. Couldn't be happier with this job. A+ work all the way.

New to the Philly area, I needed advice on what solar installer to contract with. I met with Meenal Ravel, an advocate and educator with a group called Solarize Southeast PA. Among other services, they vet solar installers each year and Exact Solar was consistently one of the best. I was already aware of Exact Solar because they are listed in several national industry groups. Contracting with Exact Solar seemed a logical choice for installing a 30 panel, 9.9 kWp system on our garage roof. I reviewed my emails with Exact Solar co-owners Mark and Dara, over the months during the lead-up to the 2019 installation, and saw a long list of my questions and their answers. They always responded to my many questions promptly and accurately. Dara put together estimates of the system’s output, the point at which the system would pay for its own installation (11 years). Any questions I had that had to do with system performance or the National Electrical Code went to Mark or to Vlad, a master electrician who designs each of the systems and is operations manager. Installation of a solar array is an impressive series of steps. Early on, Jackson, a technician, came out with a device to measure sun and shade on the garage roof. He determined that a black walnut tree would interfere substantially with system performance. After I had the tree removed Jackson came back and re-measured the surroundings for a go-ahead. Jackson showed me how his instruments can infer the extent of sunlight every day of the year based on a single day’s several measurements. His measurements provide the basis of Dara’s long-term cost and payback estimates. Exact Solar presently has two installer teams, both reporting to Vlad. My sense is that management and the installers respect each other and work well together. My team was headed by Nick who is also outstanding to work with. He, along with Jeremy, a crew member, always “did the right thing”. Like running a very long power cable from my detached garage to the house. Running a very long cable means fewer wire-nut connections, and less chance of failure over time. But it’s cheaper and easier to link together shorter, leftover lengths of cable. When they were installing exterior conduit, Nick would confer with me where to put them so they’d be less noticeable. If Nick had any question about the system’s design, he’d call Vlad without hesitation. Vlad is a natural teacher, soft spoken, thoughtful and expert. Exact Solar has a culture of safety. Much of the time crews are on roofs and ladders, inherently dangerous places to work, and keeping workers safe is where everything starts at Exact Solar. The crew worked carefully, methodically, and cooperatively, without rushing. For Mark, Dara, Jackson, Vlad, Nick and Jeremy, bringing solar power to our communities is a passion, a mission in life, and a commitment to a viable future and not simply a business. If I had a chance to do this install over again, I would not change a thing.

Process was seamless, Dara/Mark and team took care of everything, right from bidding for SREC to finalizing financing with PSEG. Very professional and knowledgeable. You can ask any questions regarding cost benefit analysis and they will provide all relevant details for you to make the decision. And very prompt with their responses. Could not have asked for anyone better for our solar installation.

Based in Yardley, Pennsylvania, Exact Solar has helped thousands of your neighbors in the Greater Philadelphia area go solar over the past 16 years. Known as subject-matter experts not only on all types of solar energy systems, but also more broadly on battery and other clean energy technologies and policies, we stay on top of the latest trends and technology advancements so our customers can be sure they're getting the right system for their home or business, using top quality components, and installed by our own, skilled and caring employee installers. We provide complete turn-key installations and take care of everything from engineering to permitting to post-installation inspections and final state incentive paperwork. Our customers reduce or even eliminate their electric bills, insulate themselves from rising utility rates, and start saving money right away. Come join our Exact Solar family. Power your Property, Free your Wallet, and Save the Planet!