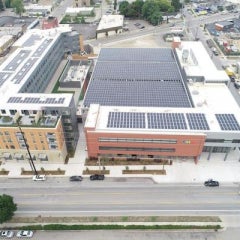 The new system is installed at Circuit West district in Grand Rapids, MI. The area is a 13-block testbed energy efficient building construction as well as renewable energy and storage that’s being developed led by Consumers Energy and Rockford Construction. 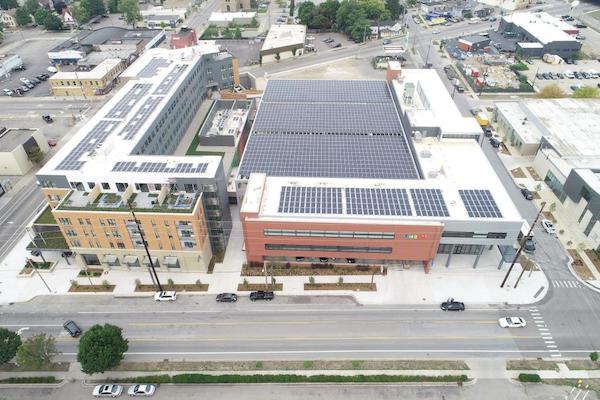 “Today, there is very little storage on the grid, so electricity is generated just moments before you use it,” said Garrick Rochow, Consumers Energy’s senior vice president of operations. “With large batteries, we will make our grid more efficient, effective and sustainable. It’s a critical part of Michigan’s energy future and it’s happening here at Circuit West.”

Sen. Debbie Stabenow (D) was on hand at an unveiling of the project. “With this first-of-its-kind solar, battery storage system, West Michigan is leading the way to our clean energy future,” she said. “Projects like Circuit West will ensure more families and businesses have greener and more reliable energy.”

The new system is Consumer Energy’s second large energy storage storage system. It previously installed a 1-megawatt battery at its Parkview Substation at the Western Michigan University Kalamazoo campus. Each will allow the utility to study the impact of energy storage on the grid and the newer installation will allow it to see how it works in tandem with a local solar project.

“This rooftop solar array can power up to 100 homes and is part of Consumers Energy’s commitment to increasing our use of renewable energy to 40 percent and ending our use of coal to generate electricity,” Rochow said. “Our Circuit West work is putting into action our triple bottom line of People, the Planet and Prosperity.”