PERC solar cells - are they the best choice? 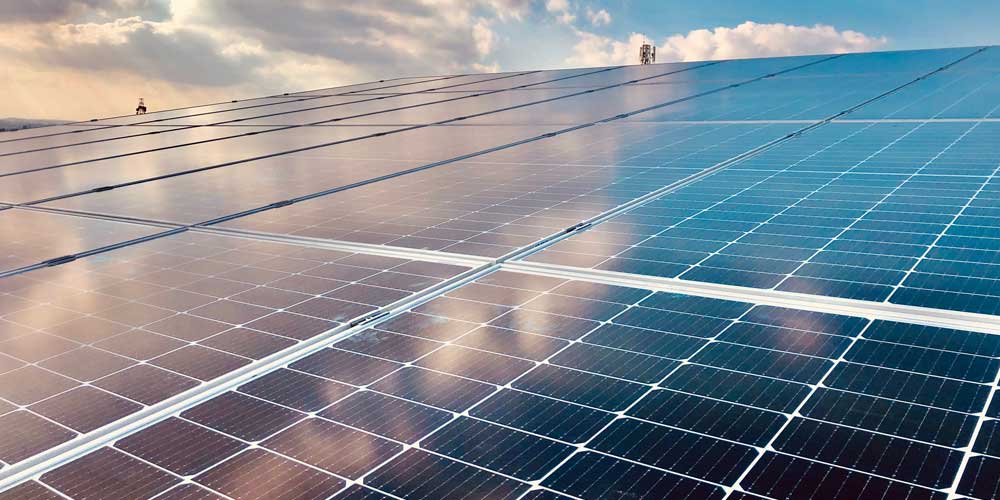 In the never-ending quest for increased solar panel efficiency, materials engineers try a lot of different things to make photovoltaic cells turn solar energy into as much electricity as possible.

Most people don’t really have a reason to care about PERC, but what’s important to know is that it’s becoming one of the most popular ways to manufacture solar cells. It is a simple and cost-effective way to make more power from the same amount of space.

If you’ve gotten a quote from a solar installer and are choosing between different solar panels and price points, you might be interested to know about how high-efficiency PERC solar panels compare to other varieties of solar panels.

What are PERC solar cells?

PERC is a technology which is used to improve the efficiency of solar cells by capturing as many extra photons as possible without fundamentally changing how a solar cell works.

When these cells are built into a solar module, the unconverted photons can hit the aluminum back layer and turn into heat, which reduces cell efficiency. Other photons excite electrons that end up getting recombined without flowing through the cell’s wires, meaning they don’t generate electricity.

The diagram below shows a cross section of a typical solar cell built into a module. These are the layers, from top to bottom:

When built into a solar module, the passivation and capping layers prevent electrons from hitting the back contact on top of which the cells are laid. PERC cell technology makes it so that more photons are captured by the silicon, meaning each cell makes a little more electricity than it would without the PERC layers. The maximum efficiency of PERC cells is about 23%, compared to about 21% for traditional monocrystalline silicon cells.

The diagram below shows a cross section of a PERC solar cell built into a module. These are the layers, from top to bottom:

Pros and cons of PERC technology

PERC technology is not a new technology, having been invented in 1983 by Australian scientist Martin Green and his team at the University of New South Wales.

But commercially-available PV modules built using PERC solar cell technology are relatively new because materials scientists had to solve some problems before bringing the technology to market.

As we described above, PERC technology reflects photons back into the silicon layers, causing the cell to produce more power and preventing electron recombination. These two benefits result in increased energy conversion efficiency and decreased heat in solar modules. They also ensure the cells work better in low light by producing meaningful voltage with less light than standard solar cells.

Finally, PERC solar cells are relatively easy to make because manufacturers can use almost all of the same equipment and materials they use to make less-efficient solar cells. PERC technology can be added to both mono and polysilicon solar cells, and works well in bifacial applications, as well.

This ease of manufacturing has resulted in a sharp increase in PERC cell production since 2010, and according to German mechanical engineering trade group VDMA, mono PERC and similar technologies now account for over 60% of the global PV cell marketplace.

The cons of PERC solar cells have largely been mitigated in recent years, but it is important to point out why PERC didn’t catch on in the ‘80s when it was first invented. Chief among the concerns with this technology is a problem called Light-Induced Degradation (LID), which occurs in all silicon solar cells, but can be especially pronounced in PERC cells.

LID occurs when boron from the positive silicon layer and oxygen mix, and usually results in a small, immediate reduction in power generation capability. This problem can be worse in PERC cells, which usually have extra boron, but all companies that produce and use PERC cells have come up with ways to fight it.

Another type of problem that can occur in all silicon solar cells is called Potential-Induced Degradation (PID), which can happen when a difference in potential energy exists between the cells and materials of a solar module and the ground.

It’s very complicated, but there is an international standard for module construction that manufacturers can follow, and all manufacturers worth their salt have implemented their own steps against PID.

Your best bet is to choose a high-quality solar module manufacturer and read about the steps they take to mitigate PID and LID.

Many solar module manufacturers use PERC solar cells in their products. Among the best of these are:

What are the alternatives to PERC technology?

PERC is one of the easiest and most cost-effective ways solar cell engineers have found to improve the efficiency and performance of solar cells.

As we discussed above, the technology does have its drawbacks, and overcoming them is not a trivial matter. PERC is also a relatively mature technology, and it can’t be used to push efficiency much higher than existing top-of-the-line cells.

That’s why many solar manufacturers are using alternatives to PERC that each have their own benefits and drawbacks. Here’s a quick rundown of other mainstream technologies currently used to increase solar cell efficiency: Tunnel Oxide Passivated Contact, heterojunction, and perovskites.

There’s that word “passivated” again. In fact, TOPCON technology is basically just the next generation of PERC, and like its forbear, it can be added to cells manufactured in the traditional way. TOPCon involves adding an ultra-thin layer of silicon dioxide (SiO2) and a layer of polycrystalline silicon doped with phosphorus.

Because TOPCon is the next logical step after PERC, it does not add a great deal of additional cost to the finished product. It can produce additional gains in efficiency over PERC, but its theoretical maximum efficiency is 23.7%. It’s important to note that current TOPCon technology tops out at a little over 22%, though.

Heterojunction solar cells are made of alternating layers of traditional crystalline silicon and amorphous silicon, the latter of which is normally associated with thin-film solar panels. By combining the two different kinds of layers, HJT cells absorb more wavelengths of light, and the different layers work together to make the cells the most efficient on the market today.

Unfortunately, HJT technology cannot be made in the same way traditional solar cells can, so it requires significant re-tooling and new industrial processes. This tends to make HJT solar modules quite expensive, although they do carry a reputation for premium quality and high performance.

HJT solar cells have a theoretical maximum efficiency of greater than 26.7%, but current offerings from companies like REC Solar and Panasonic top out around 24%.

Perhaps the most exciting and furthest-off technology to improve the efficiency of solar cells is called perovskites.

Perovskites are a class of materials that have a certain crystalline structure that makes it extremely easy to produce and carry electrical charges in photovoltaic applications. This characteristic means a solar cell made using perovskites could have a conversion efficiency as high as 38%.

Unfortunately, many naturally-occurring perovskites contain lead, which is toxic. Safe artificial perovskites have been created using tin, but they are very difficult to work with and degrade much faster than their lead-based cousins.

Oxford PV, the world’s leading perovskite solar cell manufacturer, has created “tandem cells” by embedding a layer of perovskites on top of traditional silicon solar cells. These cells set a world record for efficiency of 29.52% in December of 2020. Oxford PV hopes to sell its products to the residential market starting in 2022.

If they can pull it off at a reasonable price, they might make PERC, HJT, and all the other technologies seem like old news.

The final word on PERC

If you’re a homeowner in the USA who has been looking for quotes for solar, you’ll probably get at least one quote that includes PERC solar panels.

As we’ve discussed above, these panels are likely to be more efficient than traditional solar panels, which means they’ll produce more electricity in the same surface area. If maximizing your roof’s potential for energy generation is important to you, modern PERC solar panels from a top manufacturer will be one of your best options.