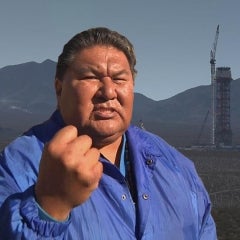 A new documentary, “Who Are My People?,” is stirring controversy around some of the giant, utility-scale solar projects that are emerging in the southwest desert. The documentary, by filmmaker Robert Lundahl, looks at these projects through the eyes of Native Americans, who have challenged numerous projects planned for California’s Mojave Desert. Some of the desert land is considered sacred to certain Native American nations. The film premiers in California on June 22 at the Joyce Beers Uptown Community Center in San Diego.

In a director’s statement, Lundahl explains the genesis of the documentary: “In the winter of 2010, I journeyed to Blythe, California, at the invitation of Sr. Alfredo Figueroa to see the Blythe Intaglios,” he writes. “Sr. Figueroa showed me numerous mountain images, petroglyphs and geoglyphs, which are the footprints of ancient peoples of California. I learned also that a large number of these sites are endangered due to the proposed construction of large solar facilities by utility wholesalers from as far away as Florida and Germany.” 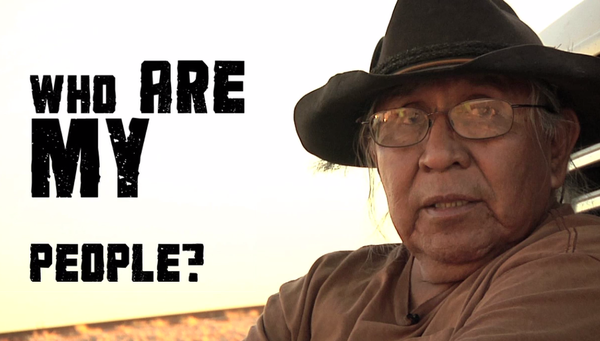 The documentary chronicles Chemehuevi, Quechan and the efforts of other indigenous peoples, which have included lawsuits brought by Figueroa ‘s La Cuna de Aztlan Sacred Sites Protection Circle and others, to stop or temporarily halt some of these projects. Chief among them the 7,000 acre Blythe Solar Power Plant proposed by the now bankrupt Solar Millennium (the project has been sold to NextEra Energy). While the solar power plant is still in the works, NextEra has scaled back the size and is converting it from a concentrating solar array to photovoltaic array.

“It’s an eco-justice issue, and a human rights issue. This fast-track process of leasing pubic and indian lands violates seven or eight U.S. laws, and all 24 provisions of the United Nations Declaration on the Rights of Indigenous Peoples (UNDRIP),” Lundahl says. He adds, “It doesn’t matter if you say you’re green or not. There can be no respect for the environment without respect for the people and cultures that grew from it.”

It’s an interesting portrayal of the issue of whether or not the U.S. should be developing giant solar projects in the desert where life is sparse but precious and where ancient Native Americans made giant geoglyphs (which can be seen from the sky) and petroglyphs, some of which are now being destroyed as giant solar and wind projects are being constructed. Or, as Lundahl asks, “Are we seriously setting back the treatment of Indians 150 years, rolling back any real sovereignty, and once again taking their lands and history for the profit of private companies on public lands?”

However, it doesn’t appear that the documentary explores how other indigenous tribes, like the Moapa Band of Paiutes, are embracing large-scale solar. That tribe has partnered with K Road Power to build a 250 megawatt array on roughly 1,000 acres on the Moapa River Indian Reservation, where they see it as a way to create jobs for tribe members, and gain money for the tribe through the sale of the power produced. At the same time, the new solar project will help speed the closure of a nearby coal-fired power plant that has led to health issues for the tribes' people.