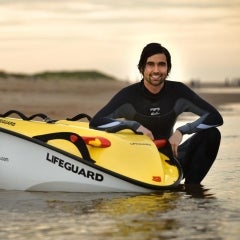 Lighter than a jet ski and more powerful than a surfboard, a new solar-powered watercraft designed specifically for rescue missions may save lives more efficiently than other rescue vehicles. Dubbed ASAP, which means “As Soon As Possible,” the eco-friendly watercraft utilizes the sun’s rays to charge its electric motor.

British designer Ross Kemp was training as a lifeguard when he observed a weakness in the water rescue industry. “I found that existing beach life-saving equipment was outdated and very traditional,” Kemp said. “I found a market opportunity between floatation devices and powered rescue crafts.”

Kemp recognized the difficulty of towing while carrying a body through water. “I spoke with lifeguards and realized in sea conditions this is made even more difficult,” Kemp said. “So I set about designing a small powerful water rescue craft for lifeguards.” 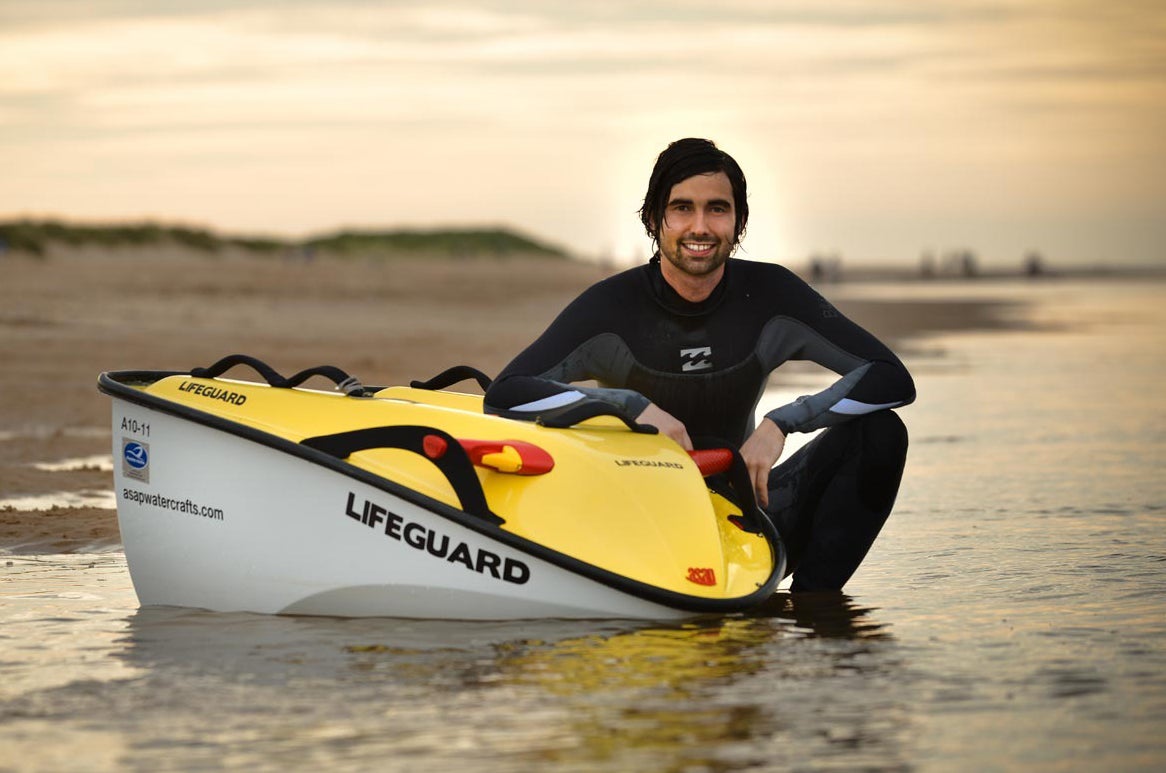 While many rescue aids are adapted from leisure vehicles, Kemp designed a vessel precisely for water rescue purposes. For months, he studied on-duty lifeguards and received input from international competitive sport lifesavers and other experts. ASAP was therefore created with “sound research and extensive analysis of existing rescue equipment and the concept has undergone rigorous tests to prove its efficiency and effectiveness,” according to DesignBuzz.

Jet skis used in rescue efforts are undoubtedly faster at reaching victims in distress, as ASAP can only reach 15 mph. But Kemp is working to create a more powerful motor—and the solar-powered watercraft is three times cheaper than a typical jet ski, making the device more affordable for safety patrol stations.

Justin Becker of Kirkland Fire in Washington State said his team wants to invest in jet skis for water rescue because they’re “fast and easy to maintain.” But fuel-guzzling jet skis aren’t the most environmentally friendly watercrafts. In fact, a day’s ride on a 100-horsepower jet ski emits the same amount of smog-forming air pollution as driving 100,000 miles in a passenger car, reports the California Resources Board.   ASAP’s design provides buoyancy and the V-shaped catamaran hull allows the vessel to cut smoothly through flat water, and better navigate choppy conditions. The solar-powered rescue aid includes a sloped platform in the center, where lifeguards can easily lift unconscious swimmers out of the water with their heads tilted back to monitor vital signals.

While ASAP is currently in its second prototype phase, it has already won an award for Best Startup Business in the UK Lloyds TSB Enterprise Awards, CNN reports, and Kemp is brainstorming ways to expand on his idea. "I'd love to be able to offer solar charging stations to local councils so they can charge their watercrafts whenever they need to," he said.

But for now, Kemp is hopeful that his clean energy design will help prevent drowning deaths at a price tag that more rescue units can afford.  “Surely if it helps lifeguards save one extra life it’s worthwhile,” he said.