Between 2011 and 2014 solar power production grew by 577 percent and wind power grew 40 percent across the US, with states leading the shift to renewable energy. That’s according to the most recent findings in Georgetown Climate Center’s “State Leadership Driving the Shift to Clean Energy: 2016 Update.” 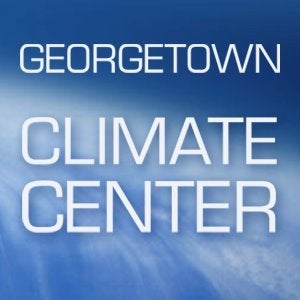 The new report comes out following the election results in the US and during COP 22 where world leaders are discussing climate change and clean energy solutions. It updates the center’s December 2013 report and shows how 19 states from California to New York and Louisiana to Minnesota are leading the shift to clean energy.

“State leadership on clean energy is important for so many reasons,” Arroyo said. “States are enacting policies for a variety of reasons, and the result is less pollution, improved public health, better job opportunities, and energy cost savings for consumers.”

Since its last report, the center said the US power sector has seen a dramatic increase in renewable electricity generation and less-polluting fossil fuel sources, energy efficiency investments that have resulted in energy savings. The states studied have dramatically reduced emissions while diversifying their power generation mix.

“These changes are being driven by a variety of factors, including the decreasing cost of solar and wind generation and the low cost of natural gas. But one consistent, critical factor has been the role of state policies across the country,” the report stated.

Among the case studies, the Georgetown Climate Center found that some states including California, New York, Oregon, Rhode Island and Vermont have strong renewable portfolio standards and some, like California, have significantly increased their renewable requirements. While other states, among them Connecticut, Massachusetts, Nevada and Tennessee, are using power-purchase agreements to procure renewable energy on a long-term basis. “Connecticut and Rhode Island are using innovative financing mechanisms to support clean energy development, and Massachusetts and Nevada are doing the same through tax policy,” the report stated.

Across the country, the report also found that states have increased energy savings by an impressive 7 percent between 2013 and 2014. The savings are coming from policies that include energy efficiency goals, executive orders to better manage state government energy consumption and dedicated funding streams for in-state energy efficiency projects.

These policies are bringing investments and well-paying jobs to the states as well, according to the report. “Nevada’s Renewable Energy Tax Abatement program has attracted more than $6.5 billion in economic benefits or in-state investments and created more than 4,000 jobs paying an average of $41 an hour,” the report observed.

The center said that both reports were undertaken to highlight which state policies are successfully speeding the transition to clean energy. In the hopes that the policies could be adopted in other states.