Yesterday (Dec. 19) Maine’s Public Utilities Commission said it needs more time to make a decision on net metering in the state. The commission is trying to decide whether to expand that state’s net-metering program or let it end now that it reached roughly 1 percent of the electric grid’s capacity in the state. As such the decision won’t be made until next year.

This past January Central Maine Power Co. (CMP) told the commission it had reached its capacity level for distributed rooftop solar power and asked the review the state’s net metering policy to determine whether or not it should continue as is or end it. Even prior to the action by CMP the state already was working on new rules for net-metering. 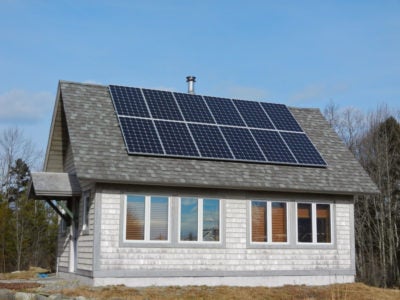 "This is an important rule and more time is needed to consider the proposed rule in light of the comments we received to ensure that the rule treats all ratepayers in a fair manner," said Commission Chairman Mark Vannoy. "It remains clear that changes in technology and costs of small renewable generation, particularly solar PV, require a careful review of the current rule and potential modifications. The comments and participation of stakeholders to date have been helpful. The rulemaking process is iterative and therefore takes time. This process is occurring pursuant to the current law and rule. Should the legislature change the applicable law, the commission will act accordingly," he added.

At this point, the current rule remains in place. Net-metering continues to be one of the most important policies to expand rooftop solar in states across the US. In Maine, the policy had allowed full retail credit for the price of power generated by rooftop solar. Under the proposed rule it would be stepped down over through 2025. It would be reduced by 10 percent annually over a decade starting with customers who go solar in January 2017. It would also impose transmission and distribution (T&D) on rooftop solar arrays.

The new proposed rules were met with criticism by the solar industry. For instance, ReVision Energy’s Matt McGillvray issued a statement contending: “Ignoring its own Value of Solar study and the directive of the legislature to develop policy to accelerate solar energy investments and projects in Maine, the Maine Public Utilities Commission has proposed a draft set of rules on net-energy metering which would significantly weaken the economics of solar investments and slow down rather than accelerate the construction of solar projects. This proposal is clear evidence that the PUC is the wrong authority to be creating solar policy because the draft rules are not only unworkable, but also likely illegal and undeniably move Maine’s solar policy in the wrong direction.”