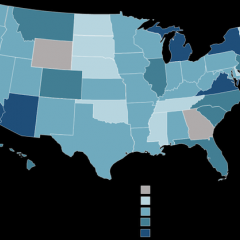 As solar power continues to grow across the US states are having to visit or revisit how home and business owners can install rooftop solar systems. Last year 47 states and Washington, DC, undertook such policy actions, which are becoming increasingly complex as solar reaches more in the US.

“Distributed solar policy and rate reform continued to sweep the nation in 2018, with nearly every state considering changes,” said Autumn Proudlove, lead author of the report and senior manager of policy research at NCCETC. “We expect to see even more activity in 2019, as some states consider increasingly intricate policy designs.” 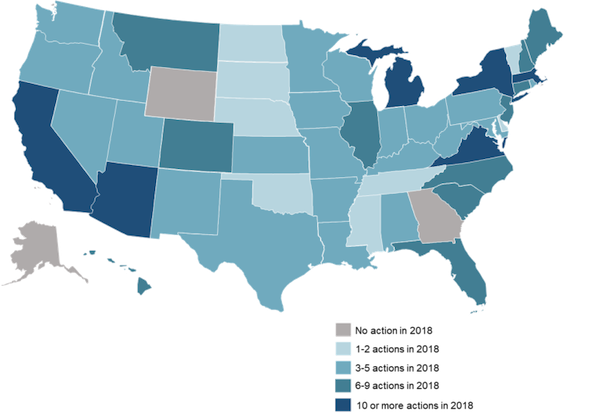 In its 2018 annual review and Q4 update edition of The 50 States of Solar the NC Clean Energy Technology Center (NCCETC) found that almost every state undertook policy actions on solar, with 264 different policies proposed, decided or pending in 2018. The majority of which surrounded residential fixed charge increases, net metering policies, and community solar policies.

“The number of distributed solar policy actions has increased every year from 2015 to 2018,” observed David Sarkisian, senior policy analyst at NCCETC. “The complexity of the policies under consideration has also increased as states move to account for temporal and locational value in compensation frameworks and to address the interaction of solar with complementary technologies like energy storage.”

The report singled out some states’ actions, including in Massachusetts, where regulators approved a mandatory demand charge for residential customer-generators but the legislature overturned the charge and Michigan where regulators approved a net metering successor tariff. Maine’s former Governor Paul LePage (R) vetoed significant net-metering policy and its utility commission restored net metering for medium and large non-residential customers.