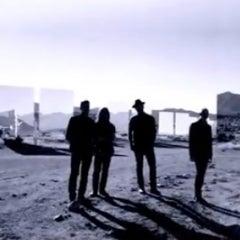 While the 377-megawatt Ivanpah Solar Energy Generating System is a star among the solar community, the project recently got to be a star in another way. The Denver-based rock band, The Fray, used the monolithic solar project as the background for their latest video “Love Don’t Die,” which features a kaleidoscope of swirling images as the band walks across the sparse desert land and among Ivanpah’s heliostats. The heliostats reflect the sun’s thermal energy onto the central towers of Ivanpah where the sun’s concentrated thermal energy super-heats water into steam that’s then used to produce electricity similar to a conventional steam turbine system.

Why The Fray chose the scene as the backdrop for their latest video, they haven’t said. But with a name like “Love Don’t Die” perhaps they're tying into the idea that love, like the sun’s power, is perpetual. Then again the album the new single is on the band’s upcoming album Helios, which of course refers to the sun as a Greek god. Everyone will have to wait to find out because the new album isn’t coming out until Jan. 14, 2014. 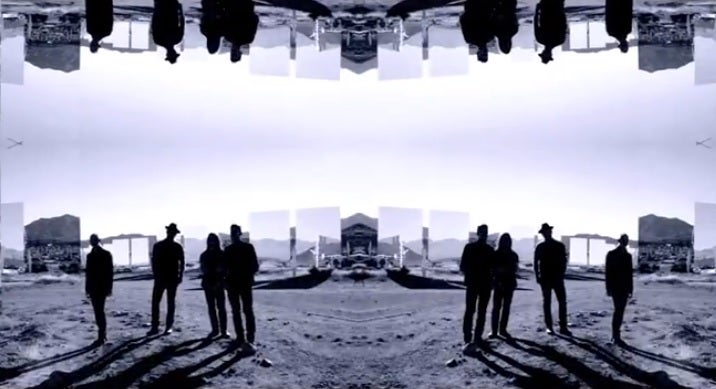 Then again it’s a fortuitous time for such a video featuring the giant solar project in a way that it normally wouldn’t receive attention. After all the project, which began in 2009 and broke ground in 2010, is nearing its final stages of completion. Last month Ivanpah performed its first grid sync wherein they focused the heliostats on the first tower (the whole project consists of three tower systems), heated the water in the tower into steam, used it to produce electricity and sent the solar energy onto the grid, where it helped power homes and businesses in California.

While The Fray haven’t come out as environmental activists or overt supporters of renewable energy, the band is certainly happy to refer to its organic growth and roots, which extend back to 2002. Since then, they have landed on top billboard charts and toured the world. Perhaps the inclusion of the Ivanpah project in their new video will help to popularize concentrated solar power with the more of the world and the U.S.

As the project, which was designed by BrightSource Energy and is being built by Bechtel for the project owners comes online, it’s sure to get more press (partly because it’s also part-owned by Google and NRG Energy).