Over the past few weeks not one but two countries have reported that renewables provided almost all of their electric needs, in fact renewables like wind and solar did provide all of one nation’s needs for days!

They weren’t small Mediterranean island nations, either. They were Germany and Portugal—the latter of which was powered solely by renewables, solar wind and hydropower, for four days straight! 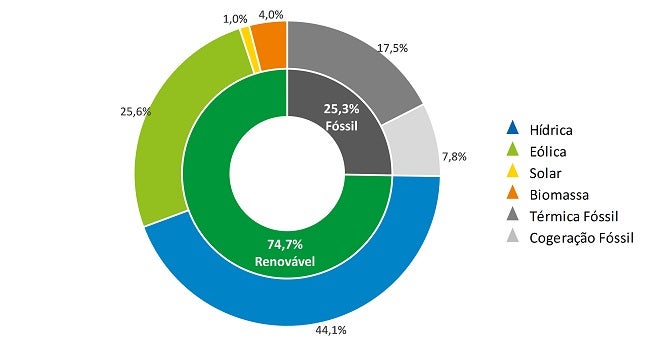 The news from Portugal was reported by the Portuguese Associação Sistema Terrestre Sustentável (A ZERO), which found that Portugal was fully powered by renewable sources between the morning of May 7 and the evening of May 11. “This corresponded to a total of 107 hours at a time where it was not necessary to resort to any source of non-renewable electricity production, particularly the production of thermal power plants to coal or natural gas,” according to a Google translation of A ZERO’s statement.

“News of the zero emissions landmark comes just days after Germany announced that clean energy had powered almost all its electricity needs on Sunday, May 15,” reported The Gaurdian’s Arthur Nelsen.

In fact, provisional data in Germany from Agora Energiewende found that solar and wind power provided up to 45.5 gigawatts of electricity when demand was 45.8 gigawatts. “Power prices turned negative during several 15-minute periods yesterday, dropping as low as minus 50 euros ($57) a megawatt-hour, according to data from Epex Spot,” Bloomberg’s Jessica Shankleman reported.

Perhaps the first country to source all of its energy from renewable energy for a short time was Denmark. Last July (2015) wind power provided 140 percent of its electric needs for a short time. In that case the country was able to export excess electricity to Norway, Germany and Sweden.

All of these cases are showing that renewable energy can, indeed provide for all electric demand—they’re also showing how far behind the U.S. is in terms of implementing renewables on a massive scale. At least one U.S. town, Borrego Springs, in California, has shown that it can operate purely on solar power. The town was forced to do so last year when crews had to replace a lightning-damaged power line. During that time the town relied on a local microgrid, energy storage and solar power to manage and provide all of its electric needs.

While of these scenarios show the potential of renewable power to meet electric needs, they also show the need to modernize the electric grid and incorporate more energy storage as well as updating the grid. Because when renewable energy is providing more than enough electricity to power local demand, the excess energy has to go somewhere.