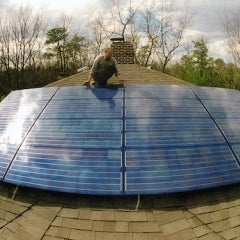 However, the legislation is a stepping stone to a longer-term sustainable energy policy for the state, which had been a leader in solar energy for a number of years. The state’s Board of Public Utilities (BPU) actually is expected to meet to address New Jersey’s Energy Master Plan for the coming years. 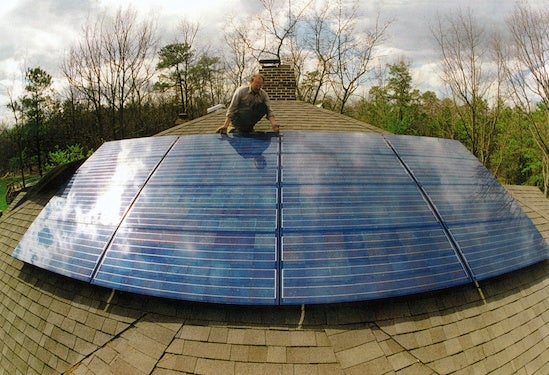 Prior to signing the bill into law, New Jersey’s utilities were only required to source 2.5 percent of their electricity from net-metered electric systems. The NJSpotlight reports that the state already is above that threshold. In the past the state’s lawmakers have had to step in and tell the BPU to allow more solar power already. The expansion, though small, should allow the state up to three years to come up with a better solution, according to the NJSpotlight’s sources.

Meanwhile, as the state heads into debates about its energy future, advocates are already lining up to push for clean energy. For instance, yesterday Jeff Tittel, director of the New Jersey Sierra Club, wrote an editorial for The Star Ledger. “Never has our energy future been clearer than it is today between clean energy and dirty fossil fuels,” he wrote. “We have a choice between more dirty fossil fuels, pipelines, oil trains and pollution or renewable energy, energy efficiency and a green economy.”

Tittle pointed out that New Jersey needs to take action to address clean energy now. Particularly since President Obama introduced his Clean Power Plan last week and since New Jersey previously rolled back its renewable energy standard requirements from 30 percent in the 2008 master plan to 22.5 percent in the 2011 master energy plan. “We need to push for a 30 percent reduction in energy use through energy efficiency by 2030. We need to look at the long-term to get rid of dirty fossil fuel sources like closing the state's three coal power plants. We should have a goal of 80 percent of our energy to come from renewable sources by 2050,” he said.