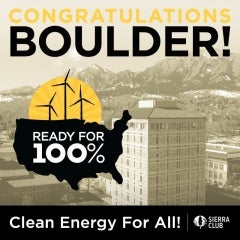 Yesterday (Aug. 31) Boulder, CO, Mayor Suzanne Jones announced that her city will source all of its electricity from clean energy sources like wind and solar power by 2030. Jones made the announcement at a Ready for 100% event which was hosted by the Sierra Club Rocky Mountain Chapter, Environment Colorado, Google Project Sunroof and the Climate Reality Project.

"Boulder is committed to achieving 100 percent renewable electricity by 2030, as part of our strategy to achieve 80 percent greenhouse gas emission reductions by 2050,” Jones said at the event. “Climate change is the issue of our time, threatening to fundamentally change the way we live our lives.…Yet, it is increasingly clear that Congress is not going to address climate change; cities like Boulder need to take the lead. We can act as a model for cities across Colorado to craft a sustainable future by shifting our energy model from the dirty fossil fuels of the past to clean, renewable energy.” 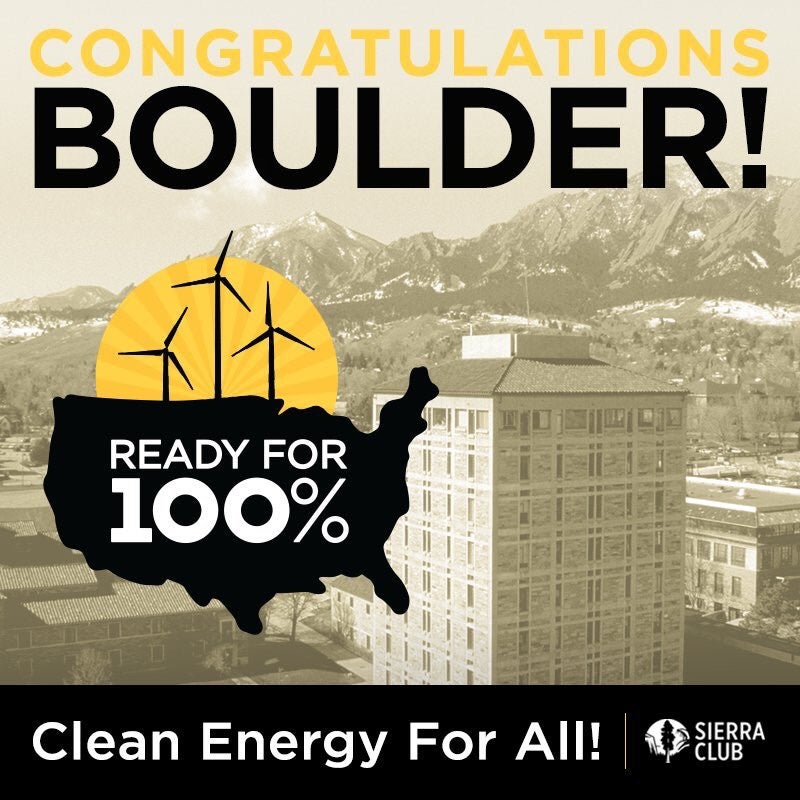 In making the announcement Boulder joins 17 other cities across the country that have now announced plans to source all their electric from clean energy, according to The Sierra Club, which is spearheading the Ready for 100% campaign. Other cities that already have made the pledge include Aspen in Colorado (which is now powered solely by clean energy), San Diego and most recently, Salt Lake City.

During the event Denver's Climate and GHG Program Administer Thomas Herrod stated that Denver also will examine how Denver can transition to 100 percent clean energy. "Denver recognizes that our goal of 80 percent reduction in GHG emissions by 2050 will require big shifts in how we power our buildings, homes and transportation sector," he said.