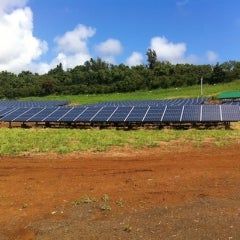 Given that Arizona has some of the best solar resources in the world, it shouldn’t be much of a surprise that the state has the most solar power per capita. That’s according to a new report from Environment America Research & Policy Center. However, some of the other states that round out the top 12, like Delaware and Vermont, might be a bit more of a surprise.

In the report “Lighting the Way: What We Can Learn from America’s Top 12 Solar States” released on July 23, Environment America discussed how policies have led the nation’s top states to adopt solar. The most important policy: net-metering. And while net-metering is facing serious challenges in Arizona, it has helped the state become a leader in the U.S. Overall, Arizona tops the list with 167 watts of solar per person installed. The list is rounded out—in order of most per capita—by Nevada, Hawaii New Jersey, New Mexico, California, Delaware, Colorado, Vermont, Massachusetts, North Carolina and Maryland. 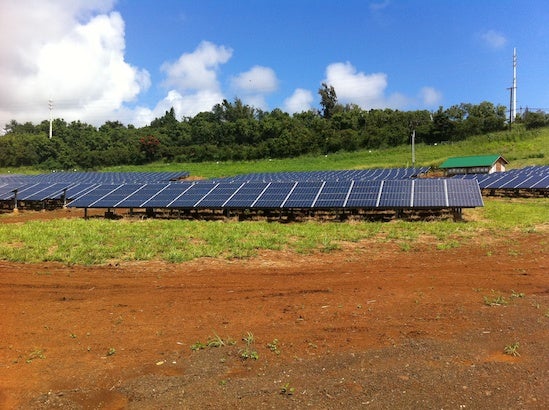 In addition to policies that support solar, the states also took advantage of the steep price drops in solar. The report pointed to the Solar Energy Industries Association (SEIA) and GTM Research's “U.S. Solar Market Insight: 2012 Year-in-Review” which showed that the U.S. had more than three times as much solar capacity as it did in 2010, and more than 10 times as much as it did in 2007. These figures indicate a rapid growth in solar adoption over the last five years, while the price of solar simultaneously fell by 26 percent in 2012, following previous price drops.

“There is now more than 8,500 MW of cumulative solar electric capacity installed in the U.S.—enough to power more than 1.3 million American homes,” explains Rhone Resch, president and CEO of SEIA.

The report was written by Tony Dutzik of the Frontier Group and Rob Sargent of Environment America. “More and more, homes and businesses are turning to solar as a pollution-free energy source with no fuel costs,” Sargent said. “With the increasing threat of global warming, these leading states must continue their momentum and other states must catch up.”

States that led the nation for solar adoption on a per-person basis didn’t just happen. The report states that of the 12 leading states, policies like net metering, renewable energy standards and interconnection policies were key to the adoption of solar energy. In fact, 11 of states had strong net metering policies and renewable electricity standards. And 10 of the states had statewide interconnection policies, which helps make it easier for people to connect their solar arrays to the grid. Another key element for most, but not all the states were policies that allowed third-party ownership agreements or property assessed clean energy (PACE) financing, which allow homeowners to go solar with little or no up-front costs.

The report also reveals that other states can take similar steps to adopt more solar. “There is no reason why other states cannot follow the path established by the Dazzling Dozen to create vigorous markets for solar energy in their own states,” the report concludes.

To help maintain the momentum towards solar adoption, Environment America said the federal government should continue the Investment Tax Credit and encourage responsible development of solar on public lands. It should also support advanced solar technologies to help reduce the cost of solar energy. “Right now, only a small fraction of our energy comes from solar,” Sargent says. “By setting a bold goal of getting 10 percent of our energy from the sun by 2030 and adopting strong policies to support that goal, the U.S. can follow in the footsteps of the 12 top solar states and put us on track to becoming a global leader in solar power.”