The latest attacks on net-metering and other provisions that make going solar easier for home and business owners have been increasing. These incentives, which are proving cost-effective through measure like renewable portfolio standards, are being fought both by some investor-owned utilities (IOUs) for fear of losing profits to people who install solar, and by conservative groups like the Heritage Foundation.

To push back against this, a group of solar rooftop installers have come together and formed The Alliance for Solar Choice (TASC). The alliance announced its formation last Friday, May 10. “TASC believes anyone should have the option to switch from utility power to distributed solar power,” it said. The group was founded by SolarCity, Sungevity, Sunrun and Verengo.

The companies and groups are trying to roll back voter-approved incentive programs and state-passed provisions. These types attacks are gaining the most ground in states like North Carolina and Louisiana, even as solar has become more significant in creating jobs there. 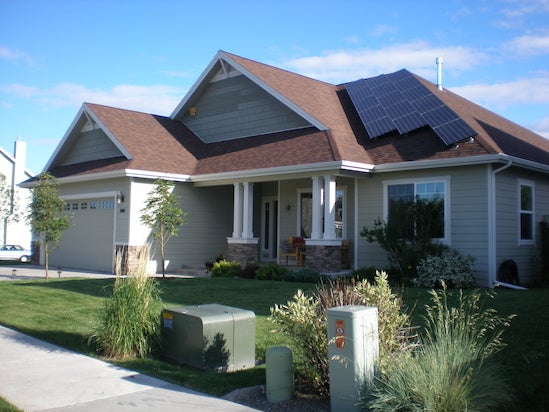 The new renewable energy consumer advocacy organization is led by Executive Director Anne Smart. She will manage the organization's policy and public outreach efforts, in an attempt to fight the threats to NEM and other policies that encourage distributed solar, like solar or distributed generation carve-outs in renewable portfolio standards.

"Americans are choosing solar in record numbers to save money on electric bills," said TASC member and Sunrun co-Founder Edward Fenster. "While this benefits the American consumer and the economy, monopoly utilities want to stop this progress to protect their own interests."

First and foremost, the group will work to protect net-energy metering (NEM) rules in the 43 states that have them. “NEM provides solar consumers with fair credit for the energy they put back on the grid, which utilities then sell to other customers,” TASC explained.  “In simple terms, NEM is like rollover minutes on your cell phone bill. Monopoly utilities are trying to eliminate NEM to halt the consumer-driven popularity of rooftop solar, which is helping create thousands of local jobs around the country.”

IOUs are contesting that NEM and distributed generation are impacting their bottom line. A recent Edison Electric Institute (EEI) report, for instance, shows that monopolistic utilities see rooftop solar as a threat to their monopolistic business model. Under such schemes the utilities are able to charge consumers more for giant municipal projects. They also like to claim that NEM costs them more because they’re not making profit on the distributed solar power on people’s homes and they have to pay more for that than for larger energy generation.