Solar PPAs: Everything you need to know 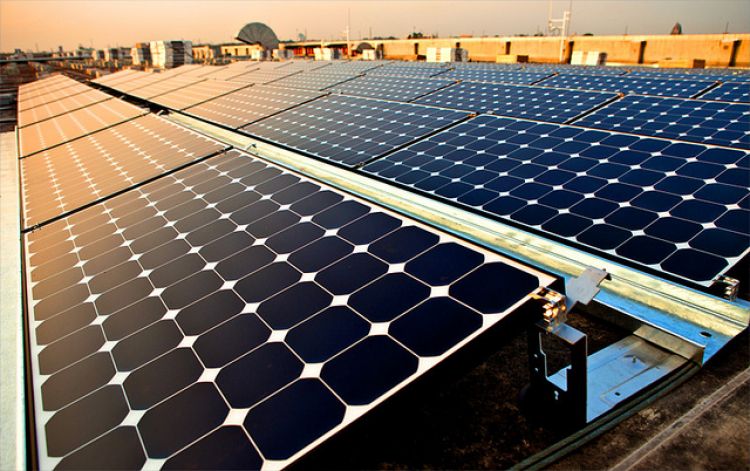 Solar PPAs allow you to install solar panels without upfront costs. However, this doesn’t mean a PPA is the best way to finance a solar system. Image source: PVtech

Solar power purchase agreements (PPAs) are a popular financing option for those looking to start solar projects in the United States. PPAs allow you to install a home solar system on your roof with no upfront costs.

However, while zero-down plans sound like a great idea, solar PPAs do come with some disadvantages.

We take a look at the pros and cons of solar PPAs and how much they can save you on your electricity bill.

What is a solar power purchase agreement?

A solar PPA is a type of solar financing agreement. With a PPA, a homeowner does not have to pay for the upfront costs of a solar system.

Instead, they enter a contract with a third-party owner or solar developer who will take care of the design, permitting, and installation of their solar panel system.

In return, the homeowner pays the developer for the energy the solar panels produce at price lower than the utility’s cost of electricity.

Find out how much you can save monthly by installing solar

How does a solar PPA work?

A homeowner, also referred to as the host customer, can enter a PPA with a solar installer with terms that range anywhere from five to 25 years. The solar developer will install the panels on the host customer’s roof, which will cover the home’s electricity usage.

If the solar panels produce more energy than the home needs, the extra kilowatt hours will be sent to the utility grid. The good news is, PPAs allow you to take advantage of net metering benefits your utility offers, so you can wipe out your utility bill.

However, because the solar developer owns the solar system, and not you, they get to receive incentives like the federal tax credit and SRECs.

However, this doesn’t mean you don’t have an electric bill. Because you don’t own the solar panels on your roof with a PPA, you send a monthly payment to the PPA company for each kilowatt hour of solar energy you use.

The PPA company will charge a price lower than the utility rate of electricity, so the electric bill you receive from the solar developer will be less than what you would have paid your utility for energy. Most solar PPA agreements also include a price escalator, which means the amount you pay for solar will increase each year.

If you need more electricity than the solar panels produce, you will pull electricity from the grid. This means that you will have two electric bills:

At the end of your PPA contract, you can choose to renew the agreement, have the system removed, or purchase the solar panels at fair market value. However, purchasing the system at the end of the contract would actually cost you more in the long run than if you had purchased a system to begin with.

How much can you save with a solar PPA?

The amount that you will save on electricity costs with a solar PPA varies, depending on:

The easiest way to understand solar PPA savings is with an example. Let’s say you enter into an agreement with a PPA price of $0.10 per kWh of solar electricity. Your utility’s price of electricity is $0.15 per kWh.

Because of net metering, the solar energy produced on your roof will eliminate your utility bill, which would have been $150 if you did not have solar.

However, you still have to pay the solar developer for the 1,000 kWh of electricity generated by the system. This would bring your solar PPA bill to $100.

So, you wind up with a total savings of $50 on electricity costs with a solar PPA.

What are the pros and cons of a solar PPA?

Pros of a solar PPA

The good thing about solar PPAs is that you don’t have to pay the upfront capital or maintenance costs associated with going solar, but you still get to enjoy the benefits of renewable energy, like a lower electricity bill.

You will also be able to take advantage of net metering.

Plus, you get the advantage of predictable energy pricing, since your contract will outline exactly how much you will pay every year. Your utility, on the other hand, can increase your electric rate however they want without warning.

Since you don’t own the system, you won’t have to worry about taking care of regular system maintenance or performance monitoring - the company you enter into the PPA with will take on this responsibility.

Cons of a solar PPA

Unfortunately, the long-term savings you get with a PPA are substantially lower compared to savings from purchasing solar panels outright or through a solar loan. Also, you might not be able to take advantage of certain solar incentives, like the federal tax credit or local incentives like SRECs, which would save you a lot of money.

And while you do have the advantage of having predictable energy pricing with a solar PPA, you also have to enter a long-term contract. These contracts can sometimes prevent you from doing things like planting trees or doing construction work on your home, as it could impact the solar panels’ production.

Plus, if you try to sell your home, while you do have the ability to pass the PPA to the next owner, it could be difficult to find a buyer willing to enter the agreement.

Things to consider before entering a solar PPA

There are a few things to think about when you are deciding whether or not to enter into a solar PPA, including other financing options that may be better in the long run.

Before you enter into a long-term agreement with a third-party owner, you should consider what incentives you would receive had you purchased a solar energy system.

If you are eligible for the federal investment tax credit, SRECs, or other local tax incentives, you might be better off purchasing a system or taking out a solar loan. These incentives and rebates have the potential to save you thousands of dollars over the lifetime of your system - but you can’t take advantage of them with a PPA.

You should always review what is written in a PPA contract with a close eye. The contract may include clauses that prevent you from making certain home and landscaping upgrades that could impact the solar system’s production.

It may also outline how much the developer can increase your cost for solar electricity each year. It’s important to keep these things in mind before entering the agreement.

Besides solar PPAs, there are a few other ways you can finance a rooftop solar installation, including:

You should compare all of these options before entering a solar PPA. While free solar panels might sound like an attractive offer, other financing options could save you more on your energy costs.

So, it’s important to consider all of the financing options available to find the right one for you.

Is a solar PPA the right financing option for you?

A solar PPA might be the right financing option for you if:

In order to find out the best option for you, you should get multiple solar quotes from installers.

Find out which solar incentives and rebates you are eligible for