Solar leases: Everything you need to know 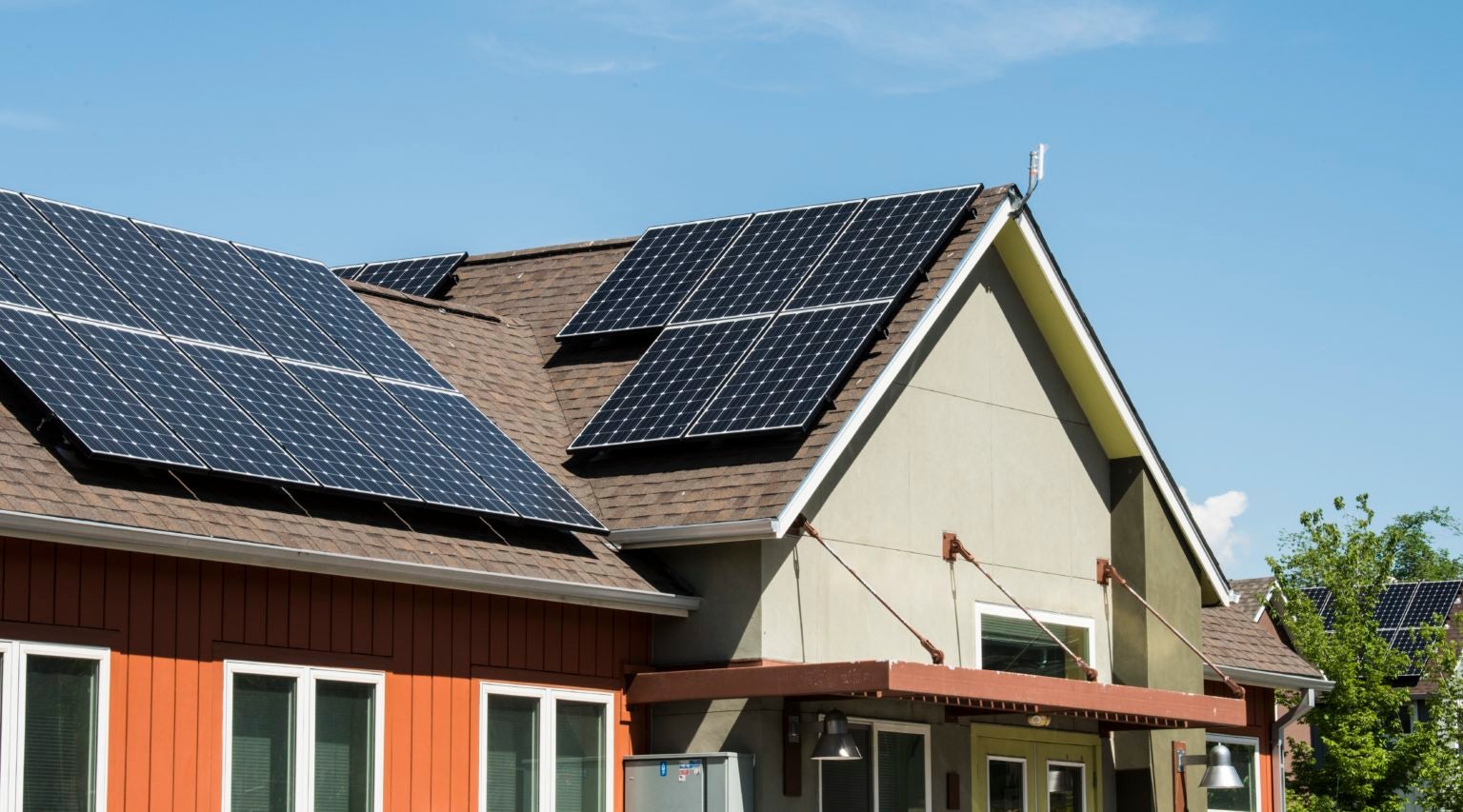 Solar leases have made solar more accessible to homeowners who might not have the funds to install solar panels on their roofs. In the past, solar was so expensive that it was nearly impossible for most homeowners to afford an installation.

This is where solar leases revolutionized the solar industry. With a lease, homeowners didn’t have to worry about the upfront costs of solar and could enjoy all of the benefits of it through a monthly lease payment.

But, solar is now 70% cheaper than it was 10 years ago, making other solar financing options that can provide greater solar savings than a lease more feasible. So, just because there are no upfront costs with a solar lease, that doesn’t mean that it’s the best way to go solar.

In this blog, we’ll go over everything you need to know about solar leases so you can determine whether or not this financing option is the right choice for you.

What is a solar lease?

Leasing solar panels works kind of like leasing a car. You pay a fixed monthly payment to a solar installer, but you do not own the solar panels. In return, you get all of the solar energy the panels produce, which cuts down your electric bill.

Essentially, you are swapping the electric bill from your utility company for a cheaper bill from a solar leasing company.

Typically, a solar installer will work with a separate leasing company to offer a solar lease. The installer is responsible for designing, installing, and maintaining the solar panels.

Is a solar lease different than a solar PPA?

With both solar leases and PPAs, a solar developer installs a solar panel system on your roof that you do not own. Instead, you pay monthly for the solar power the panels produce.

With a solar lease, the payment is the same regardless of how much solar energy the system produces. With a solar PPA, your contract will outline a price for each kilowatt-hour (kWh) of solar energy that is produced. This solar PPA rate will be lower than your utility rates.

So, with a solar PPA, your monthly payment will vary depending on how much electricity the solar panels produce. With a solar lease, the lease payment is the same regardless of solar production.

How does a solar lease work?

Once the solar energy system is installed, you get to use all of the solar power the panels generate. Instead of using electricity from your utility, your home will power itself using the energy the solar panels produce.

Because you are using solar energy instead of taking electricity from the grid, your electric bill will be lower. If the solar panels generate enough electricity to cover all of your energy usage through net metering, you could completely eliminate your electric bill (besides some fixed charges that solar can’t offset).

Keep in mind though, that the solar system might not always produce enough electricity to cover your whole electric bill. Maybe there weren’t that many sunny days in a month, or you used way more electricity than usual. In these situations, you could end up needing to take more electricity from the grid to meet your power needs. Then, you’ll have both an electric bill and a solar lease payment.

Each solar lease contract is different, but the basic terms tend to be similar.

Solar lease term lengths are usually between 20 and 25 years, which is about the lifespan of solar panels. The solar developer will usually offer a solar monitoring program for your smartphone or online so you can track how your solar panels are performing.

The developer will also be monitoring your system to ensure that it is working properly. If there are any issues with your solar panel system’s performance, the solar company is responsible for repairs at no cost to you.

Solar lease contracts will include a price escalator to reflect the increase in the cost of electricity, which means your lease payment will go up each year. The escalator will usually be between 1% and 5%

And if you’re thinking of moving, most solar companies will allow you to transfer the lease to the new homeowners, or you can break the lease and remove the panels. At the end of your contract, you can either renew the lease, have the panels removed, or purchase the panels at fair market value or at a price that is already outlined in the contract.

What are the pros and cons of a solar lease?

Advantages of a solar lease

Solar leases will provide you with electric bill savings, as the lease payments are (initially) designed to be less than what your utility bill would be.

Not responsible for maintenance

When you enter into a solar lease, you are not responsible for the maintenance of the system. And while this sounds great at first, it’s actually not that much of a benefit. Solar panels are incredibly low maintenance, requiring a rinse off with a hose four times a year at most.

More serious issues like faulty wiring or inverter problems would likely already be covered by the manufacturer or installer warranty, and damages caused by storms could be covered by homeowners’ insurance.

So, you would have these protections with a regular purchase of a solar panel system anyway.

You will always know what your lease payment will be because it is outlined in your contract. This makes it easier for you to figure out your monthly expenses.

Disadvantages of a solar lease

Not eligible for tax credits and other solar incentives

Additionally, you won’t be able to take advantage of other solar incentives and rebates, like SRECs, which can end up putting a lot of extra money in your pocket.

The biggest downside to a solar lease is that your long-term savings are substantially lower when compared to buying solar panels. When you purchase a system instead,  you have the ability to eliminate your entire electric bill and you don’t have to worry about any other monthly payments.

Even if you take out a loan to purchase the solar panels, eventually you will finish paying off the loan and the panels will be yours, which means they’ll be making you electricity for free! The solar energy you use will lower your electric bill, and you won’t have any lease payments - just free energy.

Learn more: Solar loan vs. solar lease: which is right for you?

With a lease, you’re locked into making payments for a full 20 to 25 years. Over that time, the amount that you spend in lease payments could be more than the system would have been worth to begin with! And the electricity the panels generate will never be free.

Solar leases will include price escalators to reflect the increase in electricity prices. However, there is no way to truly know how much the price of electricity will increase until it happens.

Most solar leases will include an escalator between 1% and 5% per year. So, if your solar lease bill is $100 in Year 1, it will go up by 1% in Year 2. But, if electricity does not increase by that much in a given year, you could end up paying more for the solar lease payment than you would have paid for electricity from your utility.

Doesn’t add value to your property

When you purchase solar panels, they increase the value of your home. With a lease, they do not add any value since you are not the owner.

On top of leased solar systems not adding value to your property, they can actually make it harder to sell your home.

Very few potential buyers will want to take over a lease agreement that is based on your energy usage. Plus, many potential home buyers could be confused by the concept of a solar lease, automatically turning them off of the idea of buying your home.

Is there a better solar financing option than a solar lease?

Solar is cheaper than it’s ever been, but that doesn’t mean it’s not expensive. The average solar panel system in the U.S. will cost somewhere between $13,200 and $15,000 after the federal solar tax credit is applied. That’s not pocket change.

So, while solar is still expensive, the lower price makes it possible to take out a loan to cover costs. Taking out a loan didn’t use to be feasible for solar - the cost was much too high, so it wouldn’t make financial sense to finance with a loan. This is when solar leasing took off.

But now the cost of a solar power system is low enough that homeowners can easily take out a loan to pay for the installation. Solar loans, like home equity loans, allow you to install solar panels without requiring tens of thousands of dollars all at once. Instead, you make monthly loan payments until the loan is paid off. Once you finish paying back the loan, the panels are completely yours and they generate electricity for your home entirely for free.

Plus, when you take out a solar loan you are the owner of the system, which means you get to take advantage of all of the tax incentives and other solar rebates that you can’t qualify for with a solar lease.

Most solar loans require zero down payment and come with reasonable interest rates.

Should you get a solar lease?

The best way to finance solar if you don’t have the money for a cash purchase is with a solar loan. You get all of the benefits of installing solar, like electric bill savings and powering your home with renewable energy, plus you don’t have to worry about all the upfront costs.

Before you settle on a solar lease, you should get solar quotes from multiple local solar installers. They will help you get the best price on your solar system and give you a better idea about whether or not a solar lease will actually be right for your home.