When researching a solar system for your home, all the different technical terms can make the process seem overwhelming. One such term is the number of cells. Solar panels can be made up of any number of cells from 18 cells, a size used for RV solar panels, all the way up to 96-cell panels, which are used in utility solar farms.

The size most commonly used in the residential solar market are 60-cell solar panels, as well as a small number of 72-cell panels.

If you’ve ever looked closely at a solar panel before, you may have noticed a square grid-like design on its surface. Each one of those squares is a solar cell, which can be made from either monocrystalline or polycrystalline silicon. Solar cells are what generate electricity from sunlight. A solar panel, or solar module, is essentially a collection of solar cells connected together.

Because of their larger size and energy output, 72-cell solar panels are commonly used on commercial or larger utility-scale solar installations.

Meanwhile, 60-cell panels are smaller and easier to handle, making them more suitable for use by installation crews working on residential roofs. Your local solar installer will likely recommend 60 cell panels for residential solar.

Cost to install 60-cell vs. 72-cell solar panels on your home

The number of cells on a panel shouldn't impact the cost. The average home solar system in America, which can be installed using either 60-cell or 72-cell solar panels, costs around $16,080. However, with the federal tax credit, this effectively makes the price $11,899. This is assuming a system size of 6 kilowatts, which is a typical size for a home installation.

Several other factors can and will affect how you pay for solar panels. These include your roof layout, the brand of solar panels that you choose, and the state in which you live. You can receive a free estimate on the cost of your solar system with federal and local incentives by entering your zip code into the estimator below.

Get a free estimate on solar panels for your home

Surprisingly, 72-cell panels work out a bit cheaper per panel. This is because 72-cell panels are purchased in very large wholesale volumes for large commercial and large utility-scale installations. While 72 cell panels have a slightly lower cost per watt, the relatively small number of panels required in-home solar systems means that using 72-cell panels will result in savings of no more than $200-$300.

Pros and cons of 60-cell and 72-cell solar panels

Here’s a brief breakdown of the pros and cons of each panel size.

Half-cut cells are an innovation that is being adopted by residential solar panel brands. This technology was pioneered by REC Group in 2014. Half cell panels have twice the cell count despite being the same size. This is because the cells are simply half the size of ordinary solar cells.

Half-cut panels are the same size as a 72-cell panel, but instead of a 6 cell x 12 cell configuration, it has a 6 half-cut cell x 24 half-cut cell layout.

Why are half-cut solar cells gaining popularity? Well, when a solar cell is halved, its current is also halved. This means that losses due to resistance are reduced, allowing half-cell solar panels to produce slightly more energy.

The smaller cells are also much harder to crack, greatly increasing the panel’s resistance to poor handling during installation or harsh weather conditions.

Another breakthrough in cell technology is the use of 66-cell solar panels. Designed to be a happy medium between 60 and 72-cell panels, manufacturers such as SunPower and LG have begun manufacturing these panels. 66-cell panels feature some of the highest per panel energy outputs in the world, with the LG neON R reaching a rated output of 440W and the SunPower A-Series panels reaching an output of 400W. For some perspective, most residential solar panels have a rated output of only about 325W.

If an installer puts an unusually large emphasis on cell count, they may be trying to rip you off.

Since the output of both systems is the same, an installer bragging about cell count could be trying to justify charging you an unreasonable amount for your solar system.

You may be wondering: does the solar panel I choose matter? In short, yes! While opting for a 60-cell or 72-cell panel doesn't matter all that much, there are other, much more relevant factors for choosing a solar panel for your home.

Some much more valid concerns are solar panel efficiency and solar panel warranties. We explain what each term means, and why it should factor into your solar purchasing decision.

Solar panel efficiency is the percentage of light that strikes the surface of a panel that is converted into usable electricity. Modern solar panels have efficiencies that range from around 17% up to 22.8% in some premium models.

Highly efficient panels take up less space, which will allow you to fit more panels on your roof.

There are two types of warranties that cover solar panels.

The first is the product warranty. This is the period during which you can ask the manufacturer to replace the solar panel should any problem arise. Nowadays a product warranty of 12 years is standard, but premium brands offer product warranties of 25 years.

The second type of warranty is a performance guarantee. Most mainstream panels have a 25-year production warranty, guaranteeing the panel will produce a certain level of output at every stage of the panel’s life. From the date your panels are installed up until the 25-year mark, the minimum guaranteed output of your panels will gradually decrease.

You can expect an output of close to 100% for year one, gradually down to between 80 and 92 percent for year 25. This loss in output is technically known as solar panel degradation. Some solar panel manufacturers such as Canadian Solar even offer a 30-year performance warranty on certain panel models.

The cell count of your panels really shouldn’t be your concern when it comes to purchasing a residential solar system. As long as a solar system of your desired size can fit on your roof and it’s installed by a reputable installer using quality equipment, you’re good to go!

Find the best solar installers in your area 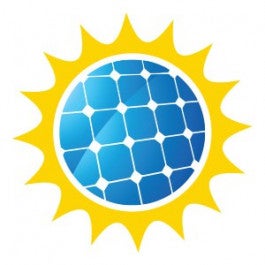 Alex Sendy is a content writer and valued team member at SolarReviews.