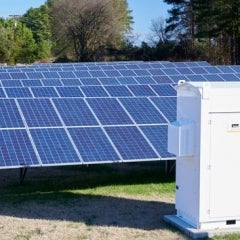 Solar-powered microgrids are still relatively new in the US but are being built and tested by increasingly larger companies. Case-in-point, Schneider Electric partnered with REC Solar and its parent, Duke Energy to build a microgrid to power Schneider Electric Boston One Campus, the company’s North American headquarters in Andover, MA.

"The integration of an advanced microgrid at the Schneider Electric campus reduces its energy costs, incorporates more sustainable energy and delivers demand-side efficiency, while also offering resiliency to the facility in the event of a loss of power from the grid," explained Chris Fallon, vice president of Duke Energy Renewables and Commercial Portfolio. 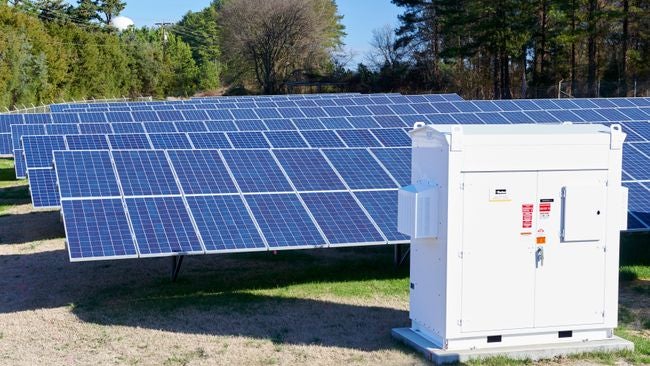 The microgrid for the project was built by Schneider Electric and the 354-kilowatt solar array was built by REC Solar, which will also operate the solar system. The system is backed up by a natural gas generator which allows it to island itself from the electric grid and provide continuous power to the campus even if the larger electric system goes down. The entire system is owned by Duke Energy Renewables and it has a long-term power purchase agreement with Schneider under which Schneider will purchase the power the system produces.

"It's more important than ever to meet customers' evolving needs through solutions that are creative, affordable and dependable," said Rob Caldwell, president, Duke Energy Renewables and Distributed Energy Technology.

"In partnership with Schneider, we can research and develop new microgrid technologies, solutions and applications in a real-world environment,” Fallon said. Indeed, already the three companies have partnered with Montgomery County, MD to build two Montgomery County microgrids, under a similar arrangement as the Boston One campus microgrid. The projects in Maryland will consist of a 2-megawatt solar project and two combined heat and power (CHP) units, which will use waste heat from on-site power generation to heat and cool the buildings. That project is slated to come online in 2018.