Review score is above industry average of 3.96

Average cost per watt above industry average of $3.00

Joe B over 1 month

EcoSmart installed our solar panels at the end of October, 2019. The installation was completed efficiently in a day and 1/2. The solar panels have been working fine – without a problem since installation. I am happy to recommend EcoSmart for supply and installation of solar panels. We chose EcoSmart because of their customer satisfaction record, and we have become another satisfied customer. EcoSmart was responsive to customer questions and concerns, and made us feel that they knew what they were doing.

If I could give EcoSmart negative stars I would. I have worked with many contractors, architects, engineers and developers in my life good and bad. EcoSmart could be one of if not the worst company I have ever had the unfortunate privilege to work with. After signing up with them, they wasted almost 2 months of my time, misrepresenting timelines and expertise, mismanaging the process, communication and making multiple false statements along the way. I was clear from the outset that the time frame install the system was critical. They told me multiple times that permits had been filed when, in reality they never filed them at all. They did not even know the process to file permits in my town (another thing they had represented they had experience with) and did not even contact the town until the week we had initially targeted for the install. They told me they understood and had experience with Solar batteries. I had to design this part of the system myself because they had no clue what they were doing and were not even capable of effectively working with the vendor to design and solve for any issues that arose. They were terrible with communication, often telling me they would get back to me and never doing so. I had to chase them all the time. When you are spending any amount this would be unacceptable. I was spending over $100,000. 2 months into the agreement, after bailing on a site visit that I rearranged my schedule for, Michael Pelton then called me to state that they would not install what they had agreed to and that Steve Pelton (the owner) was no longer going to offer batteries as he did not trust them. But then I should just do the solar alone with them. I was clear from the beginning that the point of the project was to have a back up system not just a solar system. It seems to me that their plan from the beginning was to tell me what I wanted to hear and then pull the rug out from under me when the timing was such that I was in jeopardy of losing the full Federal Tax Credit and potentially the State incentives in hopes that I would adjust the install to solar only. Ultimately, they gave me no confidence that they were going to be able to successfully and properly install solar either. In my option and experience they are not to be trusted. My experience with them is that they are incredibly disorganized and inept, often gave me false and misleading statements and have real issues communicating at any level that would be considered acceptable. They also showed zero respect for my time or following through on what they had committed to do. All of this resulted in me losing time, money and expending a tremendous amount of effort for ultimately no reason. Simply horrendous on every level and I could not recommend a company less then EcoSmart.

This installer does not publish their standard system prices on the net.

As such we have used average pricing from the installers service areas as a proxy for what this company would most likely charge for a solar system.

Calculate for your home

?
Levelized cost per kWh is the cost of the solar system divided by the total number of kWh produced by a solar system over it’s lifetime.

If you don't get solar

Forecast average CT electric rates over the next 25 years

Installers description for their business

We will do everything we can to earn and keep your business. Energy Efficiency upgrades are much cheaper than adding solar panels to a roof.

When you pay your Eversource or UI electric bill you are funding the energy conservation and solar programs in CT via the "Combined Public Benefit Charge" located on the back of your bill. When sizing a solar array it is wise to do things like change incandescent lighting to LED's, electric hot water heaters to heat pump hot water heaters and seal and insulate your home. Electric hot water heaters use about 4,800 kWh per year and a Heat Pump Hot Water Heater only uses 1,255 kWh. The new water heater would save 3,500 kWh of solar(valued at about $11,000)and if you could install it yourself, it would only cost $998 from Home Depot.

Once we reduce your consumption as much as we can, we will then come up with custom solar solution for your roof based on your reduced usage from the Energy Efficiency measures recommended.

We are authorized solar contractors as well as authorized contractors for both Eversource and United Illuminating in the Home Energy Solutions program and the Home Energy Solutions Income Eligible program. By utilizing the Energy Efficiency programs in CT first and sizing solar afterwards, your solar array might be much more attractive. Please give our office a call or email us for any information.

We'd be happy to do an energy audit of your home to identify ways to reduce your electric bill and explain all of the programs, financing and incentives available to you. You can actually fund solar with 0 down, pay nothing more than you already pay for electric and have no electric bill (except the minimum charge) after 10 years. We look forward to speaking with you. 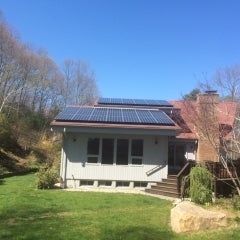 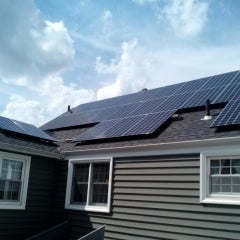 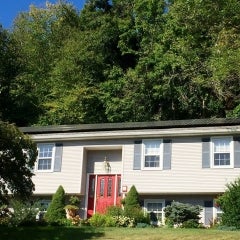 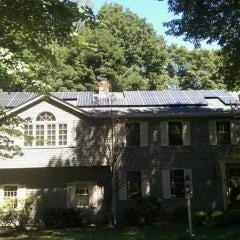 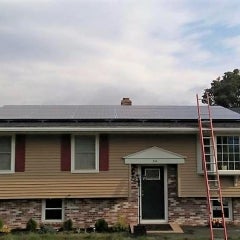 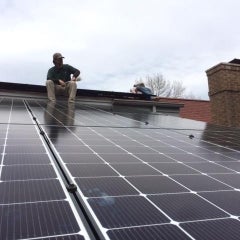 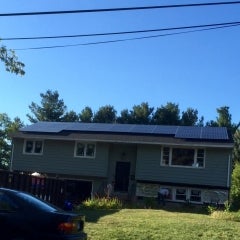 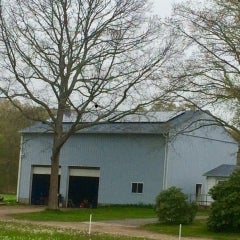 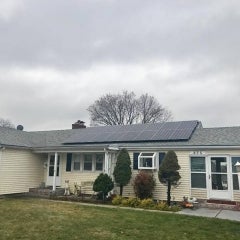 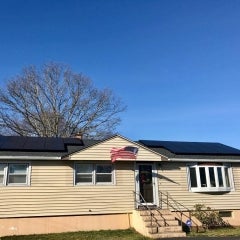 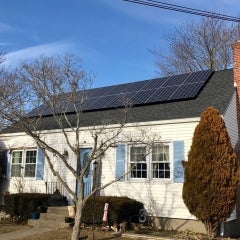 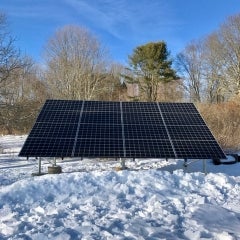 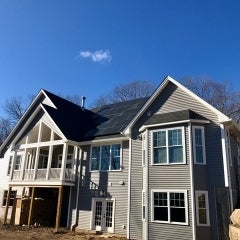 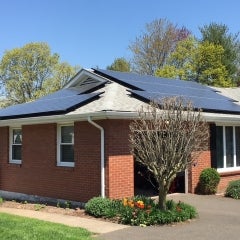 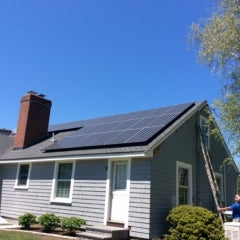 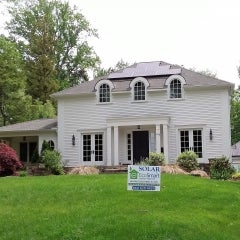 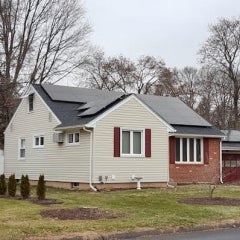 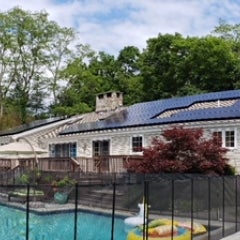 Buying solar panels: What are your options in 2021?

Where can you buy solar panels? There are several ways homeowners can get solar panels in 2021, including through Amazon, local solar installers, on the SolarReviews website, and more.

Reviewing the products and warranties offered by Tier 1 solar manufacturer Phono Solar. Do the specs justify the cost? Let’s find out.