Chinese solar panels: Are they any good? 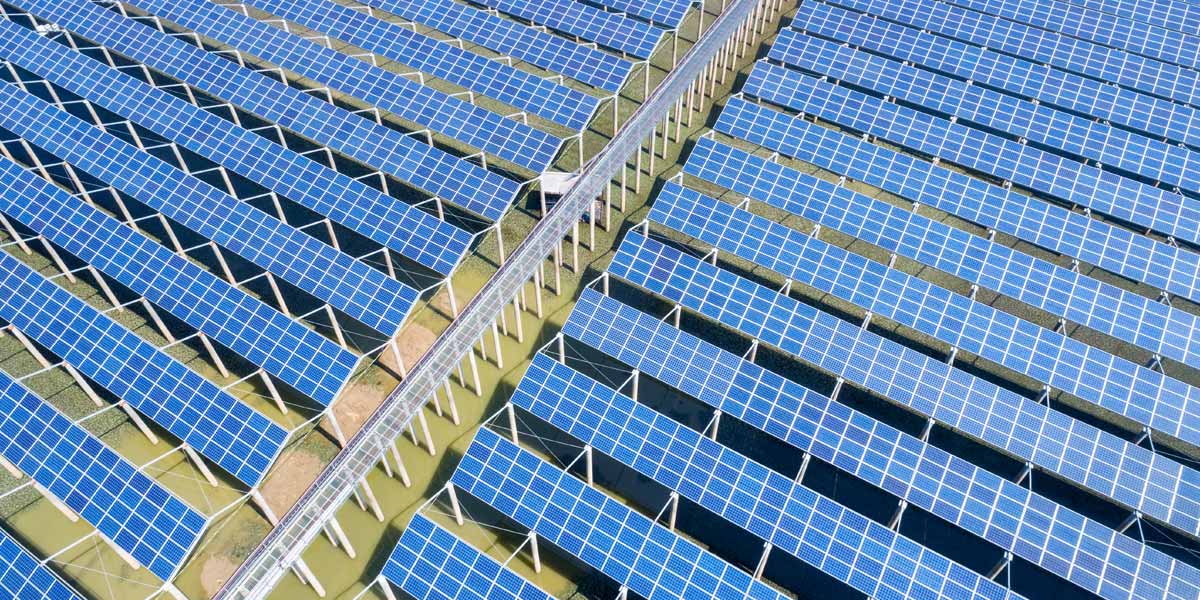 They dominate the lists of biggest global solar panel brands. They’ve had tariffs imposed against them (most recently in 2018 by the Trump administration) and, trade tensions notwithstanding, they account for a large share of the U.S. residential solar market.

If you’re a homeowner looking to buy a home solar system, you will almost certainly be presented with Chinese-made options.

So what’s the deal with Chinese solar panels? Are they any good? Or do people only buy them because they are cheap?

If you're wondering whether you should trust Chinese solar panels, this article will help you make your decision.

At present, nearly two-thirds of all solar panel equipment is produced in China.

How did Chinese solar panels reach such a dominant position? It was a combination of several different factors.

First, China made a bet big on renewable energy. Years of massive investment in clean energy in general, and solar in particular, propelled China into becoming the world’s biggest solar power producer.

China alone now accounts for over half of global solar module demand; much of it used for mega-sized solar power plants and even giant floating solar farms.

Second, China benefited (and continues to benefit) from its huge manufacturing base and low production costs. As with most types of electronics and industrial equipment, China is a cost leader in this industry, too.

Now, Chinese solar panel manufacturers supply companies all around the world. It’s not unusual for solar companies in the United States to source parts from China. These companies will assess the products according to their own quality standards and sometimes sell them via their own (American) brand names.

It is also common in the solar industry for companies to be headquartered in one country but have their manufacturing facilities located in another country.

Figuring out where solar panels are from can be complicated

The emergence of the global solar module supply chain (described above) means that identifying where exactly solar panels are from is not always straightforward.

Let’s look at American solar panel brand Solaria, for instance. They are headquartered in Fremont, California, and offer consumers sleek black solar panels backed by an excellent 25-year warranty. However, they have only limited manufacturing capacity here in the U.S., as the majority of their solar panels are produced over in South Korea.

Then there’s Canadian Solar. Its name suggests that it's from the Great White North, but ironically enough they manufacture in China and are very much a Chinese company!

If you're trying to get high-quality panels, look for a brand that meets the standards you expect from domestic companies. That doesn't mean that they can't or won't be made in China.

Chinese solar panels and the US market

While not every product made by a Chinese brand is going to be cheaper than a domestic one, Chinese solar brands generally offer more competitive prices.

The availability of cheap Chinese-made solar products has driven down solar energy costs and contributed to a boom in the American solar capacity.

However, the U.S. government accused Chinese solar manufacturers of undercutting the competition by unfairly flooding the US market.

In response, in January 2018 the U.S. government added a 30% tariff on solar imports. This obviously had a direct impact on Chinese brands. But since domestic brands also rely on solar components made in China and other countries, price increases were seen across the wider solar panel market.

The impact of the tariffs has since largely been offset by a massive increase in supply. In mid-2018, the Chinese government reduced subsidies in their local market. This left Chinese suppliers with more panels to export to the U.S. and other markets, bringing prices of Chinese solar panels back down.

Furthermore, several Chinese manufacturers are now moving production to the U.S. to escape the tariffs. For example, the biggest solar panel producer in the world, Chinese company Jinko Solar, is opening a plant in Jacksonville, Florida.

All said, the impact of tariffs on Chinese and other imported solar panels has been mitigated by several factors. Expect Chinese solar panels to remain competitive in price and maintain their share in the U.S. solar market.

Which are the best Chinese solar panels?

Here at SolarReviews, we assess brands based on various performance and value metrics. If you check out our list of the best solar panels for your home, you will see the top-ranked solar panels currently sold in the U.S. based on 3 categories: expert reviews, solar panel efficiency, and value.

Out of the 5 best solar brands based on expert reviews, there is one Chinese brand: Canadian Solar, at #3.

In solar panel efficiency rankings, there is also one Chinese company on the list of 5. It’s Canadian Solar again, this time at #4.

Then there is the final category, best solar panels by value. This is where Chinese solar panel brands really shine. A full 4 out of 5 manufacturers on this list are Chinese:

The one non-Chinese brand in the value rankings is REC Group, ranked at #4. REC Solar was founded in Norway and manufactures in Singapore — but, funny enough, it is now owned by a Chinese corporation.

As you can see, Chinese brands dominate the list of best value solar panel brands. Each of these companies is large and has established a reputation for excellent manufacturing quality. While the solar import tariffs imposed at the start of 2018 has chipped away at their cost advantage, they are still cheaper than other Tier 1 solar panels brands, especially those considered as premium ones.

Solar panels are a big investment, so it pays to do your research.

Start by reading which are the best solar panels for your home. This should give you an idea of the main criteria to use to judge solar panels.

Also make sure to read reviews from customers who have gotten that specific brand of solar panels installed on their homes. This is easy thanks to SolarReviews. Simply head to the solar panels reviews page and search for whichever brand you’re interested in. Each solar brand has a dedicated page where you can read homeowners’ honest feedback on their experience with the solar panels.

Finally, discuss your options with a local solar installer. After they assess your house, you can discuss with them which brands are a good match to your needs.

Do keep in mind that the solar modules aren’t the only thing you’ll need to pay for. If you're going for a rooftop installation, you'll need lots of other equipment to mount, secure and wire your panels in place. You will need a solar inverter. This could run you more than you bargained for when you start adding on labor costs, so make sure you think about the American costs of your Chinese panels!

With solar panels, there's no real correlation between quality and location

If you're buying a panel produced in China, you're dealing with a range in quality that has nothing to do with the location.

The only real reason to choose a panel that's made in the USA over one made in China is to help stimulate American manufacturing.

But if you want to get the best bang for buck, keep an open mind and compare several brands regardless of their origin. Based on their excellent value rankings, Chinese-made solar panels definitely deserve a look.