Up until recently, the majority of photovoltaic solar panels sold in the United States weren’t actually made in the U.S. However, several Asian solar companies, most notably those in China, have begun moving operations and manufacturing solar panels in America.

This list of American solar manufacturers includes many of the leading solar brands you can buy in the U.S. and includes Hanwha Qcells, Jinko Solar, Silfab Solar, Mission Solar Energy, and Solaria.

Here’s a rundown of the five best solar panel manufacturing companies in the U.S.

Hanwha Qcells (formerly Hanwha Q CELLS), which was founded in 1999, is a subsidiary of South Korea-based Hanwha Solutions with a regional headquarters office in Irvine, California.

The Tier 1 company currently operates a 1.7 gigawatt (GW) solar panel manufacturing plant in Dalton, Georgia that began production in February 2019. Through its parent company, the business announced a $160 million investment in REC Silicon. The investment, which was announced in 2021, will help Qcells acquire low-carbon materials for solar cells and wafers.

We recommend the Q.PEAK DUO BLK ML-G9 solar panel from Qcells, due to its high efficiency and performance in low-light conditions. This durable solar panel is ideal for areas that experience snowy and windy weather.

Jinko Solar is a Shanghai, China-based solar panel manufacturing company. Founded in 2006, the Tier 1 business has a global footprint, consisting of six production plants and 15 subsidiaries. In the U.S., the company manufactures solar panels in Jacksonville, Florida.

Research and development (R&D) is a primary focus of Jinko Solar’s operations. In fact, the company’s R&D team holds numerous world records in the crystalline silicon solar panel category. Over the years, the business has made several notable donations to local communities and groups across the US.

Silfab Solar serves the North American solar market through its headquarters in Ontario, Canada. In the U.S., the company manufactures solar panels in Bellingham and Burlington, Washington. These sites have a combined manufacturing capacity of 800 megawatts (MW).

Silfab has over 40 years of experience in the solar industry, as well as an ongoing partnership with Titan Solar Power since 2018, which focuses on expanding residential solar installations. Through various investments, Silfab has been growing operations and solar module production.

The Silfab Elite SIL-380 solar panel is a top product for small to large residential installations. The high-quality panel boasts a sleek appearance that works well for a wide variety of rooftops.

Mission Solar Energy (Mission Solar) manufactures solar panels in San Antonio, Texas. Founded in 2013, the company has grown to meet the demands of both residential and commercial customers. OCI Company, which is based in South Korea, is the parent company of Mission Solar.

The company specializes in p-type monocrystalline PERC solar panels. These products offer high performance and are certified to standard regulations for reliability. The business does not offer inverters or battery storage products.

Mission Solar is an up-and-coming U.S. solar manufacturing company with a promising future. To date, the company has made a positive impact in the San Antonio area through robust job creation and business opportunities.

The MSE330SR8K is the best solar panel from Mission Solar due to reliable construction and high power output. This panel features an all-black design, helping it blend in with modern homes.

This solar manufacturer specializes in shingled monocrystalline solar panels for homes. These panels are densely packed with cells in an overlapping configuration, helping the units exceed 20% efficiency during use. Solaria's success hinges on developing high-performance solar panels under the PowerXT series. It does not offer battery storage or inverters.

Solaria’s PowerXT-400R-PM is a top solar panel for homeowners looking for a high-quality product with a sleek, all-black appearance. The 400-watt panel comes with a 30-year warranty for reliability, which translates to peace of mind for homeowners.

There are several trends to keep an eye on that will shape the future of solar and renewable energy in the U.S.

In August 2022, Congress passed the Inflation Reduction Act, which increases the federal solar tax credit from 26% to 30%, where it will remain till end-2032. The 30% tax credit is available for all types of solar power projects – including home solar panel installations and additional credits are available for utility-scale projects.

Therefore, we should expect more construction of photovoltaic (PV) power stations or solar farms in the coming years. This is good news for areas with outdated electrical grids or struggling power infrastructure. Cities needing clean energy sources due to increasing electric vehicle ownership can also benefit from these projects.

In response to the increased demand for solar power projects, as well as the extension of tariffs on imported solar equipment, top solar manufacturers are expected to expand production and operations within the country. Solar panel technology will continue to improve across various aspects from power output and efficiency to profile and weight. Mono PERC modules will be one of the top choices for residential solar, as demand for high-performance PV modules continues to increase.

In other news, LG announced in February 2022 that it would no longer manufacture solar panels. The decision surprised many people, as the company was a top solar panel maker in the U.S. LG’s exit will leave a big gap in the solar market, which will likely be filled by its competitors looking to gain market share in the industry.

It’s great to know there’s an increased chance of getting American-made solar panels. The best way to learn more about these offerings and how much they’ll cost you as a homeowner is by checking out our rooftop solar calculator, so you can calculate the costs and size of the appropriate solar system for your home.

You can also check out and get in touch with the best-rated local solar installers to learn more about what they offer, as well as costs, incentives, and rebates for solar panels. 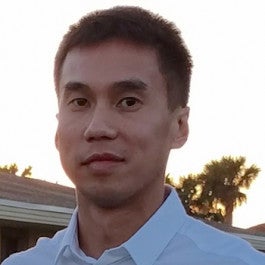 Michael is a content writer at SolarReviews. He has more than six years of experience in industrial manufacturing and legal documentation, covering electrical safety, large-scale infrastructure and maritime legislation.