Green Power: What is it, and how can you use it at home?

What is green power?

Today, a majority of the world's power is generated by burning fossil fuels. You can think of it as dirty energy - it takes a heavy toll on the environment, and is a major contributor to climate change.

The good news is that there is a safe and clean alternative: green power. Green power refers to the generation of power using renewable resources in a sustainable, non-harmful way.

Some of the top sources of green power in 2022 are solar energy, wind energy, hydroelectric power, biofuels, and bioenergy.

Some other names for green power are renewable energy and clean energy - they all refer to the same thing.

The benefits of green power

Green power has many different benefits for the consumer, the country, and also the environment:

Where can you get green power?

There are two main ways for you to switch to using green power in your everyday life. You can either buy green power from your utility or make your own green power at home by installing solar panels.

1. Buy green power from your utility

Many utilities now offer ‘green power’ plans to their customers.

When you sign up with one of these programs, the utility guarantees that a certain proportion of your power - usually between 50-100% - is sourced from renewable resources.

Let’s look at Puget Sound Energy (PSE), a utility company in Washington State. PSE offers this comparison of regular electricity plan and its green power plan on its website:

Green pricing is where the energy generated is made using a renewable source that lets the supplier increase the cost of their resource because of how it is generated.

2. Generate your own green power with solar panels

While green power is accessible in many forms, many American households create their own green energy by having a solar power system installed directly onto the roof of their residential home.

There are many reasons why solar panels for homes have emerged as a popular green power option. Solar panels can be installed anywhere with access to the sun, they are relatively affordable and, best of all, they can help homeowners save lots of money on their electricity bills.

There are other ways of generating green power, such as wind energy and hydroelectricity. But while they work great on the utility-scale, wind turbines and hydroelectric plants are rarely installed in people’s homes. Unlike solar panels, they are expensive to install and the resources required for them (wind and water) aren’t accessible everywhere.

How much does green power cost?

Let’s now look at the cost of each green power option:

Cost of buying green power from your utility

Green power plans from utilities cost more than their standard power plans. Utilities argue that switching to renewable energy sources, with the intent of helping the environment, adds extra costs to them.

Because of the premium utility charge for green power programs, it is often known as ‘green pricing.’

So how much is the premium? Exact costs can vary greatly based on state and utility, but green power rate plans generally charge a premium of 1-2 cents per kWh.

If we assume a 1.5 cent premium, then the average home in the U.S. that opts for a green power plan will pay a total of $1,674 a year for their electricity.

This is $160 more than they would pay if they were on a standard electricity plan. This is, obviously, substantially higher than the original price.

The calculations above assume an average annual spend of $1,513, based on the average residential electricity usage of 10,715 kilowatt hours (kWh) and the average cost of power of 14.12 cents per kWh.

If we return to the example of PSE, their website states that for the average user, they would pay $115 per month for a green power plan. Of that, $105 is the electricity cost and $10 is the green pricing premium.

The easiest way to get solar panels for your home is by either buying them outright with cash or through a solar loan, many of which are available zero-down.

When you buy solar panels - as opposed to leasing/renting them, or signing a power purchase agreement (PPA) - you can benefit from the 30% federal tax credit and gain the largest long-term savings.

Here is a chart displaying the average cost of solar panels in 2022:

In terms of the cost of electricity per kWh, based on the solar panel prices above we estimate that buying a typical 6 kW system results in an electricity cost of 4.6 cents per kWh over the lifetime of the solar panels. This makes home solar power far cheaper than both green power plans and standard power plans offered by utilities.

Calculate the system size you need, along with estimated savings

What is the EPA's Green Power Partnership?

The Green Power Partnership is a federal program set up by the U.S Environmental Protection Agency (EPA). The program works with a variety of U.S based operations buying and selling green power. Their main goal is to minimize the usage of toxic emissions and further increase the quality of the environment.

The green power project does not use any traditionally-sourced carbon-based electricity production, instead opting for cleaner sources such as solar, wind, biogas, and geothermal sources.

Green power is available to households in 100 separate communities across 14 states. You can find the full list of participating communities here.

If you are interested in being completely green when it comes to creating and using energy, having both a residential solar array and being on a green power plan may be a good option for you.

If you’re looking at the easiest way to increase your green power consumption, you can sign up for a green power plan with your utility. This will cost you a premium, but it is the most convenient option.

However, if you’re looking for the most cost-effective option for green power, then consider a  domestic solar system. In most states, a solar panel purchase will pay itself within a few years through electric bill savings, making it a great long-term investment.

Check out our solar calculator if you were interested to see how much it would cost to get solar in your area.

Calculate your annual savings by switching to solar 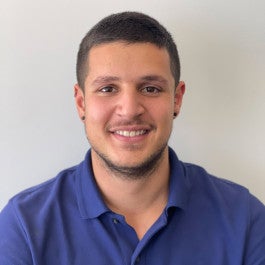 Joshua serves as a blog author and content advisor for SolarReviews.