Best solar panel angle: How do you find it — and does it matter?

How much does a solar panel's angle really matter?

As kids, we're all told the same thing: the sun rises in the east, sits straight up in the sky at noon, and sets in the west. This aphorism makes the sun's movements sound pretty straightforward.

However, the path taken by the sun is a bit more complex than that. The earth has a natural tilt and an elliptical orbit around the sun, meaning that the sun actually moves across the sky differently depending on where you live and the time of year.

In this blog post, we explore what the sun’s changing position means for solar power generation, as well as how you can position your panels for maximum performance. We’ll also explain how the best solar panel angle is based on different factors. Finally, we examine how important it actually is to achieve the optimal angle.

But before we begin, a quick note: solar panel angle is also known as solar panel tilt. You’ll see the terms used interchangeably, both in this article and across the internet.

What does “solar panel angle” mean?

Solar panel angle is another way of describing the vertical tilt of your PV system. When a solar system is level with the ground, it has no tilt. If it’s standing upright — perpendicular to the ground — it is at a 90° angle.

The solar panel angle can affect the amount of solar electricity you generate and is based on two factors: latitude and the season.

Optimizing and adjusting your solar panel tilt according to these factors can help you maximize your solar power production.

What is the best solar panel tilt for your latitude?

The angle of tilt increases with latitude — the further your house is from the equator, the higher your tilt angle should be.

For example, in states located at lower latitudes (such as Arizona and Hawaii), the sun is higher in the sky. In these states, solar PV panels require a low tilt to capture direct sunlight.

On the contrary, for states at higher latitudes — like Minnesota and Oregon — the sun is lower in the sky. In those states, solar photovoltaic panels should be installed at higher tilt angles in order to receive maximum sunlight.

How can you determine the optimum angle for solar panels for your state?

There’s a simple rule of thumb for calculating the best tilt angle for fixed-mount solar panels. Subtract 15 degrees from the latitude at your location during summer and add 15 degrees to your latitude during winter.

For a precise method, use the second formula on this page to calculate tilt angle.

These angles will give you the best overall output over the course of the year if you’re going for a fixed installation. It’s actually possible to increase energy production further by adjusting solar panels based on the season - we explain that in the next section.

What is the best solar panel tilt for each season?

The angle of the sun not only changes based on different latitudes, but also with the change of seasons. As shown in the illustration below, the sun is lower during the winter months and higher in summer months.

The sun is lower in the sky during winter. Image source: Lighting Research Center

This means that if you wanted to ensure that your solar panels are always positioned for maximum exposure to sunlight, you would need to adjust them for each season.

The table below shows the optimal solar panel angle for various states in the U.S. during winter, spring/fall, and summer.

A system at 40° latitude enjoys a significant energy boost of 4.1% if adjusted just twice a year.

An additional two adjustments for spring and fall can yield an additional 0.5% output — see below.

However, adjusting your solar panels four times a year (or even just twice) is not a straightforward task. After all, most solar panels are mounted on the roof’s fixed angle and can’t be adjusted.

The only way to adjust solar panels easily it to utilize a ground-mount system and install axis-tracking solar panels. However, there’s a big downside to this approach: while it does increase solar output, it increases your costs by much more. As a result, solar axis trackers currently aren’t worth the investment.

Now, are you wondering why you still only get 75.7% of optimal output after adjusting for each season? That’s because the remaining amount can only be achieved by adjusting for solar panel direction during the day.

Learn more: What is the best direction for solar panels to face?

How does having a shallow vs. steep roof angle affect solar production?

If you compare the output produced by solar panels over a year, you’ll find that there is relatively little difference between the panels installed on a shallow (15 degree) roof and a steep (45 degree) roof.

While you can use solar panel trackers to keep them at the optimum angle at all times, the costs and complications involved aren’t worth it in most cases.

Therefore, in solar-friendly states like California, most homeowners find solar systems to be worth the investment, whatever angle they are installed at.

This is evidenced by California’s solar statistics, as shown below in this chart by the Energy Information Administration.

Conclusion: Solar panel angle matters, but not that much

The performance of solar panels is affected by their angle of inclination. To extract maximum power from a PV system, you would have to adjust the angle based both on latitude and season.

In real situations, you often have to deal with fixed roof angles where there is no option to adjust or tilt the solar systems.

Because of this, solar systems are installed across a range of tilt angles as a means to accommodate a variety of roof pitches found on homes - effectively saving homeowners money.

The bottom line: The optimal solar panel angle can increase production, but failure to achieve isn’t a dealbreaker. 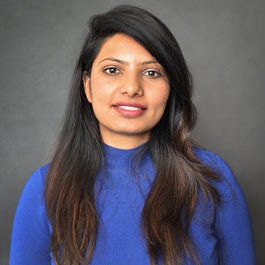