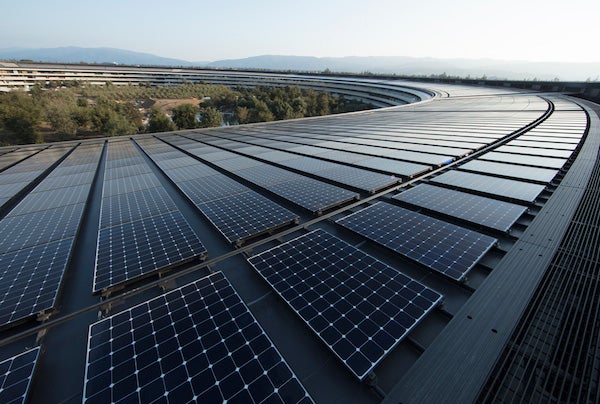 Meanwhile Google, which also is getting all its power from renewable energy, signed on, along with other companies including Johnson & Johnson, Target and Walmart, to support 177 MWs of solar power that will be built in Georgia. The support of the companies is allowing developers to finance their projects and is being developed through Georgia Power’s Commercial & Industrial Renewable Energy Development Initiative (C&I REDI). The program in Georgia is like a community solar program on steroids by allowing the companies to use remote solar farms to power their needs.

Community Solar continues to as well. Clean Energy Collective announced last month that it will offer its RooflessSolar program to customers in Orange & Rockland and Central Hudson service area. The offerings will guarantee them energy savings on their electric bills if they opt in to the program. The company will build solar farms in the area that people can choose to opt in to with no up-front costs to get there energy from solar power.

Also recently the National Renewable Energy Laboratory (NREL) announced a new set of tools to allow companies and homeowners to better understand the performance of solar panels over time. The RdTools are a set of open source software tools that can more quickly evaluate how a solar panel will perform and degrade over time. In doing so, it can help manufacturers better adjust their warranties, as well as assuring investors how a solar farm will perform over time.