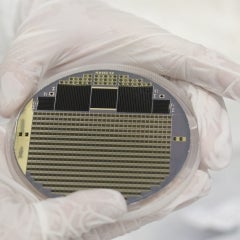 The theoretical efficiency limit of a conventional silicon-based photovoltaic cell is 33.7 percent, but companies like Soitec and Solar Junction are already surpassing that limit with specialized PV cells which use multiple layers of materials to absorb photons from different spectrum of light and convert them to electricity. The world’s current leader in this category is Solar Junction, which has produced a PV cell that can convert 44 percent of the sun’s rays into electricity at a concentration factor of 947 suns. However, Soitec says its new cell, which debuted at 43.6 percent efficiency, could reach efficiency levels of 50 percent under concentration.

While these cells are much more efficient at producing electricity than SunPower’s market-leading 24 percent efficient Maxeon PV cell, they’re also much more expensive and based on layers of semiconductors using gallium and arsenide, among other materials. As such, they’ve been used in satellites where every microgram counts and efficiency trumps all. But now they’re finding a more terrestrial home in concentrated photovoltaic systems, which use a lens (like a Fresnel lens) to concentrate the amount of sunlight that hits each cell by hundreds of times. For instance, Soitec’s cells are used in its Concentrix CPV devices. 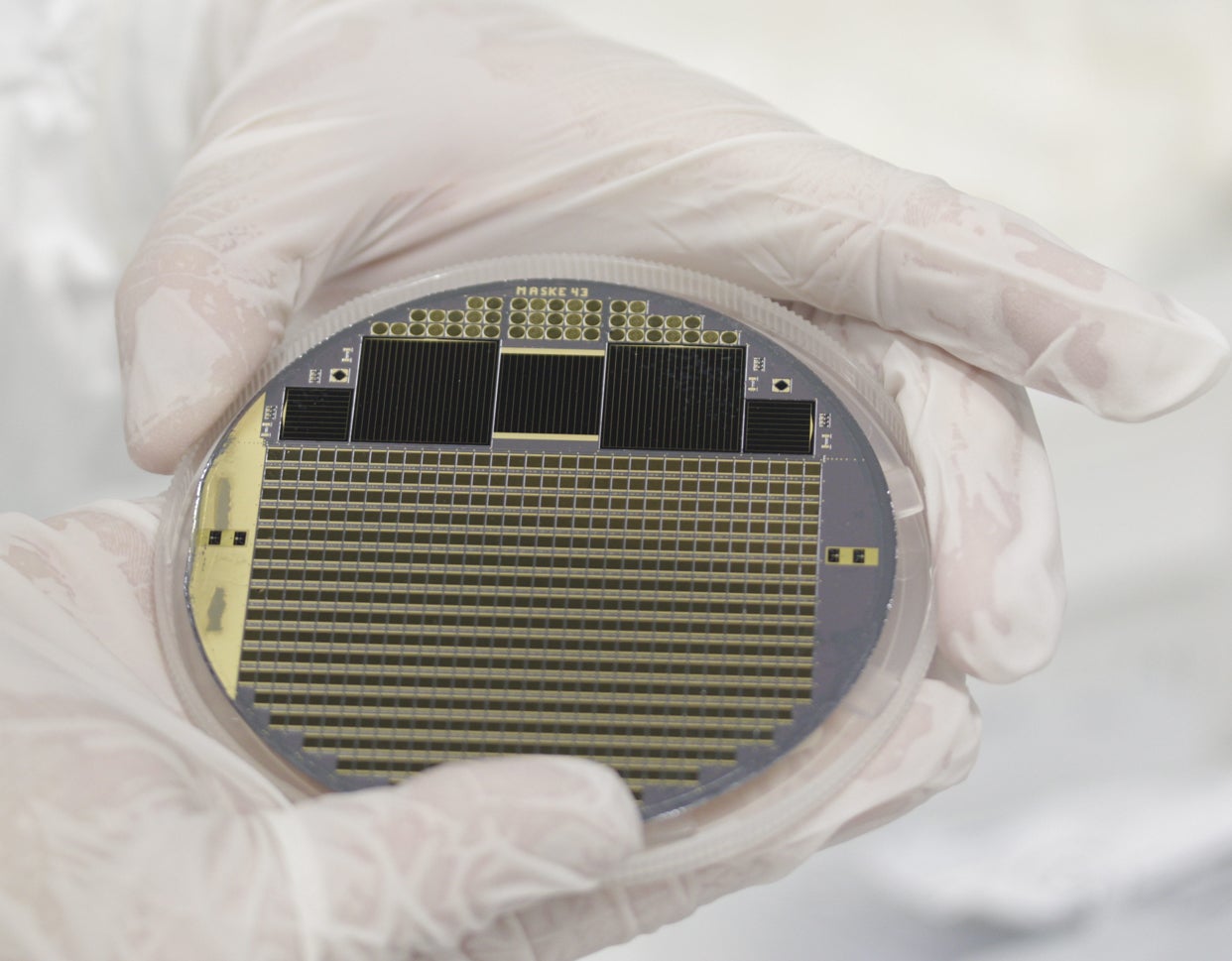 Soitec says the new cell is the first to use four junctions of semiconductors to absorb the sun. Other cells, like Solar Junction’s have used up to three junctions. “Today’s triple-junction solar cells used in commercial concentrator photovoltaic modules in real-world applications are approaching their physical limits in converting sunlight into renewable energy,” Soitec says. “Soitec’s four-junction cell is designed to increase the conversion efficiency of commercial CPV systems to the highest level ever achieved by any photovoltaic technology.”

The company adds that the cell operated at efficiency levels surpassing 43 percent throughout a range of sunlight concentration factors from 250 times to 500 times. However, it hit its peak of 43.6 percent at 319 suns.

To develop the new four-junction cells, France-based Soitec partnered with Germany’s Fraunhofer Institute for Solar Energy Systems (Fraunhofer ISE). “We are very pleased about the success of a 43.6 percent cell which we were able to reach due to the wafer bonding technology,” says Dr. Frank Dimroth, Department Head of III V Epitaxy and Solar Cells at Fraunhofer ISE. Wafer bonding brings together and compresses the multiple layers of microelectric devices. “For the first time, we can combine the best III-V compound materials in one solar cell device. This leads us into a new generation of multi-junction solar cells showing outstanding efficiency potential,” he says.

Makers of high-efficiency PV cells are looking to push the 50 percent efficiency limit and while the four-junction device gives Soitec a leg up, others think the efifciency level can be reached with three junctions. For instance, earlier this year a group of researchers across the U.S. designed a theoretical triple-junction PV cell that could convert up to 51.8 percent of sun’s rays into electricity.