Complete review of the sonnenCore battery 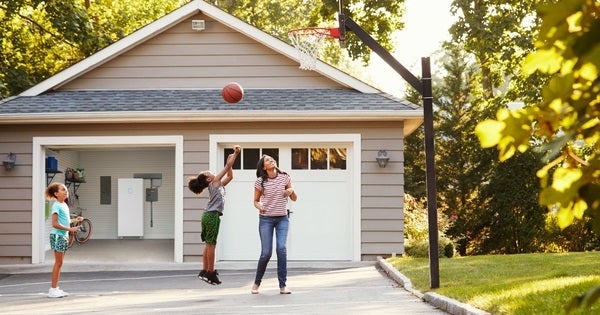 The sonnenCore battery can help you power your home entirely with solar. Image source: Twitter

The sonnenCore battery is one of the newest additions to the solar battery market. sonnen, a German battery manufacturer, is best known for its high-quality luxury home energy storage systems, the sonnen eco, and ecoLinx.

The company quietly released the sonnenCore+ in 2022. The sonnenCore has allowed the company to remain competitive with affordable home batteries, like the Tesla Powerwall and the LG Chem.

But, what exactly sets the sonnenCore apart from its competitors? In this article, we’ll take a closer look at the sonnenCore’s cost, specifications, advantages, and whether or not it’s worth it for your home.

What is the sonnenCore battery?

The sonnenCore+ is an all-in-one lithium-ion battery. The battery comes in two sizes: 10 kWh and 20 kWh. Each model is composed of individual battery modules stored within a sleek white battery cabinet, along with a built-in inverter to convert stored DC solar electricity into usable AC electricity for your home.

This also means the sonnenCore operates more safely than other home storage options, as LFP batteries are less likely to experience thermal runaway (or catch on fire) because they remain stable at higher temperatures.

How much does the sonnenCore battery cost?

The first version of the sonnenCore battery cost $9,500 before installation. The new sonnenCore+ models do not have prices listed on sonnen’s website. We can expect the 10 kWh sonnenCore+ to still be somewhere around that $9,500 price point, maybe a bit higher because of recent supply chain issues. As for the 20 kWh model, we can’t say for sure.

Installation can add an additional $2,000 onto the price, for a ballpark estimate of about $11,500 for the 10 kWh sonnenCore+. This is right in line with other popular batteries. Tesla’s home battery costs $11,500 including installation, while the LG Chem costs about $9,000 with installation.

The good news is that the sonnenCore+ can qualify for the 30% federal tax credit. Certain states also offer their own solar battery incentives, like California’s Self-Generation Incentive Program (SGIP), which will drop the price of the sonnenCore even further.

Find out which local solar incentives are available in your area

Key specifications for the sonnenCore battery

The sonnenCore+ comes in two models with a capacity of either 10 kWh or 20 kWh. The 10 kWh version can hold about one-third of the average American household’s daily electricity consumption.

The addition of the 20 kWh sonnenCore model allows homeowners who need a little more storage to go with the sonnen if they so choose.

The power rating of a battery will tell you how much electricity it can deliver at a time. Basically, the power rating tells you how many appliances the battery can power at once.

The sonnenCore+ battery has the ability to send 4.8 kW of continuous power, which is standard for most lithium-ion batteries. With 4.8 kW of power, sonnenCore+ will power smaller 120-volt appliances like microwaves or mini-fridges, your lights, and electrical outlets.

This means that for every 10 kWh of solar energy you send to the sonnenCore, 8.58 kWh will actually be stored in the battery for your home to use. The other 1.5 kWh was used to actually store the energy in the battery.

The sonnenCore+ warranty guarantees that the battery will operate at 70% of its original capacity after it goes through 10,000 cycles, or after 10 years, whichever comes first.

The depth of discharge (DoD) of a battery tells you the amount of electricity that has been released from the battery, compared to the overall battery capacity.

The sonnenCore+ has a 100% depth of discharge, which means you can use 100% of the energy stored in the battery without harming the battery life.

The sonnenCore is 27 inches wide, 69.5 inches high, 14 inches deep, and weighs between 408 and 525 lbs. That’s over 100 pounds heavier than the Tesla Powerwall and the LG Chem. When the legs on the bottom of the cabinet are extended, the height increases to 73 inches.

All of this is to say that the sonnenCore is a big battery, so you need to have the space for it in order for it to be installed.

The sonnenCore automatically switches to emergency backup mode to keep your home running in the event of a power outage. You can also monitor and control your battery’s settings right from your phone using the sonnen app.

Should you choose the sonnenCore battery for your home?

If you’re in the market for a battery storage system, the sonnenCore is definitely worth it for your home.

Although the sonnenCore has a slightly higher price than some other lithium-ion solar batteries on the market, its increased safety can give you peace of mind.

Not only that - its three operating modes let you tailor your battery exactly to your energy needs. You can reach out to sonnen-certified installers to find out if a sonnenCore is available in your area.

Still stuck between the sonnenCore and the Tesla Powerwall? Take a look at a comparison of the two battery systems here.

And if you’re curious about how much a solar-plus-storage system will cost for your specific home, check out our solar calculator! You’ll get a detailed estimate of how much solar will cost (and save!) you by powering your home with renewable solar power.

How much can you save annually by switching to solar?