NJ Successor Program: What’s next now that SRECs are done? 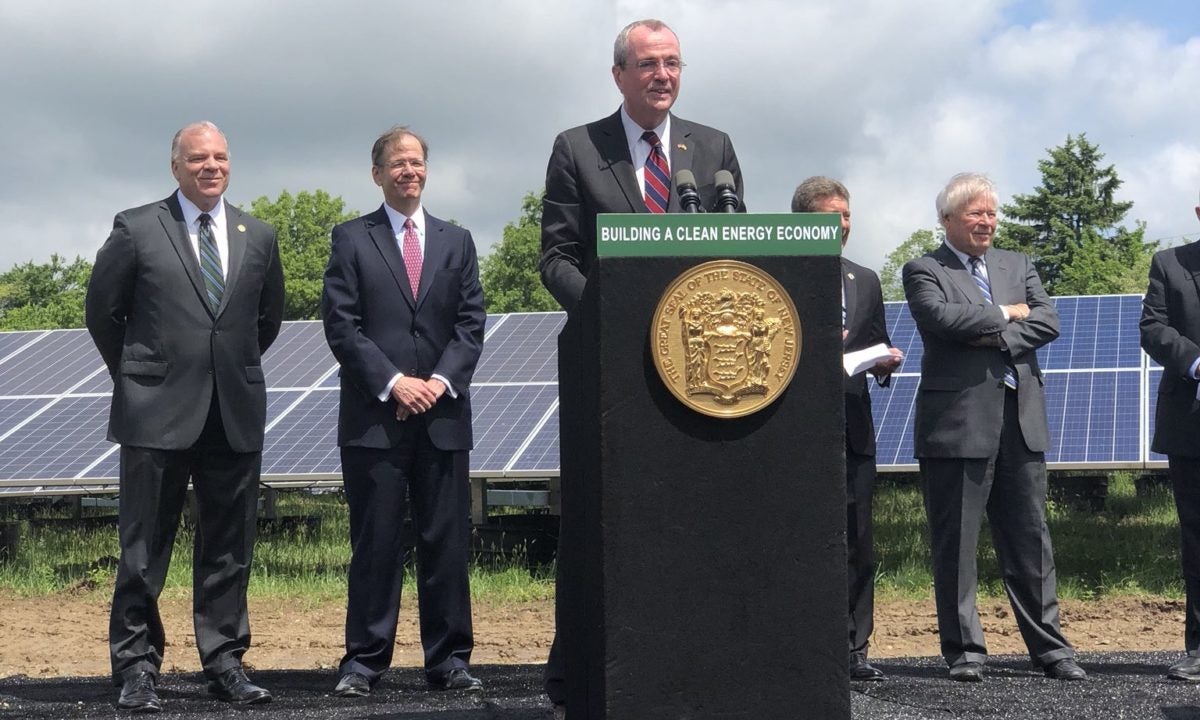 New Jersey Governor Phil Murphy before the signing of the Clean Energy Act, which calls for the creation of an SREC successor program. Image source: PV Magazine

New Jersey became one of the top states to install solar panels largely because of its solar renewable energy credit, or SREC, market.

In mid-2020 we saw the end of the popular solar incentive program in exchange for a Transitional Renewable Energy Credit (TREC) program. But the TREC program was just that - a transition program.

What the final SREC ‘Successor Program’ will hold has been a bit of a toss-up, but the state’s Board of Public Utilities just released a proposal for the structure of the new program.

In this article, we’re going to take a look at the proposed structure for the New Jersey SREC Successor Program, how it will impact homeowners’ solar savings, and what it holds for the future of New Jersey’s solar industry.

History of SRECs in New Jersey

Before we dive into the proposal, let’s lay out what led us to the Successor Program.

In 2018, New Jersey Governor Phil Murphy signed the Clean Energy Act which required the state to move away from SRECs, a market-based program which was considered volatile and costly to ratepayers. The Clean Energy Act also directed that the state create a Transition Program to bridge the gap between SRECs and a to-be-determined Successor Program.

You can read more about SRECs and how they work here.

Unlike SRECs however, the value of TRECs does not fluctuate based on market conditions. Instead, TRECs are worth a set value of $152 per MWh, but different projects receive a different fraction of the price. For example, residential net metered solar systems receive 60% of the value of a TREC which comes out to $91.20 per MWh their solar panel system produces.

A breakdown of the TREC program can be found here.

Now, the state has released a straw proposal for the Successor Program that will follow the Transition Program.

It’s important to remember that this is just a proposal. None of this is set in stone. But, it is important to take note of what direction the Board of Public Utilities (BPU) is leaning, as a bulk of the basic framework outlined in the proposal will likely be implemented as the final Successor Program. You can find a copy of the full Successor Program here.

The Board of Public Utilities has proposed making the Successor Program a fixed incentive program, similar to the TREC program. This means each qualified solar project will earn a fixed incentive price for each MWh of solar electricity the system produces, which we’ll call ‘Successor RECs’.

The BPU has also suggested splitting the Successor Program into two groups:

This is the part you want to focus on if you’re a homeowner. The BPU suggests that the successor program for residential net metered projects, projects under 2 MW in size, and community solar projects should have an administratively-determined fixed incentive.

What does this mean? Essentially, the BPU will determine the value that homeowners will receive for each Successor REC, or MWh of solar their solar panels produce. When you sign up for the Successor Program, you’ll receive the same incentive rate for the qualified life of the system, which is 15 years.

But how much would the incentive be? Good question. Here are the proposed rates from the BPU:

The Successor REC values are designed to be reevaluated every three years based on updates to modeling, any major policy changes, and stakeholder input. The reset price would not impact homeowners already in the program; the new prices would only be available to new systems.

The proposal also includes a recommendation for “market segment targets” or “capacity targets”. Essentially, these capacity targets would serve as a ‘cap’ on how many projects could qualify for the Successor Program in a three-month period.

Similar caps have been used in other states, like in the Massachusetts SMART Program, where capacity blocks dictate how many projects qualify for a given incentive amount.

Successor RECs will be priced differently for grid-supply solar systems and net metered systems larger than 2 MW in size. The projects would be divided into four “solicitation categories”:

The BPU’s rationale for this type of competitive-bid program is to keep incentive prices low so ratepayers don’t incentivize projects seeking too-high bids and it will be reflective of market conditions. However, this method does provide a bit of uncertainty for solar developers, and it does require active involvement in the bidding process.

Some of the more nitty-gritty details are not outlined in the proposal, as the BPU is currently seeking stakeholder input on how the program should work.

What will solar savings be like under the proposed Successor Program?

We can’t quite compare the savings for the grid-supply and over-2 MW systems, but we can outline what the savings would look like for solar homeowners if this version of the Successor Program were to be put in place.

Say you install a 7 kW solar panel system, which would produce somewhere around 9 MWh of solar power per year. With the Successor REC prices laid out in the straw proposal, you would earn $85 for each MWh - that’s $765 in the first year that you have your solar panel system.

Solar panels degrade over time, usually around 0.50% each year. Once you take degradation into account, over the 15-year qualified life of the system, you would earn about $8,500 from Successor RECS alone.

If we use the same solar system example from before, we can easily compare the savings between the proposed Successor Program and the TREC program.

If we use the same 7 kW system example from before, we know that after 15-years you would earn $8,500 from the proposed Successor Program. Under the TREC program, you would earn $9,120 over 15 years.

So you would get more savings with the TREC program than you would the Successor Program. That means if you’re a New Jersey homeowner considering going solar, the sooner you switch the better because TRECs will likely provide you with higher solar savings.

How many solar panels will you need to eliminate your electric bill?

Advantages and disadvantages of the Successor Program proposal

Like most things, the Successor Program proposal comes with pros and cons.

Here’s what we like about the Successor Program proposal:

Here’s what we’re not so crazy about:

Some of our concerns will most likely be addressed in upcoming stakeholder meetings and hopefully will be incorporated into the final draft of the Successor Program.

Overall, the proposal offers a solid start for the Successor Program framework. It’s dynamic, relatively simple, and still provides homeowners with substantial savings when they switch to solar.

What’s next for the New Jersey Successor Program?

As we’ve said, at this point, all we have is a proposal for the Successor Program - nothing is permanent yet. Before a final decision is reached, the BPU will hold four stakeholder workshops to go over the proposal and hear feedback from stakeholders. On April 30, 2021, the BPU will hold a Board Public Meeting regarding the program for stakeholders to provide testimony on the solar program transition.

Written comments on the matter can also be submitted to the BPU. The BPU has asked specific questions for stakeholder feedback as well, which can be found towards the end of the proposal document.

There is no set date for the Successor Program to be approved. Until a final decision is put into place, solar panel systems will continue to qualify for the Transition Program.