A score we give a solar company out of 100 based on 0 criteria that our SolarReviews industry experts believe are the best criteria to separate good and bad solar companies.

The company that installed my solar system went out of business so I hired Jeremy to come and check things over and get the online monitoring back in order. He was very easy to deal with and very honest about my system. I wish I would have hired him to do the job in the first place but am glad to have him available for the future.

Whatever the reason, environmental or electricity costs, buying solar panels for your home is a huge decision and commitment. I received several quotes from several solar businesses. But it was Jeremy Coxon of SunWind Power Inc. whose professionalism impressed me the most. Mr. Coxon made sure I understood the science, economic impacts and architectural aspects of installing and maintaining solar panels. Even now, more than a year later I’m glad I decided to “go solar” with SunWind Power. Thank you, Mr. Coxon. I know I made the right choice.

We chose SunWind because of their reputation to provide the best quality installation and made in USA equipment. Their attention to detail showed at every step of the process from their no nonsense no pressure sales approach all the way thru until the day when they showed us how to operate our system and what to expect. We were kept informed at each step of the process and when they say they're going to do something they do it and they do it when they say they will. We paid a little more for them, but we know that we got a top of the line installation that will cost less in the long run. Thanks SunWind for making our dream of going solar a reality and for answering every single question with incredible detail and grace. You guys rock!

We chose to work with Jeremy because of the strong recommendations we received from his previous customers. All of the positive feedback has proven to be true. Jeremy is knowledgeable, thorough, and easy to work with. I have no doubt that he will continue to provide excellent service, should the need arise in the future.

The entire process from design to turning the switch on was hassle free. We are thrilled. Our electric bill now is the minimum every month. Don't let the lies that the utility companies tell influence you. Wish I had installed this system years ago. 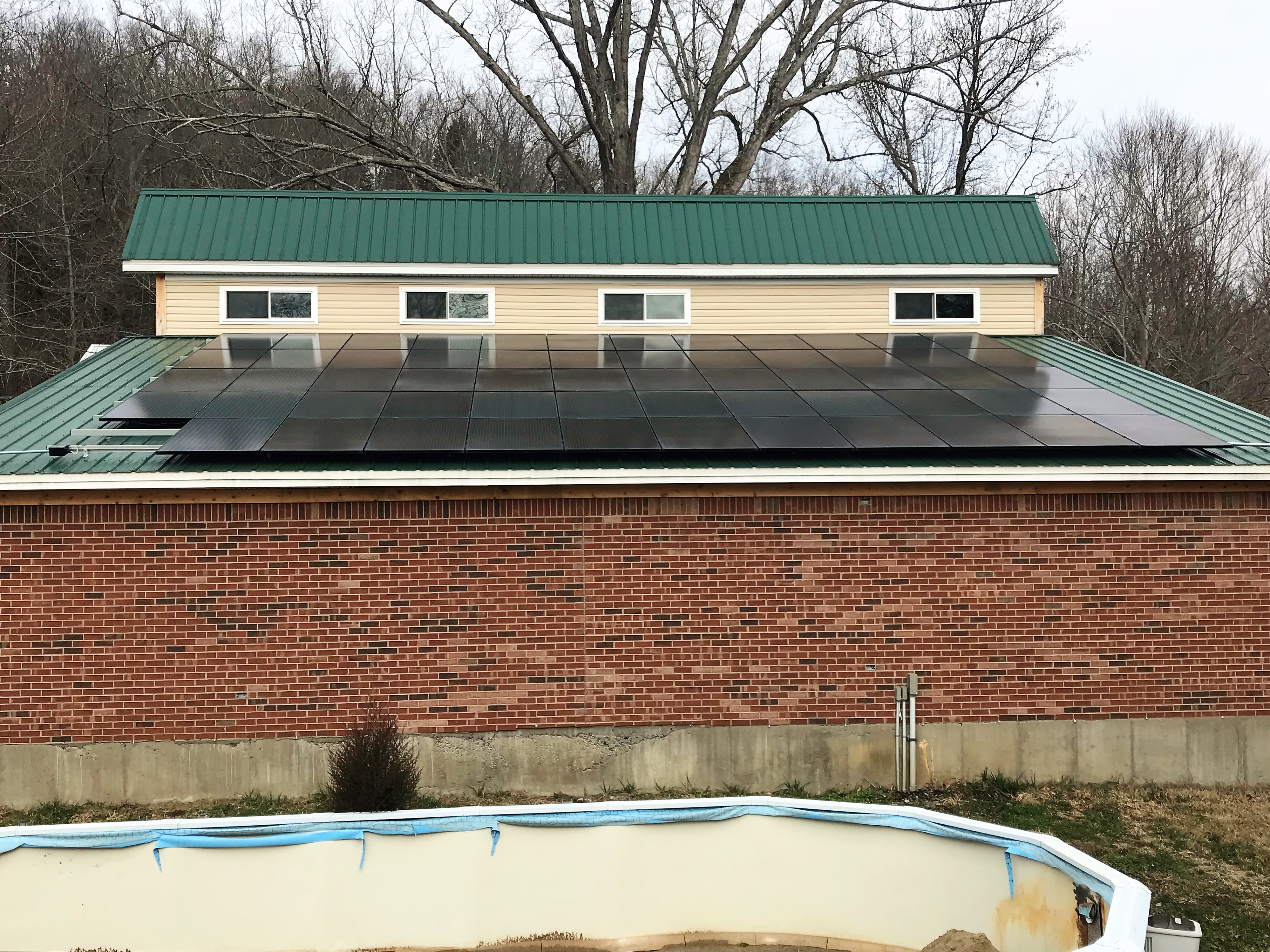 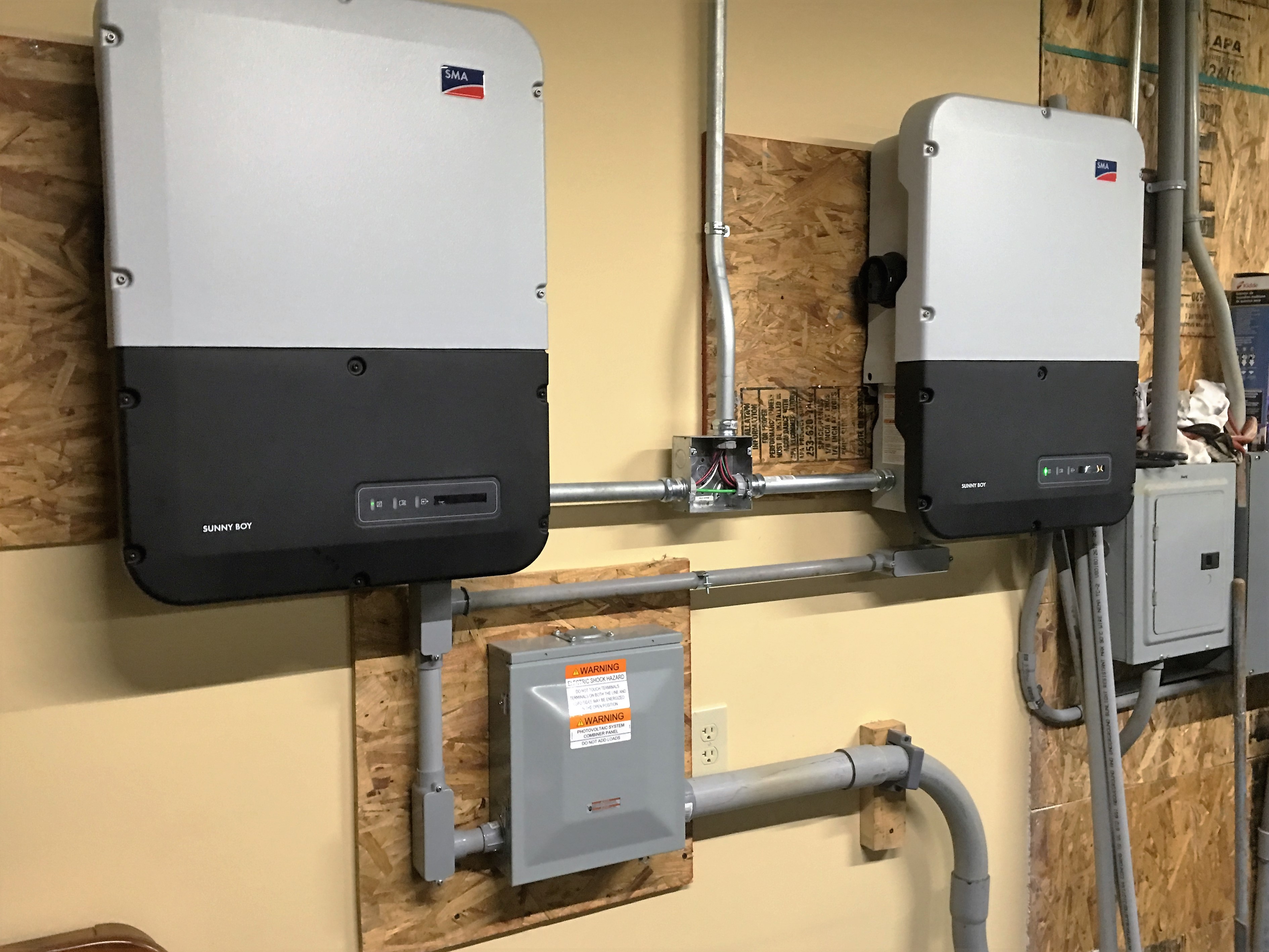 I've used Sunwind for a number of years. Jeremy is always prompt and professional and does outstanding work. He is willing to think outside the box to solve unique problems. I would recommend him to anyone.

We chose this company for several reasons. Firstly they had done an installation for a family member somewhat recently. Secondly they came highly recommended from environmental activists in our region. Thirdly They were the only company that came to our house to do an assessment of what was needed. We had contacted 3 other regional solar panel installers, most of them with local offices. They all presented bids with information gathered from satellite pictures. Each of the three had similar proposals but were not able to grasp the importance of a very tall river birch growing next to the house and which over half of the tree was above the roof line. It meant something to us that this company thought enough of creating a plan after an on sight visit. Additionally we liked their plan better than the other three. The general demeanor of the primary installer was very thoughtful, caring and involved in the total solar panel installation

An earlier experience with Jeremy at a home show caused me to give him the first call when I wanted to explore my solar options. After a review of my house and interests by JeremyI I was convinced j had the person I wanted to work with.

SunWind Power has helped us with energy issues for the last several years. Initially helped us reduce our energy use. He then installed a roof top solar system that paid what our usual monthly electrical bills cost. We moved a few years later. With our existing roofs, we did not have adequate solar access. Fortunately, we had a good sized lot and he found a spot to install ground mounted solar, which is also paying our electrical bills!!! We highly recommend Jeremy & his company-SunWind Power!

I recommend Sunwind for anyone looking to invest in renewable energy . For 2 reasons manly, one being Jeremy looks out for you to get the most from your system, there is no nilly willy installation here. Second he stays with the project until its right. I had a inverter problem and he went through every step to find the problem and get it right.

Go for the gold

If solar installation were an event in the 2016 Olympics, the team from SunWind Power Systems of Floyds Knobs, Ind., would win the gold medal.<br /><br />Granted, I'm not a real judge in the world's biggest sports spectacle. To be honest, I have only a dim grasp of athletics. But I am very discriminating when it comes to hiring people to work on my home, and I know good work when I see it.<br /><br />Several months ago, after 10 years of dreaming about adding rooftop solar, I finally decided to go for it. A work colleague recommended Jeremy Coxon at SunWind, so I contacted Coxon to see if he would design and install a solar PV system for my 1,300-square foot, all-electric home.<br />It was one of the best decisions I've ever made.<br /><br />Coxon and his associate, Trent Winlock, are exceptionally good at what they do. Coxon, an engineer, is a seasoned project manager who knows solar PV systems and out. Winlock is a talented, versatile craftsman and problem-solver. Both are hard workers who take professional standards to heart and who share a commitment to sustainable living.<br /><br />Unlike some companies that slap solar panels on the roof, collect their money and drive away, SunWind approached my project thoughtfully and strategically.<br /><br />They reviewed my annual power usage, searching every nook and cranny of my house for air leaks, showing me where work was needed and prompting me to seal a crawlspace that had sucked out air for years. They used scientific data to determine where my panels would get maximum sun exposure. They even considered where to mount my inverter so it wouldn't be an architectural eyesore.<br /><br />Then, and only then, they created a written plan for my approval, climbed atop my house themselves and made things happen.<br /><br />My 5,000 kW system began generating power in early May, and Duke Energy signed off on my net metering agreement soon after. Everything is working flawlessly. My most recent Duke bill (for usage May 17-June 16) was $3.45 compared to $92.95 for the same period last year. Hard to believe, but true.<br /><br />What's more, SunWind made it possible for me to do something on an individual level to chip away at the problem of climate change. Every kilowatt hour I generate from the sun equals one less kilowatt hour generated by fossil fuels. That's no small thing, and it gives me a wonderful feeling.<br /><br />If you're thinking about adding solar, now or later, you'll be hard-pressed to find anyone better than SunWind. Coxon and Winlock may not be actual Olympic athletes, but believe me when I say they will go the distance on your project, and you and the environment will be the winners.

SunWind Power Systems, Inc. was founded in 2005 by Patricia and Jeremy Coxon to provide products and services for solar, wind, and other renewable forms of energy to the people of Indiana and Kentucky.