Are solar panels worth it for Los Angeles Department of Water and Power (LADWP) electric customers?


LADWP offers lower electricity rates than the investor owned utilities in California, but their electricity charges are still higher than those in much of the rest of the country.

The thing that is driving a lot of LADWP customers to consider installing solar panels as their best option for reducing their electricity costs is that LADWP is not subject to the NEM 2 net metering changes that were forced on the investor owned utilities by the California Public Utilities Commission in 2016.


Is LADWP net metering the reason so many of their customers have started installing solar panels in 2018?

LADWP clearly has the most favourable net metering scheme for their customers that install soalr panels comared to any other utility in California. There are two aspcts of the LADWP net metering program that make it better than the NEM 2 net metering program now offered by PG&E, SDG&E and SoCal Edison. these thigns are:


What are LADWP's Net Metering rates?

LADWP pay you the retail rate for excess solar power that you export into the grid because it effectively spins your meter back 1 kwh for every kwh of power you export.

If this didn't happen then you would likely have paid for each kwh of usage at your top tier rate.

As such, the value of each exported kwh depends on your top tier of usage. Higher users who have a greater proportion of their usage at the Tier 3 rate actually save more per kwh of solar they generate than customers who use less power and so are in a lower cost payment tier.

The $ savings rate also depends on the season as electricity rates change from winter to summer. This means the value you are receiving for the excess solar power you generate also fluctuates with this seasonal pricing.

Most utilities in California no longer offer "up front" rebates to assist their customers with the cost of installing solar panels. However, in March of 2017, LADWP allocated $14.3 million in rebates to subsidize the cost of installing a solar power systems for their customers under their Solar Incentive Program (SIP), and a similar figure could be allocated for 2018.

What SIP solar incentives I can still get in 2018?

In addition to the rebate program, LADWP offers a program called Solar Rooftops for those owners of eligible single family buildings that do not wish to install solar.

Customers can receive $360 per year or $30 per month credited to their bill by effectively renting their roof space to LADWP for solar generation. LADWP installs the panels and connects the system to the grid, and they will receive the energy produced by the system.


How much does installing solar panels save the average LADWP residential customer?

If I input the details for a LADWP customer that has a power bill of $270 per month into the best online solar panels calculator, it tells me that I need a 10.89kW solar system that will produce 16,530 kWh's per year and that this system will return the owner a $115,111 profit even after repaying the capital over 25 years.

The solar savings possible for you as an LADWP customer will depend on the amount of electricity you use, the amount of suitable roof space you ahve available and the size of solar system you buy. Often the size of the system and the savings generated are dictated by available roof space. It can also vary based on the direction of your roof or any shading of your roof that effects output.

Here is a monthly and lifetime solar savings estimate for the same relatively typical LADWP customer with a $270 per month electric bill prior to solar and who installs a 10.89kW solar system.

The graph above shows the savings for this customer in the first month that their solar system is live. It assumes that the system is purchased via a 100% loan product.

One of the common reasons why people have been slow to install solar panels despite the excellent financial return that they give to LADWP customers is that often the first months savings are not enough to motivate them to go through the process of buying solar. However, it is important that people realize that solar savings grow over time as utility prices increase. As can be seen in the graph, the solar saving are sizeable when totalled over the life of the system, not just the first month.

The graph below shows the savings for the same customer over 25 years. Please note the overall profit is slightly less than what was displayed for a cash purchase of the same system above. The difference being that we have included the cost of interest in the lifetime savings summary below.

The above cash flow projection assumes a solar system that offsets 100% of power usage, a finance rate of 3.99%, a financing period of 20 years, a minimum utility charge equivalent to 10% of bill without solar, and a utility cost inflation rate of 4.5% p.a.


What is the average payback period for residential solar panels for an LADWP customer?

The payback period for an LADWP customer installing solar panels on their roof at home depends on their power usage prior to installing solar, the time of day in which they use power and the size of system they install. What we have done below is copy an extract from the leading online solar panel savings calculator which shows that the payback period for a typical LADWP customer as we've discussed above. You can visit this calculator yourself and enter your own current power bill to see your solar savings and your likely payback period. You'll note that for customers with larger monthly power bills the payback time is usually slightly shorter because the cost of solar systems per watt usually reduces as the system size increases.


Your total savings over the life of the system are estimated to be $115,111

System prices are estimated based on the average reported cost of systems installed in the past year. Pay Back Period and Equivalent Return on Investment are calculated based on a 100% cash purchase. Estimated Cost Per Watt is calculated after claiming all applicable incentives. This estimate assumes you are able to take full advantage of potential tax benefits.


What incentives, tax credits and rebates are available to LADWP customers for installing solar?

As is the case with most utilities around America, LADWP no longer offers up-front cash incentives paid by the utility to encourage their customers to install solar panels. There are some upfront incentives available for customers on low incomes and some available for new home construction. You should ask your local solar company about whether you may be eligible for any such incentives. Solar may also be eligible for some wider energy efficiency grants or credits although these are also limited in scope and application.

The major financial incentive currently available until the end of 2020 is the 26% federal solar tax credit. However the way this works is that the full cost of the system needs to be paid to the installer and this tax credit can then be claimed back as cash when you next do your taxes.

Detailed information about your estimate

Please note that the investment return figures do not include the possible increase in property value.


What are the environmental impacts from LADWP customers installing solar panels for their home?

A solar system generating 16,530 kWh per year will save you money AND make the world a nicer place

on average per year


CO2 emissions calculation based on the electricity generation and emissions data for your state in 2015 as published by the US Government Energy Information Administration.


How much power do solar panels installed in the LADWP territory produce?

The amount of power produced by solar panels across the LADWP service territory varies depending on the location and local climate, and the specifics of the properties roof. You can enter your zipcode below to see power production and also get pricing from local solar companies.


How much does solar panel installation cost in the LADWP territory?

The cost of installing solar panels will vary with brands of solar panels and inverters you choose and also the installation company you choose to install them. However, Los Angeles is arguably the most competitive solar market in America. There are more solar companies in Los Angeles than any other city in America. What this has meant is that solar panels cost in Los Angeles is lower than anywhere else in California. It is common to see really good systems, using quality brands of equipment, being sold for around $3.00 per watt or $10,500 for a standard 5 kW solar system after the customer claims the 26% federal solar tax credit.


Who are the best solar companies that service my local part of the LADWP territory?

As the LADWP territory covers a number of cities there are different solar companies operating locally in each as well as some that cover the whole territory.

If you are up to the stage of wanting quotes from solar installers you can get a system sized for your house and up to four quotes from installers that service your area for free online by entering your zip code below.

See my solar panel installation cost from your local installers

How much electricity will solar panels produce where I live?

How do I get an accurate solar quotes that takes into account my home and my power usage?

To get accurate solar quotes you (or your solar company) needs to work out how many solar panels you need on your home.

To do this they need to know your power usage patterns. This will allow you to come up with the amount of solar panels you would ideally want to making your power bill zero.

Once you determine the right amount of solar panels you then need to measure your roof to see how many panels will actually fit on your roof. Most solar companies can measure roof spaces online using tools that are similar to Google Maps (but are more accurate) such as www.nearmap.com.

The www.solar-estimate.org website is the leading solar marketplace in America and allows you to both do an accurate online estimate of your needs and request quotes from solar companies through one interface. 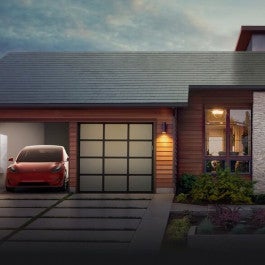 How much does the Tesla solar roof cost in 2020 compared to conventional solar?