How solar power could protect Texans from another ERCOT power outage 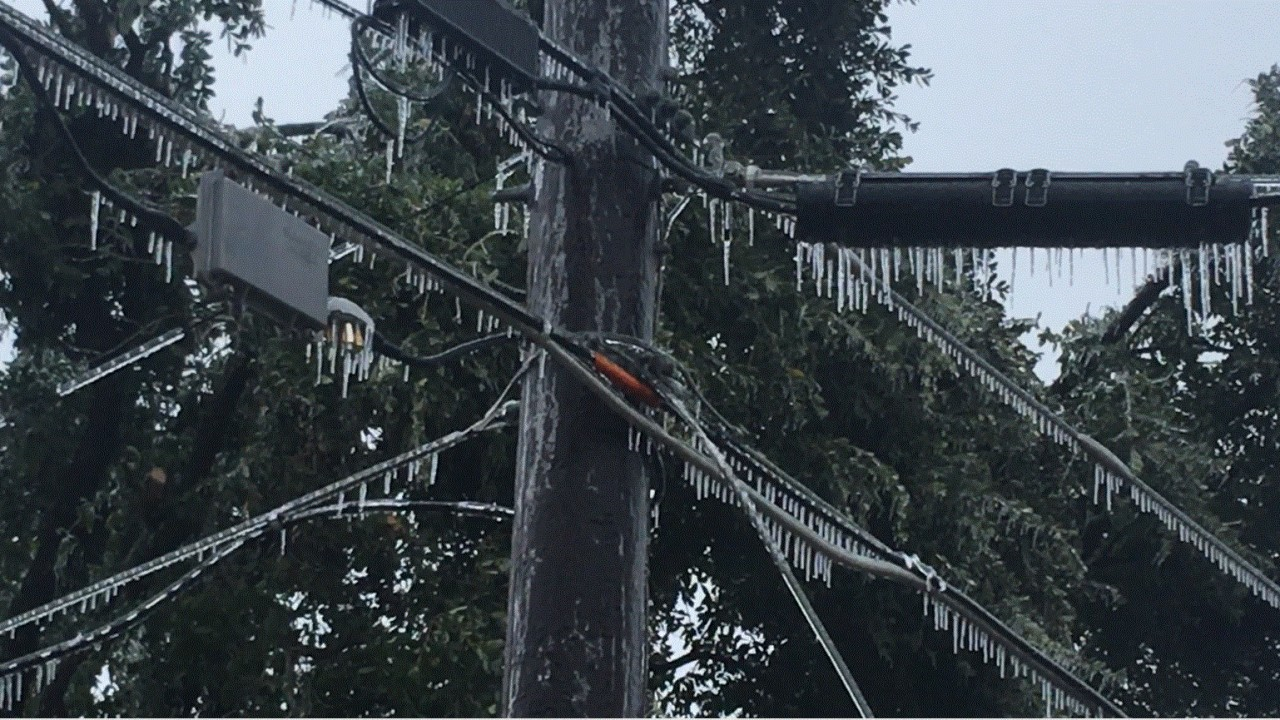 Millions of Texas citizens have been left without power after one of the worst climate events the state has ever experienced. It can be hard to make heads or tails of what exactly has caused the issue, and whether or not the widespread blackouts were preventable.

We’re going to take a closer look at what happened in Texas, and how you can protect yourself against another event like this with solar-plus-battery storage.

What caused the power outages in Texas?

There are three main factors that contributed to the widespread outages across Texas: high electricity demand with not enough supply, the state’s standalone electric grid, and utility infrastructure being unequipped to handle the cold.

As weather conditions caused by the polar vortex got worse, Texans started to crank the heat. Although the state’s power plants claimed to prepare for an increase in demand in advance, they still didn’t have enough energy being produced to meet their customers’ needs.

In response, the state began to cut power from its citizens to prevent ‘uncontrolled, cascading outages’. These forced shut-offs were to allow some customers to keep their power on while reducing the overload on the utility’s infrastructure.

The remaining 47 U.S. contiguous states operate on either the Eastern Interconnection or Western Interconnection grids, which are subject to regulations by the Federal Energy Regulatory Commision (FERC). By being a part of these larger power transmission grids, power generated in one state can be sent to another state where the energy demand is higher, which serves as a buffer in situations like the one taking place in Texas.

Texas has put itself on an electrical island in the name of freedom - they don’t want FERC messing with their grid and they wanted to keep prices low. But this so-called freedom from federal regulation is what quite literally left them in the dark this past week. When there wasn’t enough electricity generation in Texas, there wasn’t anyone to turn to for help.

Not equipped for the cold

You may be thinking, “Why didn’t Texas just fire up their power plants and create more electricity?”.

Well, Texas’ electrical infrastructure isn’t equipped to handle such cold temperatures, because they don’t happen that often. So, because Texas utility equipment isn’t winterized, when they went to produce more electricity they realized they couldn’t.

The weather conditions have quite literally frozen power plants and transmission lines so they cannot produce electricity. All of the state’s energy generation sources saw a decline in productivity because the power plants aren’t designed to operate in these conditions.

The frozen pipelines are preventing many power plants from even attempting to generate more power for the people of Texas. So, with 51% of the state’s electricity coming from natural gas and no way to access it, it’s no surprise that millions are out of power.

Are renewables at fault for the Texas power outages?

The short answer is no, despite what many politicians want you to believe. Renewables are not responsible for the blackouts. In fact, renewable energy could be the best way to protect Texans against their unreliable power grid.

It is true that wind turbines in Texas froze. But many politicians are using this as a red herring. About 25% of Texas’ generating capacity comes from wind, so frozen wind turbines alone couldn’t cause such catastrophic outages. If Texas’ wind turbines had been built with de-icing tools and built-in heaters, like many are throughout the world, they wouldn’t have frozen.

Many are also trying to use the frozen turbines and snow-covered solar panels as a reason that we shouldn’t switch to renewables, claiming that they are unreliable. If anything, the situation in Texas has shown that fossil fuels are unreliable and only worsen the issue at hand, which is climate change.

Climate change is increasing the frequency of these ‘once-in-a-lifetime’ weather events that lead to extensive power failures. We have seen time and time again that fossil fuel-powered plants, although touted as reliable, are not able to handle what climate change is throwing at them. Instead, all we have are rolling blackouts while continuing to burn fossil fuels that further exacerbate the impacts of climate change.

By investing in grid-scale solar, wind, and storage projects, we could generate power without adding harmful greenhouse gases to the atmosphere and create a more reliable grid system. And with more distributed renewable generation, like home solar panel installations, we could ease some of the demand off of the grid.

Protect yourself from blackouts with solar energy storage

Installing solar panels on your house allows you to use electricity that you generate on your own roof. This is great for increasing your own energy independence and taking pressure off the grid, as well as saving you money on your utility bills.

However, grid-tied solar panel systems won’t continue to operate during a power outage. Typically in the event of a power outage, your solar panels will automatically shut off to prevent excess solar energy from being sent to your power lines. This is a safety measure to protect utility workers that help get your power back up and running.

In order to keep your electricity on during a power outage, you need to pair your solar system with a solar battery. Basically, the battery allows your panels to keep powering your home, as any excess power will be sent to the battery - not the grid.

This means on a typical day, your panels will run your home during the day and you can use the stored power in the battery to keep your lights on at night. Keep in mind that if there is snow on your solar panels, they’ll produce less electricity. And in an emergency, you can always remove the snow.

The thing is, battery storage can be a little pricey. So, if installing a Tesla Powerwall is out of your budget, you can opt for a solar generator instead.

A solar generator acts as a miniature solar system that allows you to run a few small appliances until the grid is back up. You don’t have to worry about leaving your home for fuel, which keeps you safe, and leads to lower lifetime operating costs than a conventional gas-powered generator.

What does it all mean for Texans in the future?

Citizens of the Lone Star State got to experience what it truly means to be left alone in the dark, as they had no backup during the extensive power outages caused by a series of winter storms.

Their standalone grid system failed them by underestimating how much power they would need, and the issues were worsened by the fact that Texas’ grid infrastructure isn’t equipped to properly handle cold temperatures.

Many politicians, including former Energy Secretary Dan Brouillette, current Governor Greg Abbott, and Congresswoman Mary Miller, have tried to push the blame on renewables. But the truth is that renewable energy is the best way to fight against these types of statewide blackouts.

At the very least, we hope to see ERCOT invest in creating a more resilient, winterized grid - as these types of winter storms will only become more common as climate change continues. In an ideal world, politicians would push for ERCOT to increase transparency with the people of Texas, and maybe even push to be incorporated into the Western or Eastern Interconnection grids. But, you shouldn’t hold your breath.

The best way to protect yourself and your family from experiencing extended power outages like the ones in Texas and California is to consider switching to solar and installing a solar battery. Not only will you be doing your part to combat the root of the issue, climate change, but you’ll also be decreasing demand on the grid and keeping power flowing to your home.

How much will solar panels + a solar battery will cost for your specific home?