Solar panel car roofs: are they a good idea?

Have you ever seen a solar car? Not just a car that has solar cells on its roof, but a fully solar-powered car. It looks like this: 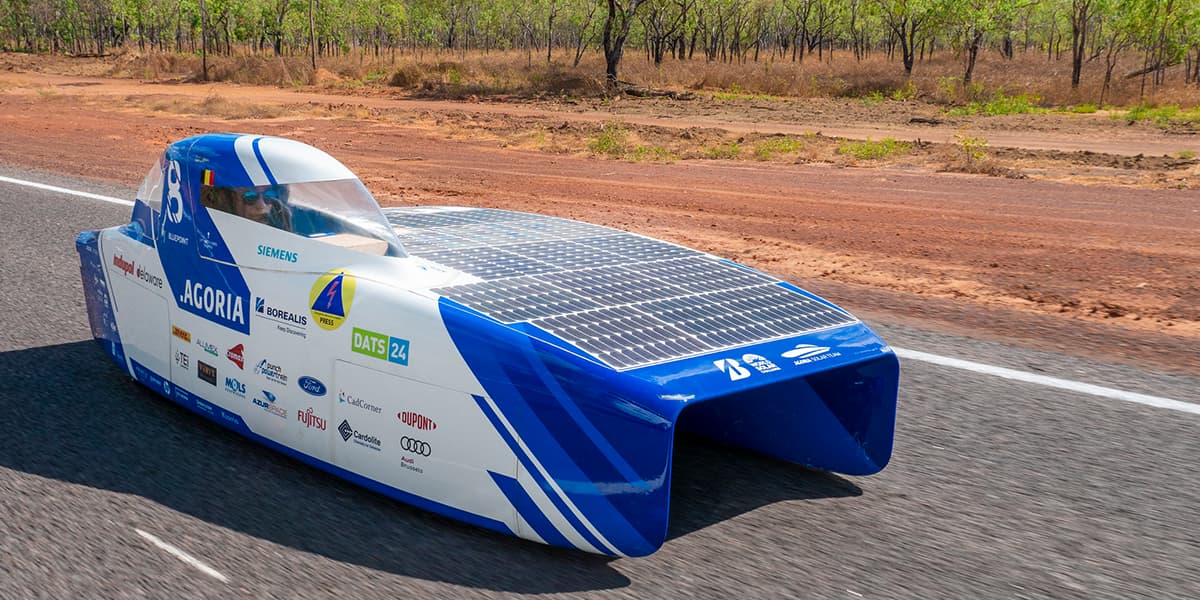 Not exactly the kind of vehicle you can count on to get your family to the grocery store and back on a Saturday afternoon, is it? The car you see above is the BluePoint solar car from the Agoria Solar Team, winner of the 2019 World Solar Challenge in Australia.

The BluePoint traveled 3,019 km (1,876 mi) across the continent of Australia powered only by the 2.6 square meters of solar cells embedded in its surface. But despite this feat, the power generated by those cells probably couldn’t get you to work and back in a day.

See, the BluePoint can hold a single occupant with no room for another passenger or any cargo. In fact, it’s tiny, with a total volume of something like 16 cubic feet (not counting its cutout lower section), and weighs fewer than 300 pounds. To put that in perspective, the vehicle most people in the US drive, a mid-sized SUV, takes up 36 times more space and weighs 4,336 pounds.

A typical home needs a solar array covering 500 square feet to produce as much power as the people inside need in a year. Ideally, those panels are placed on a south-facing roof with an optimum tilt of about 30 degrees, give or take a few.

A few years ago, we did the math on how many solar panels you need to charge an electric car. Looking at the Nissan Leaf, at 50 miles per day, we came up with a total of 3.44 kilowatts of solar panels. Some of the best home solar panels on the market make around 345 watts under full sun. You’d need 10 of them to make enough solar energy to power the Nissan Leaf, a small sedan, on its daily journey from work to home if you drive 25 miles each way.

That’s 250 square feet of solar panels on IDEAL roof space in order to make that much energy.

That’s why solar-powered cars aren’t practical. There simply isn’t enough surface area on a car to allow the solar cells to generate enough electricity for the average driver, especially considering the surfaces of a car aren’t always pointed in the right direction or not under shade.

That impracticality isn’t stopping automakers, though. At least a few of them have added photovoltaic cells under special glass on their cars. Some manufacturers add a solar roof or hood, and at least one also puts cells into the door and quarter panels.

In addition to the two companies above, Karma, Hyundai, and Toyota offer hybrid electric vehicles with embedded solar cells that make some small amount of electricity. Again, these cars aren’t what we’d call “solar-powered”. For example, the Karma Revero has 200W of solar cells on its roof, which would require full sun for 105 hours to charge the car’s 21 kWh battery and drive 50 miles.

Most places around the country get about 5-6 hours of full sun equivalent per day, which means you could drive about 2.6 miles per day using just solar energy from the Revero’s rooftop solar cells.

Sono Motors is currently offering its Sion electric vehicle for pre-order for 28,500 Euro (about $32,350) if you live in Europe. There’s no telling when it will come to America, but the company claims production will begin in 2023. The car comes with a 35 kWh battery, capable of taking passengers an estimated 158 miles (255 km) per charge.

More importantly, the Sono Sion has 248 solar cells embedded in its roof, hood, trunk, and sides. Simply put, it has more solar than any other car on the market. Each solar cell can generate an estimated 4.84 watts under full sun, and the whole surface of the car is rated to produce 1.2 kW.

There’s just one problem, with solar cells on the roof, hood, trunk, and sides, only some of the solar cells will ever get full sun at any given time.

Can the Sono Sion charge itself with solar power?

Sono claims the Sion can get “up to 34 kilometers” (21.1 miles) of range per day using just the solar cells embedded in its surface. That’s a pretty sweet deal, but is it accurate?

Based on Sono’s estimate, the Sion gets 4.53 miles for every kilowatt-hour of energy stored in its battery. We ran the numbers based on the location of the cells in the Sion’s body through NREL’s PVWatts solar estimating tool, and found out (drumroll, please), that it’s possible that Sono is right.

If you leave the Sion parked all day, facing northward, on a perfectly flat street in Sante Fe New Mexico (one of the sunniest places in the U.S.) with no shade, and don’t move it (deep breath), our estimates show an average daily charge of 5.32 kWh. Enough to go 24 miles.

But does anyone really use their car like that? You want to drive the thing, right? That means you’ll be driving in all different directions, and parking in places with shade, clouds, birds that poop on your car, and more. We’d say you’ll actually get maybe half that range from just solar on an average day in sunny places.

The Lightyear One is a solar-roofed challenger to Sono Motors’ Sion, but the differences between the two are pretty stark.

For starters, the Lightyear One is currently available for reservation for 150,000 Euro (about $170,000), which is more than 5 times the cost of the Sion. More importantly, the Lightyear One has a battery that can hold 60 kWh — a little less than twice that of the Sion — but because of the car’s sleek design, the One can get almost 3 times the range that Sono can offer.

The roof of the Lightyear One contains 5 square meters of solar cells, packed more densely than those on the Sion. Basically, it looks like Lightyear managed to fit about the same generating power as Sono did, but only on the roof and hood. 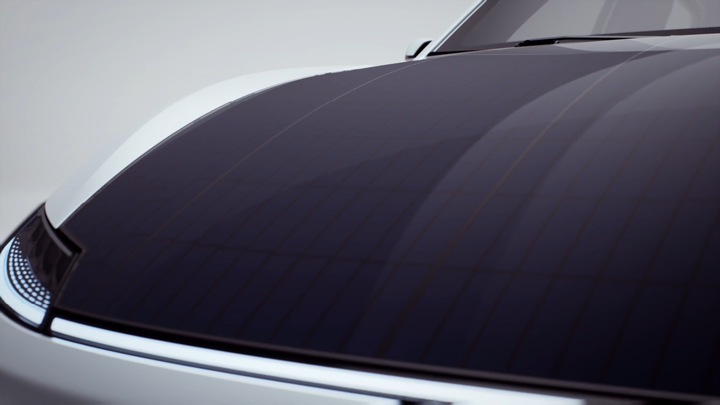 Lightyear claims the One can get 12 km (7.46 mi) of range for every hour it spends in the bright sun, which would mean an average of about 30 miles per day in most places. And although we’re just as skeptical of that claim as we are of Sono’s, the increased efficiency of the Lightyear One makes it plausible that you could see that much production on a good day.

Tesla is notable for its cars’ lack of solar roofs, despite the fact that the company itself manufactures solar cells and panels for use on homes. The head of Tesla, Elon Musk, said in 2017 that a car is “the least efficient place to put solar,” and we tend to agree. Still, there are people who just want to see the world run on a tiny bit more solar. Aftermarket kits that convert a Tesla’s roof to solar are available now.

Look, cars are just not ideal for solar panels. We need them to be mobile, go anywhere, and withstand not just outdoor weather, the wind whipping around at 60-80 mph, rocks kicked up from the road, bird poop, and whatever life throws at them.

We all look for shady spots to put our cars when we park them, so why add a reason to find the sunniest spot? Our cars end up spending lots of time in garages and covered parking ramps, which means a lot of time out of the sun.

You know about range anxiety? How about adding the anxiety of having to find a sunny spot just to eke out a mile or two on your commute home? How much further from your destination would you park to find that spot?

We love solar power, but we also understand the best place for it is installed on a home.

Calculate your savings by installing solar on your home