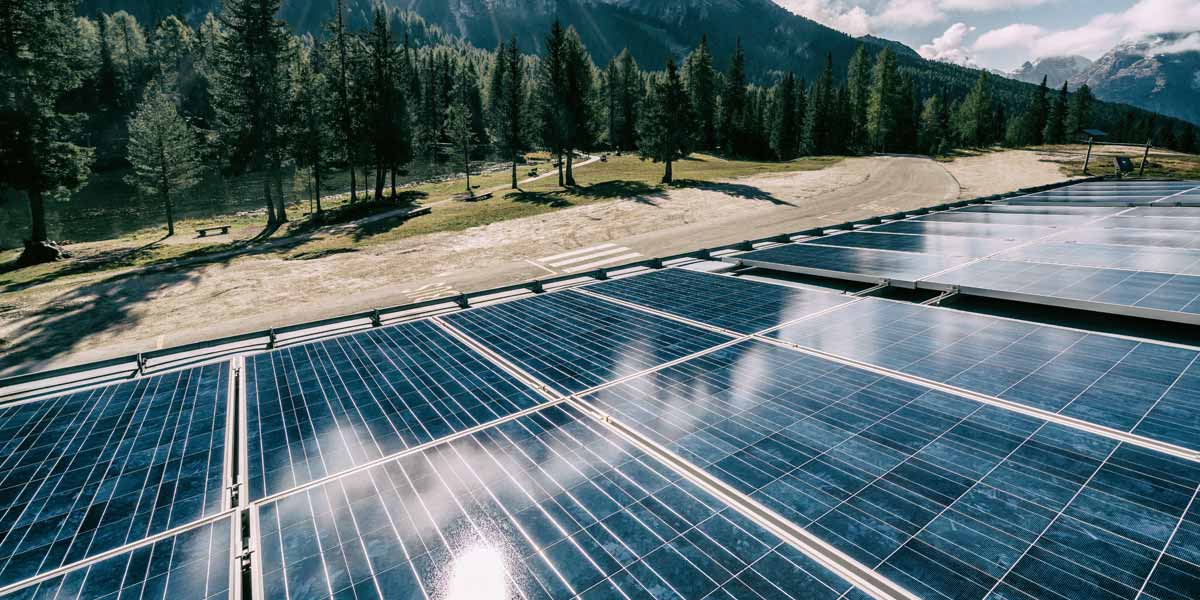 The amount of peak sun hours your location gets is a major factor in determining whether or not solar panels will be worth it for you.

If you're thinking about getting solar panels for your home, you are probably wondering whether or not you receive enough sunlight where you live. You may have also heard that it's not just the total hours of sunlight, but the 'peak sunlight hours' where you live that really matters.

You heard correctly: peak sunlight hours (or just peak sun hours for short) are in fact an important number, one that determines if solar panels will be worth it for you. Peak sun hours are an easy way to measure and compare the amount of sunlight between locations.

But what exactly does the term mean? What are peak sun hour numbers like in your state? And most importantly, what are the peak sun hours for the roof of your specific home? We’ll answer all these questions in this blog.

What is a peak sun hour?

A peak sun hour is defined as one hour in which the intensity of solar irradiance (sunlight) reaches an average of 1,000 watts (W) of energy per square meter (roughly 10.5 feet).

Another way to put it: A peak sun hour is the equivalent of 1000 W/m² of sunlight for an hour.

A peak sun hour represents a lot of sunlight. Solar panels are only likely to receive around that much sunlight when facing directly towards the sun when the sun is at its strongest, at midday.

That amount of sunlight – 1000 W/m² over an hour – also happens to be the exact amount of sunlight used to test and rate solar panels in the lab. That means that over the course of a peak sun hour, a solar panel should be producing – before system losses due to temperature and other factors – at close to its specified output rating.

Unclear about the difference between watts, kilowatts, watt–hours and kilowatt–hours? Check out this explainer.

How peak sun hours are used to measure sunlight

Now that we know what a peak sun hour represents, let’s look at how it’s used to measure sunlight for a particular location.

The sun, as we know, doesn’t shine at peak sun hour-intensity all day long. Instead, the intensity of sunlight hitting the panels constantly fluctuates depending on the time of day, as well as the weather.

During the early mornings and late afternoon, sunlight is likely to be less than 500 W/m². Conversely, during ideal conditions - midday during a clear, sunny day - you might actually receive more than 1000 W/m², say 1,100 W/m².

No worries, we can simply express these amounts in terms of peak sun hours. For example:

It may sound complicated, but the concept is actually relatively simple to apply. For example, if a given location receives a total of 6,650 Wh/m² of solar radiation over the course of a day, then that location gets 6.65 peak sun hours.

As the image shows, adding up the total solar irradiance for a given location gives you the total peak sun hours value.

That is why the concept of 'peak sun hours' has been developed. It allows you to precisely measure the amount of irradiance (sunlight) that will hit solar panels installed in a given location. This, in turn, allows you to calculate the expected energy production for a given solar system size installed at that location.

In other words, peak sun hours tell you how much power a solar installation on your roof will generate. They also allow you to compare sunlight availability between locations.

As the U.S. covers a large geographic area as well as many different climate zones, we see large variations in peak sun hour numbers between states.

The table below details the average peak sun hours for each of the 50 states.

The states with some of the least peak sun hours are Alaska, Indiana, Michigan, Ohio, and Washington. California has the largest intra-state variations, a function of it being spread over a large latitude and having a wide spectrum of climates.

How many peak sun hours do you need to go solar?

In the United States, any place that gets 4 peak sun hours or more is considered a good location to produce useful amounts of solar energy.

However, even if you get fewer peak sun hours, solar might still be worth it for you. There are several other key factors that affect the viability of home solar, such as electricity rates and the availability of incentives on the federal level (like the 30% solar tax credit) and state level.

Find out which local, state, and utility solar incentives are available in your area here.

For instance, people living in locations with below-average peak sun hours but expensive utility rates and net metering stand to save a lot of money by going solar.

New York is an excellent example. The state only receives an average of 3.0-3.5 peak sun hours per day. However, the availability of terrific solar incentives means that even with less energy production, the average solar payback period for homeowners there is just 2.8-3.4 years - a level of return that’s hard to beat.

You can easily check how the economics of solar stack up for your home by entering your zip code into the SolarReviews calculator below.

Check estimate solar costs and savings for your home

Why do peak sun hours vary by state and location?

On the other hand, in latitudes farther north, when the sun is closer to the horizon, the sunlight is filtered through more layers of the atmosphere. In those places, the sunlight isn’t as strong by the time it reaches your solar panels, which results in lower peak sun hours.

Let’s see how seasonal and latitudinal variations play out in two different cities - one southern one (Albuquerque, NM) and one northern one (Chicago, IL).

Located in the southwest, Albuquerque gets plenty of sunshine! There are only three months - November through January - where it receives less than four peak sun hours per day on average. Data source: PVEducation.org

Chicago, located at a more northerly latitude, receives less sunlight, especially during winter. It receives less than four peak sun hours per day for half the year. Data source: PVEducation.org

Of course, it’s not just about latitude; weather patterns play a key role in determining peak sun hours, as well. States in the southwest - where climate conditions create many cloud-free days - experience more peak sun hours than locations further south, such as Florida.

Peak sun hours and your roof

Peak sun hours also vary depending on where your solar panels are placed.

How can I calculate the peak sun hours for my roof?

If you want to calculate the peak sun hours of your roof on your own, then use the PVWatts calculator. You will need to enter your roof measurements, including the azimuth and tilt, based on which it will give you figures for average solar radiation by month.

If you’re just trying to figure out solar system size and annual solar power generation - after all, that’s what the peak sun hours number is used for - then you can simply use the SolarReviews calculator instead. It will recommend a solar system size and tell you how much power it will generate annually, in addition to solar costs, savings, and other useful information.