Everything you need to know about organic solar cells

Many researchers and solar experts believe that organic solar cells are the future of the photovoltaic (PV) industry. Image source: PV Magazine

In the solar industry, new technologies and products are constantly being introduced to the market. One of the most exciting - and a potentially game-changing one - is the third generation of photovoltaic devices: organic solar cells.

But with the apparently limitless potential of organic solar cells, why aren’t we hearing more about them? In this article, we’ll explore what organic solar cells are, as well as why they haven’t yet made a big impact on the renewable energy industry.

What are organic solar cells?

Organic solar cells - otherwise known as organic photovoltaic cells (OPV) -  are the latest advancement in solar cell technology, and one quickly gaining the attention of industry professionals. This is mainly due to their high performance, unprecedented ability to absorb light from theww sun, and the technology's amazing versatility.

Organic solar cells are a relatively new innovation but are already showing promising signs for the industry. With organic solar cells, low-cost manufacturing, and new research and development, many industry professionals see it as the future of the solar energy industry.

Related: How are solar panels made?

How do organic solar cells work?

Organic solar cells follow the same process as both monocrystalline and polycrystalline silicon solar cells. Each of these forms of solar cells produces electricity through what is known as the photovoltaic effect.

The photovoltaic effect is the direct conversion of light into electricity at an atomic level. The first stage of this process is the light absorption by the solar cell in the form of little bundles of energy, known as photons. The solar cell then knocks the photons causing electrons to come loose from the semiconducting material, after which they are received by electron acceptors.

Once the electrons are loose, they’re then able to flow throughout the solar cell and create an electrical current through charge carriers. That electric current is then captured and transferred throughout your home.

Following are the pros of organic solar cells:

Find out how much you can save with solar panels

The research and development of organic solar cells are still in their early stages compared to silicon solar cells. Due to that, there are still some concerns with organic cells that are yet to be resolved.

Following are the cons of organic solar cells:

Both organic solar cells and traditional silicon cells are structured almost identically. As mentioned previously, the only structural difference between the two cell types is the material that acts as the organic semiconductor (OSC). In traditional solar cells, this layer is built from crystalline silicon. Whereas organic cells use a thin-film active layer of carbon-based compounds on top of plastic.

There is extensive research ongoing into the optimization of polymer solar cells on a large-scale basis. Because the cells have a thin, flexible, and semi-transparent structure, they can be applied to areas where traditional cells cannot. This is why OPV technology holds so much promise: it could allow surfaces such as windows, cars, or buildings to effectively generate solar power.

Scientists have thus far fabricated high-efficiency organic solar cells that in controlled conditions can perform at over 18%. However, these results and energy levels have yet to be replicated in real-world conditions. Furthermore, the 18% efficiency is also still behind that of silicon technology which has real-world efficiencies of up to 23%.

Most of the research and development in organic solar cells is focused on improving the device performance in terms of efficiency values, and long-term stability. These two aspects are currently the elements holding organic cell technology back from the market.

With current limitations in OPV technology, it may take a few years before solar panels built with organic solar cells hit the market. Therefore, if you’re interested in solar, we recommend you look at installing traditional silicon solar panels, which offer an unmatched return in most states.

See how much solar panels will produce on your roof 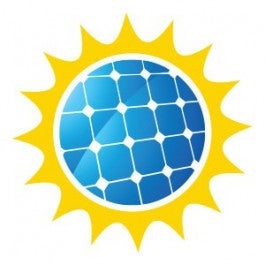 Cameron is a business analyst and content specialist at SolarReviews.