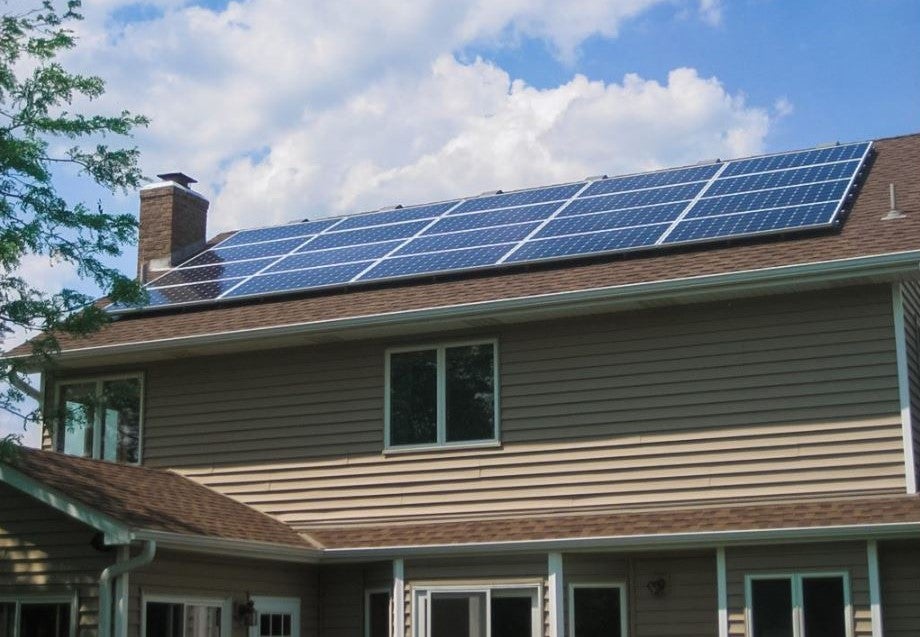 For the past few years, Minnesota has seen substantial growth in the solar industry. However, new building code requirements for solar panel installations could change that.

Adopted in early April, the new Minnesota building codes restrict where solar panels can be installed on roofs. Depending on the size of the roof, the amount of space available to install solar panels could decrease by over 30%!

This could make it harder to install solar on Minnesotan homes, which means less savings for homeowners and less projects for solar installers.

While this doesn’t sound like much, these requirements substantially cut back on the amount of space available for solar panels to be installed. With less space available, it could dramatically change how solar systems need to be designed, what equipment they need, and even the cost of the system. This is especially true for smaller houses.

New rules will have a bigger impact on small roofs

These building codes are going to severely impact solar installations on homes with smaller roofs. Homes with small roofs already have limited space to install solar panels as it is.

When you take away even more space to account for the building code regulations, there might not be enough space to install a solar panel system that substantially cuts the homeowner’s electric bills.

The new building requirements will have a bigger impact on houses with small roofs, as opposed to houses with large roofs. Image source: Vootu Solar

Here’s an example that demonstrates how homes with small roofs will be impacted. Let’s say you wanted to install 10 solar panels on a 500 square-foot roof. That system would be about 178.75 square feet of solar panels, or about 35% of the total roof space.

Because the system would take up more than 33% of the roof space, you would need to set the system back three feet away from the ridge of the roof. Plus, you also have to include the two access pathways, each of which must be three feet wide.

These new regulations effectively eliminate over 30% of the roof space that could be used for solar panels. This can make it much harder to make a design and fit all of the solar panels necessary for the customer. In some cases, it could make it impossible to design a system that makes economic sense for the homeowner.

Luckily, solar companies in Minnesota will still be able to put systems on homes with large roofs with relative ease. Homes with larger roofs have more surface area to install panels on. So, losing some roof space to the required pathways and setbacks isn’t such a big deal.

Solar power in Minnesota could have a rocky future

These changes to the building code come at the worst time for Minnesota’s solar industry. State business closure orders, social distancing requirements, and shelter-in-place orders due to coronavirus have turned the solar industry upside down.

Plus, Minnesota’s leading solar utility incentive, Xcel’s Solar Rewards program, is set to close at the end of the year. Solar advocates in Minnesota, such as MnSEIA, have already been lobbying to have Xcel extend the successful program. However, there is no guarantee that the extension will come to fruition.

With the ramping down of the federal tax credit, the closure of a significant utility incentive, and the coronavirus impacts on the solar industry, Minnesota solar already has a lot on its plate. These new building codes are going to make it that much harder for solar companies in MN to sell solar to smaller homes.

Another issue with the new building code changes is the negative impact they’re likely to have on the solar permitting process.

Solar permitting costs are included in what are called the “soft costs” of solar. Soft costs make up about 65% of the total cost of installing solar, and unfortunately, they haven’t fallen much over the years.

Solar industry experts have identified a reduction in permitting costs as one of the easiest ways to reduce soft costs, which would benefit both installers and consumers.

However, the building code changes in Minnesota are likely to have the opposite effect. They could lead to an increase in permitting costs, and thus increasing the overall cost of installing solar in the state. This is because the building codes will increase solar permitting costs by increasing the amount of time it takes to review solar permits. Permitting officials will have to learn and enforce these new codes, which will likely take additional time.

And as the saying goes, time is money. So the more time it takes for permits to be reviewed, the more money the system will cost. Also, some permitting offices could default to simply not approving solar permits altogether if they don’t fully understand the new building code requirements.

Installers would then have to resubmit permits and go through the permitting process all over again. This extra time this takes will cost extra money.

This increased cost could make it uneconomical to install solar panels for some Minnesota homeowners.

Are high efficiency panels the best option for your roof? Simply enter your zip code to find out!

Not only that, the new codes could lead to an increase in installation costs by causing installers to switch to expensive high efficiency solar panels, as well as dragging out the permitting process.

Groups such as MnSEIA are fighting for the state’s solar industry. Image source: Environment Minnesota

The changes in the building codes unfortunately coincide with the coronavirus pandemic, a ramp down of the federal tax credit, and the expiration of the state’s most signficant solar incentive. This could lead to uncertainty for the future of solar in Minnesota.

Solar advocates in Minnesota have been fighting for the solar industry throughout the COVID-19 outbreak and have pushed for an extension of Xcel’s Solar Rewards program. This can provide some hope for the state’s solar industry.