California Net Metering 2.0 and time of use billing

California's net metering policy has been one of the backbones that have made California the solar powerhouse of America. As of July 1st 2017, the big utilities have changed to Net Metering 2.0 (NEM 2.0) which includes some big changes: Time of Use (TOU) rates, non-bypassable charges and a system interconnection fee.

This sounds a bit confusing, but by the end of this article you'll know exactly what this all means and how to make the most out of it.

What does Time of Use mean?

Time of use (TOU) is when electricity is charged different amounts relative to the time of day. The image below is taken from Southern California Edison's website and it clearly illustrates TOU rates. Californian's will pay more for power during the day but less at night.

If you install solar or have solar installed you will not have to pay the charges for the electricity the solar panels generate, only for the power exported from or to the grid. Net metering is basically using the grid as a battery by importing and exporting energy for credits. NBCs is the utilities way to make the customer pay for using their "battery".

Under NEM 2.0 customers with a solar PV system will have to pay a one-time interconnection fee. A representative from your city or town will come to your property to inspect the system and sign off on the installation. Customers with solar PV systems under 1 MW will be charged an interconnection fee. San Diego Gas & Electric, Southern California Edison and Pacific Gas & Electric will charge $132, $75 and $145, respectively.

What does this tell us about the solar industry?

Government and state solar legislations are changing. California is the leading state when it comes to solar, so when you see a shift in their laws you know other states are not far behind.

Solar is now so cheap it does not need government incentives to be cost competitive. Net-metering and the federal solar tax credit will be phased out over the next few years. Right now, Americans have the best government incentive they will ever get. Solar can save homeowners $60,000+ over 25 years.

See how much solar could save you

Loan and lease options also give customers the ability to have panels installed for no upfront cost and begin saving on their power bill immediately. See how much solar can save you before the they run out.

For all of those in California, or people in states with net metering who want to prepare for the new TOU rates that will be visiting you shortly. Questions among installer and solar professionals have arisen: Will west facing solar panels be better, as they will produce more afternoon sun? Would reducing the size of system be cheaper than installing a larger system under the NEM 2.0?

After reading this whitepaper on the financial impact of Net Energy Metering 2.0 policy and playing on EnergyPeriscope, I may have found the answer to both. It looks like orientating panels to the south-west could be slightly more beneficial, but fully west facing misses out on all that morning sun and does not produce as much power. As for reducing the size of a system, it would be more beneficial to install a larger system under the new laws.

Will west facing solar panels be better, as they will produce more afternoon sun?

Under NEM 2.0 the most expensive time to buy power from the grid is from 2pm-8pm on weekdays. West facing panels will catch more of the afternoon sun saving customers from buying expensive $0.45 kWh power.

Figure 2.1 is taken from the report by Aurora solar Inc. It shows the effect of orienting panels has on energy production. Although the time of use rates (red) is slightly incorrect, the image still has value. You can see the south-facing panels generate the most electricity followed by SW. You lose more kWh of production as the panels are oriented closer west. Orientating panels SW generates almost as much South facing but generates power in the Peak time of use that will save you money.

If you want to install solar in California, speak to a local installer in California and see what the best option for you is. Whether you install panel facing South or South-West it won’t make a huge difference.

Would reducing the size of system be cheaper than installing a larger system under the NEM 2.0?

It turns out that installing a larger system will be more cost-effective. The report by Aurora Solar concluded that: The difference in utility bills from NEM 1.0 to NEM 2.0 is about $100/year, the average payback is 4 months longer, the value of solar PV system is decreased by 3-4% and customers who install a solar PV to offset their entire electricity bill were better off under NEM 2.0. This means customers are slightly worse off under NEM 2.0, but a larger Solar PV system that offsets the entire bill does not decrease in value as much as a smaller system.

So, if you want to install a solar PV system and get the biggest bang for your buck, install a large system to cover the maximum amount for your electricity bill. Under NEM 2.0 customers are slightly worse off, but solar will still save you money. The laws surrounding solar are probably too generous and the government knows it. Over the next few years, governments will begin to phase out incentives. It’s not all bad though, right now the incentives are still in full swing and if you act now, you can reap the full benefits of these generous incentives. Take the first step, use this solar savings estimator to see how much you can save and contact pre-screened local installers in California. 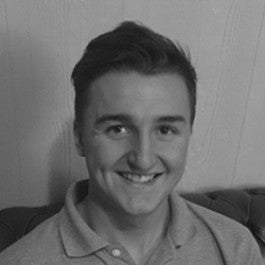 Harvey Petersen is an engineering student currently interning at SolarReviews. He is a dedicated student, keen environmentalist and aspiring freelance author. He is currently studying a Bachelor of Mechatronic Engineering and enjoys learning & writing about the solar industry.