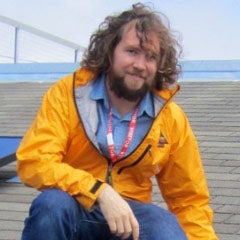 
Chris Meehan is a freelance writer for SolarReviews. With more than a decade of professional writing experience, Chris focuses on sustainability, renewable energy and outdoor adventure articles. He has written for various publications, including 303 Magazine, Sun & Wind Energy and the Westword.

Chris Meehan is a freelance writer for SolarReviews. With more than a decade of professional writing experience, Chris focuses on sustainability, renewable energy and outdoor adventure articles. He has written for various publications, including 303 Magazine, Sun & Wind Energy and the Westword.

On April 10, President Barack Obama sent his proposed budget for the fiscal year 2014. In it he called for nearly $1 billion ($989 million) in spending to support deployment and long-term development in the clean energy industries. That and his nomination for Department of Interior Secretary was approved. Both moves won the approval of the Solar Energy Industries Association (SEIA). It’s been said before and it bears repeating that Obama has done more for solar than any previous U.S. President. And with the budget he just sent to Congress as well as his appointment of Sally Jewell, who was, until now, CEO of outdoors outfitting giant REI as DOI Secretary, also won the SEIA's approval.

Solar efficiency records are being broken on a regular basis. Just yesterday (April 9) First Solar announced, for instance, that it produced a 16.1 percent efficient cadmium telluride module, breaking the previous record of a 14.4 percent efficient CdTe module that it set last January. The new record setting device was evaluated by the National Renewable Energy Laboratory (NREL), which tests all manner of photovoltaic, solar and other renewable energy devices. But the levels were achieved in test conditions, not real world conditions, so even if a device breaks records in testing it might not reach those levels in real life. To get better data on how PV performs in real life, NREL yesterday introduced the Open Solar Performance and Reliability Clearinghouse (O-SPaRC). The initiative will create an open-source database that shows the real-world performance data from solar facilities across the country.

The Solar Shakeout: Is the Industry Ready?

The past few years have seen some spectacular flameouts in the solar energy industry, with none so prominent—at least in the U.S.—as Solyndra. Many of these flameouts were startups, but some were bigger players. Now Suntech is in the hot seat. The Chinese manufacturer was one of the world’s biggest PV producers, but it recently declared bankruptcy because it had some problems, like not being able to repay $543 million to investors and being an alleged victim of roughly $720 million (in today’s dollars) in fraud last year. Many of these companies were casualties of market glutted with more modules than demand, forcing them to slash prices, but this may also be a turning point for the industry.

Clean Power Finance Gets $37 Million to Support Growth From Edison International, Others

Solar leasing and financing company Clean Power Finance (CPF) announced on April 8 that it closed a $37 million round of investments in the company from new and former investors. Among the new investors are Edison International, which owns utility giant Southern California Edison and Hennessey Capital. The investments will allow the company to continue to grow its business after a successful 2012, which saw mercurial revenue growth. The company is engaging a diverse set of investors, including utilities, to ensure that it makes partners of them rather than enemies, which could be occurring with other residential solar third-party ownership companies.

NRG Energy keeps making waves—in energy. The energy supplier, which owns gigawatts of electric generation, including solar, wind, natural gas and coal facilities across the U.S., recently started going a lot smaller, offering residential solar photovoltaic installations through its subsidiary, NRG Residential Solar. Now it plans to offer PV systems with battery backups, allowing consumers to use their own energy during blackouts—or even at night.

EVs and PVs, a Match Made for Each Other

Interest in electric cars and vehicles, often called EVs is growing as is interest in solar and photovoltaics (PVs) for homeowners, and at least two recent studies show that an owner of one is more likely to become an owner of the other. After all, people who are interested in reducing their use of fossil fuels on their home or in their car are likely to look at other means of reducing their use of fossil fuels or overall energy bills.

Georgia’s rural homes and businesses have a better opportunity than ever before to install photovoltaics. In fact, the whole Peach State is starting to realize the importance of solar as shown by the rapid fulfillment of Georgia Power’s first round of its Advanced Solar Initiative (ASI), which came even as the state is considering more positive solar legislation.

Last week the Empire State continued to build out its solar power at a fast pace when Gov. Andrew Cuomo (D) announced $46 million in awards for new solar photovoltaic projects. The awards support 76 solar photovoltaic projects totaling 52 megawatts of new solar power in the state. The awards were made through the NY-Sun Initiative’s NY-Sun Competitive PV Program. The public-private program is being handled by the New York State Energy Research and Development Authority (NYSERDA).

San Antonio Gears up for Solar Tour in April

Texas is a big state. In fact it’s the second largest and it has a great solar resource, getting more hours of sun than much of the U.S., but it doesn’t have any state-wide solar legislation and solar isn’t common throughout the state—except in two towns, Austin and San Antonio. Both, driven by local utilities and advocacy organizations, are rapidly expanding the amount of solar power in their localized grid network. For instance, well ahead of the annual National Solar Tour coordinated by the American Solar Energy Society (ASES) every fall, Solar San Antonio is hosting a solar tour this spring.

Renewables Likely Pass Coal in US to Provide More Electricity in April, May

Solar Takes Root in Southeast, but Some Utilities Still Lag