What are the pros and cons of a solar generator? 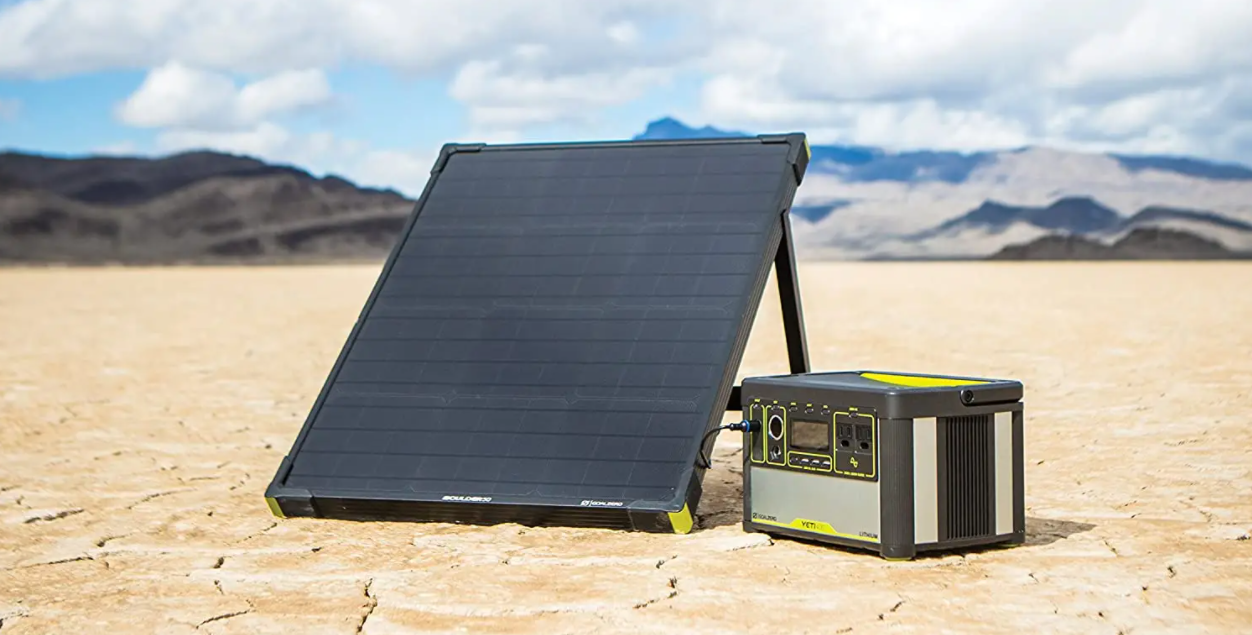 Solar generators let you take the power of the sun anywhere you go! Image source: Amazon

Whether you need to keep your lights on when the grid goes down or you want to charge your phone on a camping trip, solar generators are a great way to have extra energy on hand.

But, how do portable solar power generators stack up compared to conventional gas-powered generators? We take a look at how solar generators work, weigh their pros and cons, and discuss if a solar generator is the right investment for you.

What is a solar generator?

Technically, a solar power generator is any system that runs off of solar power. But what most people mean when they say ‘solar generator’ refers to a portable power station that uses solar panels, instead of fossil fuels, to provide electricity.

A portable solar generator uses solar panels to capture the sun’s energy, and then stores that energy in a battery to be used later. Most solar generators are used for RV camping, boats, and as a backup power source in the case of a grid power outage.

How do solar generators work?

The solar panels convert sunlight into direct current (DC) electricity that is then passed through the charge controller. The charge controller regulates the voltage of the electricity into the battery, where the solar energy is then stored for use later. Most solar generators sold today are lithium ion batteries.

When you need to use the energy stored in the battery, the inverter converts the electricity into alternating current energy, or AC power, which is what most appliances and devices use.

What are the pros and cons of solar generators?

Free fuel from the sun

Traditional gas-powered generators require you to constantly purchase fuel. With a solar generator, there are no fuel costs. Simply set up your solar panel and enjoy the free sunshine!

Solar generators release no pollutants when they produce and store energy. You can rest easy knowing that your camping or boating trip is powered by clean energy.

Another great thing about solar generators is that they are quiet. And unlike gas generators, solar generators don’t have any moving parts. This significantly reduces the amount of noise they produce while running.

Plus, no moving parts means the chances of solar generator parts breaking is low. This greatly reduces the amount of maintenance required for a solar generator as compared to a gas generator.

Generators that run on fossil fuels can be refueled at any time, so you can get more power right when you need it without having to worry about the weather conditions or the time of day.

The size of the solar generator battery will limit how much the generator can power, as well. A solar generator probably won’t be able to power your entire home. However, it can charge phones and laptops, and keep small appliances running for a short period of time.

Gas generators aren’t as limited in what they can power and for how long, since they can be refilled at any time.

What are the best solar generators available?

One of the most important things to look for when buying a solar generator is the battery capacity (or how much energy the battery can hold), in order to know if the generator will meet your power needs. This is usually measured in watt-hours (Wh).

The higher the capacity, the longer the battery will last. For instance, a 1,000 Wh solar generator can power a 60-watt lightbulb for almost 17 hours!

Some of the best solar generators on the market include:

Check out our list of the best portable solar panels that pair great with battery power stations.

What are the best uses for solar generators?

Solar generators are best used for charging devices and running small appliances. They’re a great source of backup power for a boating or RV camping trip because of their portability, plus they’re clean and don’t require you to keep lots of fuel on hand.

Solar generators can power some key appliances in your home in the event of an emergency. But no portable generator will be able to truly power your entire home off-grid.

Instead, you should consider installing a rooftop solar panel system paired with battery storage. Not only will this allow you to have backup power for most of your home in case of an emergency, it will help cut down your electricity bill all year long!

Use our solar calculator to get an estimate of how many solar panels you need to power your home, and how much a home solar panel system costs in your area.

See how much solar panels will cost for your specific home