Another trip around the sun: A review of solar power in 2019

2019 was a breakthrough year for solar. Some key milestones included California finally reaching the one million mark for number of solar roofs installed, as well as the amount of U.S. solar projects nearly doubling - with 21.3 gigawatts’ worth of projects currently in the pipeline.

In fact, almost 3 gigawatts of solar were installed in the third quarter of 2019 alone.

In this article, we take a look back at some of the stand-out stories and solar PV technology trends from the past year that are shaping the solar scene in 2020. 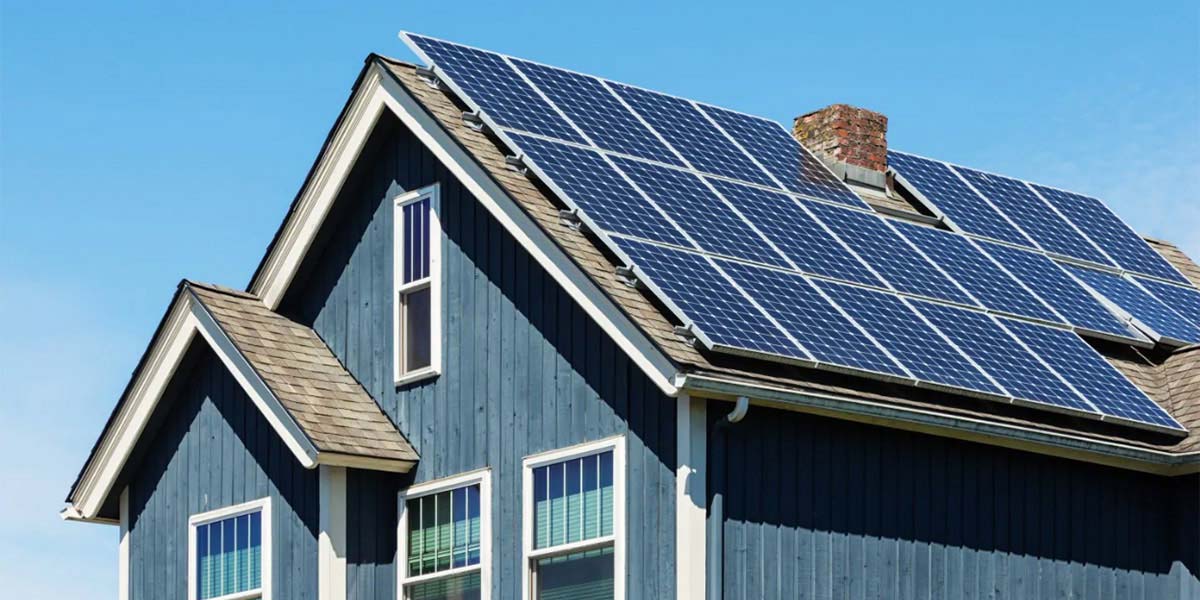 From floating solar panel systems to bifacial solar modules, we take a look at the up-and-coming technologies that gained popularity over the past year.

We’ll all float on: Floating solar panel systems continue to rise in popularity

2019 saw a sizable increase in floating solar installations, with some of them even breaking new records.

So, what are floating solar systems?

Also known as ‘floatovoltaics’, these are floating structures that are made up of solar panels and installed in bodies of water. The system essentially serves as a floating power plant that provides solar energy.

Thanks to floating solar installations, things like retention ponds and wastewater holding areas can now be used to create solar power.

The first floating solar system was installed way back in 2007. Since then, the technology has evolved to the point where floating systems have now become a viable option for large-scale installations. Floating solar panels are not, however, the best choice for residential solar.

In October, the largest floating solar array in the U.S. was installed in Sayreville, New Jersey. In 2015, the city of Sayreville wanted to make use of solar to offset the power used at a water treatment facility. The response to the proposal was a 4.4 MW floating solar system.

The floating solar panels were installed by Ciel & Terre, a company specializing in floating solar projects. This same company announced in May that it would be installing California’s largest floating solar plant in order to power a wastewater reclamation city and public works building for the town of Windsor.

Through 2019, Ciel & Terre also installed systems in Germany, Brazil, Chile, and Japan. From reservoirs at industrial plants to tailing ponds at mining locations, floating solar systems are providing clean solar energy for industries and governments all over the world.

Calculate how much solar can save you on your electricity bills

Farming the sun: solar finds its footing with agrivoltaics

A study released in 2019 revealed that solar panels have the potential to produce more energy when installed on agricultural land. The idea of pairing solar installations with agriculture is known as 'agrivoltaics'.

The study found that the climate that exists in agricultural areas of western America, southern Africa, and the Middle East provides a great environment for solar panels to produce electricity efficiently.

It turns out, solar panels not only produce more power on farmland, but may also help increase a farmer's crop yield.

Crops like aloe vera, tomatoes, lettuce, and corn used for biogas, tend to grow better when they have access to intermittent shade - which solar panels provide. Plus, the shade can also be used to help keep livestock cool.

This means that solar-powered farms have the potential to produce more crops than a traditional farm would.

A solar array that has been installed on a soybean farm in Illinois. Image source: Washington Post

The benefit of incorporating solar into agriculture isn’t limited to increasing crop production. Agriculture is an extremely energy-intensive sector and solar panels help offset electricity costs. Farmers who utilize solar will spend less on their electric bills, and can, in turn, lower the prices of their products.

In addition to lowering electricity bills and yielding higher levels of crop production, farmers across the globe are installing solar panels for another reason.

In the off season, farmers don’t make as much money. By installing solar panels, they can sell their excess electricity back to the utility, effectively generating an extra stream of revenue.

A win-win: This solar panel system can provide shelter for the sheep, while the sheep trim the grass so it doesn’t grow tall enough to shade the panels. Image source: NC State University

Farmers have also been turning to solar power because of the Trump Administration’s new regulations. Trade regulations have made soybean prices plummet, so previously-lucrative soybean farms no longer can support their needs.

To make up for the revenue losses, soybean farmers have found solar to be the perfect “crop”.

Similarly, by lowering the amount of ethanol required in gasoline, the Trump Administration pushed some corn farmers to make investments in solar - again, to make up for lost revenue.

Being that agrivoltaic systems allow farmers to produce more crops while saving money on electricity, it seems that agriculture and solar energy are a perfect match, however unlikely.

Bifacial solar panels started turning heads in 2019. Bifacial modules have photovoltaic cells on both sides of each individual panel, meaning that both sides can collect energy from the sun and transform it into electricity.

Bifacial solar panels are excellent for carports and other large ground-mounted systems, as they have the ability to capture the light that bounces off the ground.

According to a report released by Wood Mackenzie Power and Renewables, around 5,420 MW of bifacial solar panel systems were installed before the end of 2019 - that’s almost double the amount that was installed in 2018.

Bifacial panels represent a unique opportunity for installations (particularly ground-mounted systems) - to harvest more sunlight than ever thought possible. In some cases, bifacial solar panels can produce 30% more energy than a traditional solar panel could.

In October of 2019, the exemption was lifted, and bifacial panels were suddenly exposed to extra import tariffs. But in early December, the U.S. Court of International Trade issued a block on the U.S Trade Representatives’ decision to revoke the exemption.

This means that bifacial solar panels are yet again exempt from the Section 201 Tariffs.

Check out our article to get a more in-depth look at bifacial solar panels.

Tesla's solar division was frequently in the news in 2019, as it was involved in a series of product and program launches, as well as a particularly high-profile solar scandal.

In one of the biggest shocks of the year, Tesla’s solar panel business started to make a comeback. Although once a solar giant, Tesla had fallen in the ranks for renewable energy technologies.

In fact, a lot has happened for Tesla in the past year, so we’ll break it all down.

In August, Tesla launched its rent solar program. Through the program, homeowners in six states can have a solar system installed on their home, free of charge - courtesy of Tesla.

Instead of paying for an entire system, homeowners can pay a monthly rental fee that ranges from $50 to $195, depending on the size of the system and where you live. You can also get the system removed at any time.

Check out this article to see if Tesla’s rent solar program is right for you.

Only a few short days after Tesla announced its solar rental program, Walmart announced that they were suing Tesla for solar panels that started fires on several of their stores’ roofs.

Walmart claimed that “negligent installation and maintenance” on Tesla’s part caused fires to ignite atop seven stores, dating all the way back to 2012. The superstore giant also wanted Tesla to remove all Tesla panels that were on another 240 of their stores.

However, in November, Walmart dropped the lawsuit. According to Tesla’s CEO Elon Musk, he and Walmart’s CEO reached a resolution shortly after the lawsuit was filed. The details of this “resolution” have not been made public.

This was great for Tesla, as the company had been seeing a continuous downward trend in its solar deployment. Fighting a multi-million dollar lawsuit could have been the breaking point for Tesla solar.

Find out more about the scandal here.

Then in September, Tesla unveiled its new commercial solar program. This program is structured similarly to the residential rent solar program.

Commercial sites can choose between three different-sized systems to be installed on their property. The property owner doesn’t have to pay for the system or installation, and can have the Tesla solar panels removed at any time.

Instead of paying a monthly rent fee, customers would purchase the electricity their solar system produces at a rate ranging from $0.129/kilowatt hour (kWh) to $0.099/kWh, depending on the system size.

For more insight on Tesla’s commercial solar program, check out this article.

Tesla announced that it would be unveiling the third iteration of Tesla solar roof tiles in October 2019. “Version 3, I think, is finally ready for the big time,” Tesla CEO Elon Musk stated during the company’s third quarter call.

Tesla first launched solar roof shingles in 2016. The high-tech shingles were extremely expensive, plus - Tesla was barely manufacturing them. With so little inventory available, accompanied by very high prices, Versions 1 and 2 of the solar roof weren’t exactly successes.

A model of what a home would look like with Version 3 of Tesla’s solar roof tiles. Image source: Tesla

If you don’t need a new roof, however, Tesla’s solar roof tiles probably aren’t the best option for you.

More details on Version 3 of Tesla’s solar roof can be found here.

Low soft costs, in addition to even lower customer acquisition costs, zero marketing expenses, and a simple online ordering process, give Tesla the ability to sell solar for cheaper than many other companies.

Plus, Tesla revealed during its third quarter call that the company has been working with local governments to create a streamlined solar permitting process. Permitting costs add up significantly, so minimizing these expenses can greatly decrease the price of installing a Tesla solar system.

The new solar roof wasn’t the only thing Tesla announced during its third quarterly call.

There has been a pretty steady drop in the number of Tesla solar installations over the years. The third quarter of 2019 was the first time since 2018 that Tesla had seen an increase from one quarter to another, in terms of completed installations.

Although still a low number, things might be looking up for Tesla solar (finally).

2019 was a busy year for the solar industry. There were many success stories but there were a few failures, as well.

Arguably the biggest loss for the solar sector was Congress failing to extend the federal tax credit. This means that solar system owners will receive less of a tax credit than they would have, had they installed their system prior to 2020.

But, that doesn’t mean the federal tax credit can’t be changed during 2020. Plus, even with a lower tax credit, solar is still affordable. Use our solar calculator to see how much a solar panel system could save you.

Overall, 2019 was a successful year for the solar industry. Installations continue to increase, solar is getting cheaper, and solar equipment is becoming more advanced.