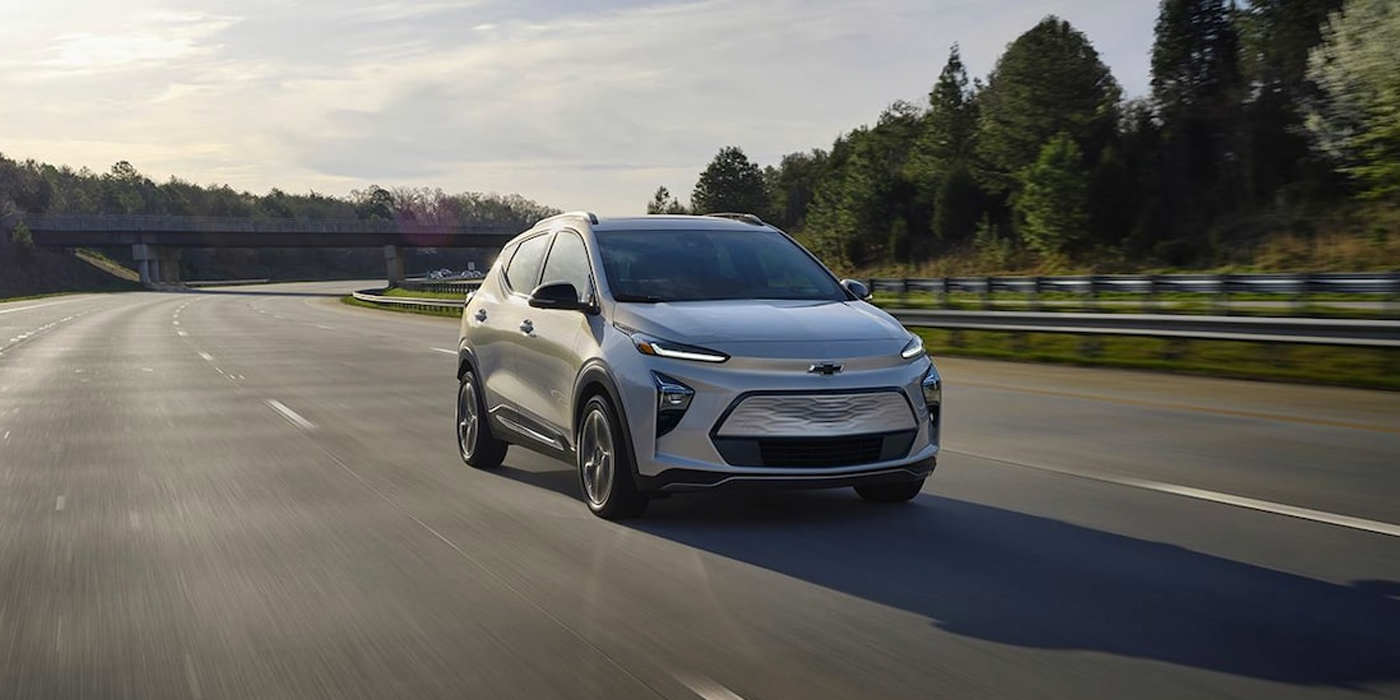 If you live in California, you can participate in a pilot program to test bidirectional charging with your EV. Image source: Chevrolet

In early March 2022, GM announced a partnership with PG&E to begin a pilot program to test bidirectional EV charging. Specifically, it will be to test the use of car batteries within EVs as a source of backup power to the home, or the grid, in the event of an outage. Ford Motors is also part of the partnership, but had less flashy press releases.

What exactly does this partnership mean for EV owners? At the moment, not much. But if this pilot goes well, there is incredible potential for homes to utilize EVs as a backup source of power. And yes, the idea does seem a bit far fetched, but it's actually more plausible than you may think.

How will EVs work with the grid?

The concept of bidirectional charging can be a bit confusing, so we’ll start with a more relatable concept - solar batteries.

These days, many homeowners who have solar panels choose to also add battery storage to their home as a backup power option. Solar batteries store electricity within them that can be used during times when solar panels are not producing electricity, like at night.

You can learn more about solar batteries in our in-depth guide here.

Car batteries can be used in the same way, especially because they are larger than solar battery packs. Car batteries range from about 28 kWh - 200 kWh, depending on the car, compared to less than 20 kWh for solar batteries.

This is a huge source of stored energy that is now being touted as a potential backup source during power outages. And if there is anything that PG&E needs, it is a source of backup power. PG&E is the main power supplier for the state of California; the name might ring a bell from the few times that they had to shut off power to help avoid forest fires after their aging infrastructure was found to cause the deadly 2018 Camp Fire.

The thing is, as power outages become more frequent and the grid less reliable, options like EV backup will be a key source of backup power for homeowners. If GM, Ford, and PG&E get this right, they will be unlocking a new source of power for the entire country.

How will this pilot program work?

The goal here is for a house to act like a microgrid, allowing homeowners to be their own source of power while also having the ability to send the excess energy from their cars (and potentially solar panels and solar batteries) back to the grid.

This can offer a backup option for utility companies that also helps homeowners become energy independent, a trend we have seen increasing interest in. It is surprising to see a utility spending money on piloting this concept because utilities are normally attempting to make renewable energy options like solar panels less financially beneficial so that less homeowners opt out of buying power from the grid.

While there have been EV manufacturer and solar company partnerships formed to install chargers, like Ford and SunRun (Ford and SunRun recently announced a partnership for SunRun to be the go-to solar panel and charger installer partner for people who buy Ford EVs), the partnership of a utility company and a car manufacturer (or two, in this case) is the first of its kind.

Traditionally, utilities have been hesitant to work with anything related to renewable energy and EV initiatives. But PG&E is recognizing the need and benefit of creating this partnership in order to build the grid of the future.

When will the pilot begin?

This pilot aims to roll out in Summer 2022 and will equip willing homeowners with bidirectional charging technology. This technology will be coupled with software-defined communications, enabling power to flow from a GM or Ford EV into a house.

The press release is a bit vague on the details of how it will all happen, but if this pilot goes well, it has the potential to revolutionize the way we get electricity. Before PG&E, GM, and Ford install vehicle-to-home interconnection, there will be lab testing to determine safety and practicality, which is the phase the pilot is in now (late March 2022).

Why is bidirectional charging important for a renewable electricity grid?

The electric grid was not built for bidirectional charging, so upgrades are needed to ensure that the technology works. Image source: The Intercept

Renewable electricity is tricky. At SolarReviews, we’re all for it, but there are aspects of renewable energy that make it challenging for total reliability.

For instance, solar panels cannot work at night when there is no sun and wind turbines cannot produce electricity if there is no wind. However, during the times that they are producing energy, it’s possible for it to go unused - resulting in ‘excess energy’. Enter: the solar battery.

Solar batteries are designed to absorb excess electricity and store it for homeowners to use during the times when their solar panels aren’t actively producing electricity. A car can also do this, and because the battery within a car is bigger than traditional solar storage batteries, EVs have the potential to play a huge role in storing electricity for emergency use.

There are approximately 16 million people in California who rely on utility PG&E for electricity. With more stress on the grid than ever, PG&E needs to find new ways to ensure homeowners will have the power they need, when they need it. Piloting the potential for EVs to be a source of backup power is a step in the right direction.

Currently, you cannot just purchase a bidirectional charger yourself when buying a regular EV charger. The concept is still very much in its infancy, but this pilot can be the beginning of a brand new way for EV owners to help keep the grid running for everyone. And the fact that major companies are investing in testing this technology is a hopeful sign.

What needs to change for this to work with current EVs?

Bidirectional chargers, as a concept, have been in the works for a while. If correctly implemented, they would be a big step forward towards building a renewable electric grid. It has taken a while for them to become commercially available because there are a lot of logistics that go into the process of moving the electricity back and forth.

You see, EV batteries store DC electricity, which would need to be converted to AC electricity so it can be used in the home (with solar panels, this is done through the inverter, which is a standard piece of equipment in a solar system setup). This is not impossible, but it is not as simple as using the same wall charger that currently charges your car. The chargers currently on the market cannot send power back into your house for use.

Also, accepting energy that is sent back to the grid on a large scale is not something that contemporary grids were built to do. Homeowners with solar can send energy back to the grid via net metering, but when thousands of cars are doing it, the grid will need to be upgraded.

What else should homeowners in California know?

California recently announced that by 2035, all light-duty autonomous vehicles need to be emissions-free. They are already the top EV state in the country, with 320,000 EVs in San Francisco alone. These two factors make California a great testing place, with plenty of EV customers to try the product with the actual need for bidirectional charging.

Currently, this is only in the testing phase, and California homeowners cannot sign up yet to test the system within their home. Homeowners can keep their eyes peeled for the option in late 2022.

You can also work with your car dealer to stay up to date on when you can get a bidirectional charger for your home. Keep in mind, you will need a GM or Ford EV, so now is the time to order one if you have not already.

The pilot has no defined ending yet, but if it is successful, we can safely assume that more EV manufacturers are going to work with utilities around the country to implement bidirectional chargers, eventually resulting in a cleaner and more sustainable grid in the future.