The most efficient solar panels ever made use multi-junction photovoltaic cells. These cells absorb different wavelengths of sunlight in different layers, allow them to capture more energy from the sun. However, they’re expensive because they use rare materials and require more manufacturing steps. The National Renewable Energy Laboratory (NREL) has revamped an older technology that could make these solar cells cost competitive with conventional silicon solar panels available today.

"Right now, III-Vs might be $300 a watt or that ballpark," said Aaron Ptak, an NREL senior scientist. "If you can get to $100 a watt or $70 a watt, there are large initial markets that you can open up at that price point in order to get your foot in the door, to start scaling up your manufacturing, and get your costs down to $1 a watt or 50 cents a watt."

To lower that cost the lab is refining a technique called hydride vapor phase epitaxy (HVPE). "HVPE is far from new,” Ptak said. "It's been around since the '50s and '60s. We fondly refer to it as our brand new, 50-year-old growth technique."

The typical method of making multifunction solar cells since the 1960s has been metal organic vapor phase epitaxy (MOVPE). That process deposits elements in layers atop a semiconductor wafer in a time-consuming process, which increases the cost of the resulting cells.

"You essentially dose pre-engineered chemicals onto a hot wafer, and they will deposit as thin-film layers with the same lattice spacing as the wafer. Multilayer devices are formed by changing the gas mixture to form different compositions of stacked thin films. MOVPE can grow very complicated structures—or devices like solar cells—but it's expensive and slow,” explained David Young, a senior scientist at NREL with an expertise in silicon solar cells.

NREL calls the new method "dynamic HVPE" or D-HVPE. It uses a dual-chamber reactor to produce solar cells. The lab explained that moving the substrate back and forth between the reactor chambers, cuts the time needed to make a solar cell. Using MOVPE to make a single-junction solar cell can take an hour or two. A similar cell made using the D-HVPE method takes two minutes to produce.

Ptak said more research and funding is needed before the new technology will become commercially available at a reasonable price. But entities are already expressing interest in solar cells made using this method.

Kelsey Horowitz, of the Techno Economic Analysis Group in NREL's Strategic Energy Analysis Center is leading the HVPE tech-to-market effort. She estimated that D-HVPE-manufactured solar technology will attract big box stores, bus companies and the Army—who could use it on soldiers and in forward operating facilities to generate power in the field. Uses where lighter, more efficient solar cells are imperative. To get to that price, however, the cells will have to be manufactured in large quantities, which Horowitz estimated is at least five years away. 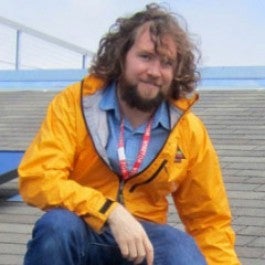 Chris Meehan is a freelance writer for SolarReviews