How much can you save with Oregon’s solar and storage incentive program? 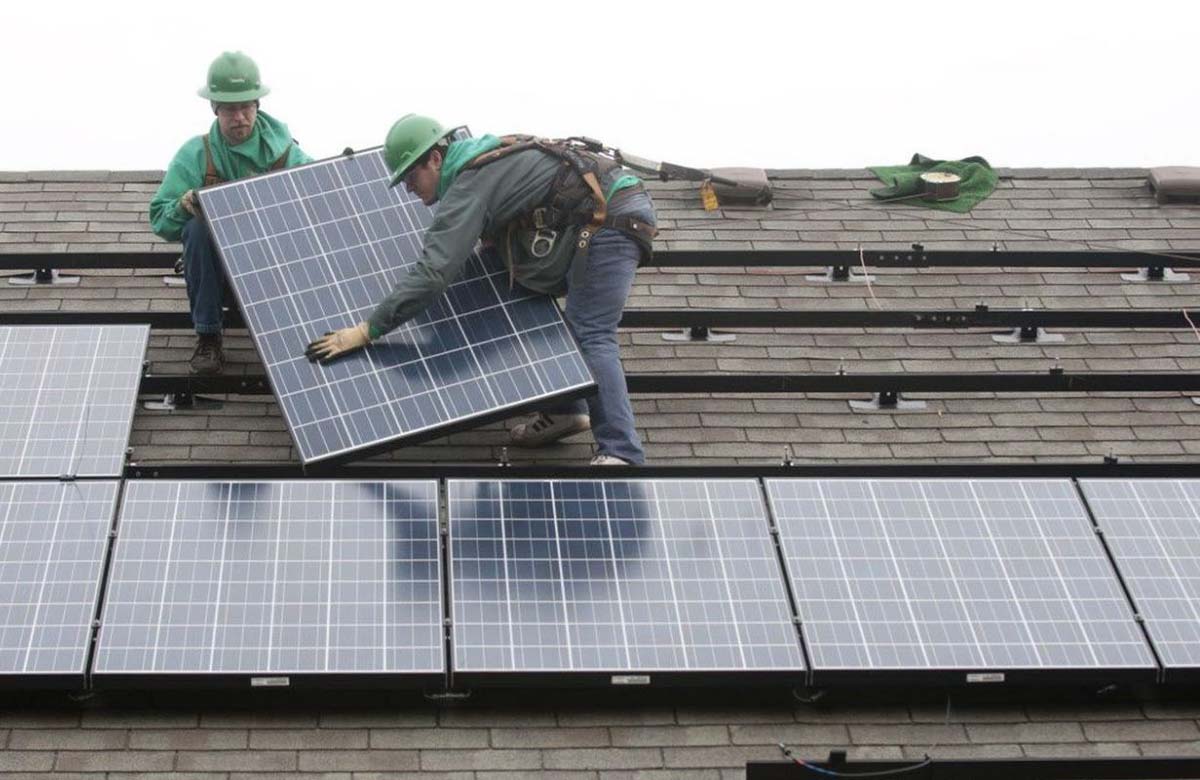 Let’s take a closer look at how much you can save on a solar installation with Oregon’s solar incentive program.

What led to the new Oregon solar incentive program?

Until 2017, Oregon homeowners could apply for the Residential Energy Tax Credit (RETC) when they installed a solar system on their home. Residents would receive a tax credit of $1.30 per watt of installed solar capacity, up to $6,000.

This was one of the best solar incentives in Oregon; when combined with the federal solar tax credit, homeowners could potentially cover half of the cost of their solar electric system.

Homeowners were scrambling to get their solar projects done before the April 1, 2017 deadline, in order to qualify for the RETC. This led to a short-lived burst in the number of solar projects in Oregon.

However, that boost in the Oregon solar industry didn’t last long. Without the RETC, which was the main solar incentive in Oregon, the payback period of a solar system in the state nearly doubled and left many homeowners unable to afford solar systems for their homes.

In order for Oregon to meet their goal of becoming 50% renewable by 2040, it was important to make solar affordable. It was especially important to make solar power accessible to low-income homeowners, as these consumers benefit the most from the electric bill savings solar panel systems provide. Plus, making solar accessible to more people leads to more installations, which, in turn, can help Oregon reach its renewable energy goal.

With these intentions in mind, the Oregon legislature passed House Bill 2618 (HB 2618) in June 2019, which established the Solar + Storage Rebate Program.

This Oregon solar incentive program provides rebates to homeowners, both low-income and non-low income, and to service providers in low-income areas who install solar panel systems.

How to qualify for Oregon's Solar + Storage Rebate Program

This solar incentive program is available for solar and storage installations installed on homes in Oregon, so long as the installation is completed by a contractor who has been approved by the Oregon Department of Energy. A list of approved contractors can be found here. Your contractor will be the one who submits the application for the project.

Find the top solar companies near you!

The residential incentives are divided into two categories:

To be considered for the low and middle income incentive, the total household income must be at or below 60% of Oregon’s median income.

The following table displays the state’s median income amount per household size and outlines the maximum income you can have to be considered for the low income incentive:

If you qualify as a low income household, you will receive a rebate of $1.80 per watt of solar installed. The rebate amount cannot exceed 60% of the net cost of the system and it cannot go over $5,000.

If battery storage is also installed, you will receive an additional incentive equal to $300 per kilowatt hour (kWh) of storage installed. The storage rebate amount cannot exceed 60% of the net cost of the storage system and it cannot go over $2,500.

If you do not qualify as a low income household, you can apply for the non-income restricted residential rebate instead. If you qualify for a solar rebate from your utility, you will get a rebate equal to $0.20 per watt of solar installed.

If you do not qualify for a solar rebate from your utility, you will get a rebate equal to $0.50 per watt of solar installed from the Oregon Solar + Storage Rebate Program. The rebate cannot equal more than 40% of the net cost of the solar system and it cannot exceed $5,000.

When you include solar energy storage with your solar system, you can receive an additional incentive. The storage incentive for a non-income restricted household is equal to $300 per kWh of storage installed. The storage rebate cannot exceed 40% of the net cost of the storage system and it cannot go over $2,500.

How much will you save with Oregon’s Solar + Storage Rebate Program?

For example, let’s say there are three homes and each one belongs to one of the residential incentive categories. Each of these houses installs an 8 kilowatt (kW) Tesla solar panel system on their roof.

The solar rebate received by each household would be as follows:

If a battery storage system that includes one 10 kWh battery was installed with each of those solar panel systems, the storage incentives received would be as follows:

So, for an 8 kW solar panel system with a 10 kWh battery storage system, each of the residential categories would receive the following Oregon Solar + Storage rebate amounts:

The Oregon Solar + Storage Rebate combined with the federal solar tax credit would provide each of these three homeowners with significant savings and cut back the payback period for the solar-plus-storage system by up to 10 years in some cases!

Some schools may qualify for a solar rebate as low-income service providers. Image source: Environment America

Low-income service providers will get a rebate equal to $0.75 per watt of solar installed. The solar rebate cannot exceed 50% of the net cost of the solar energy system and it cannot go over $30,000. For example, if a school installs a 25 kW system that costs $50,000, it would receive an incentive of $18,750.

If that school decides to install battery storage as well, it will get an additional incentive. The low-income service provider battery storage incentive is equal to $300 per kWh installed. The rebate cannot equal more than 60% of the net costs of the battery system and it cannot exceed $15,000.

How is the Oregon Solar + Storage Rebate Program funded?

Oregon’s solar incentive program is funded by The Rooftop Solar Incentive Fund. The money in this fund comes from many sources, including:

The money in this fund is used exclusively for the Oregon Solar + Storage Rebate Program, which is administered by the Oregon Department of Energy.

HB 2618 mandates that at least 25% of the total funds must go to LMI households and low-income service providers. So, low income applications will be prioritized over applications that are considered non-low income.

The application is submitted by a certified solar contractor. From there, the rebate will be given directly to the solar installer, who will then decrease the cost of your installation accordingly.

Find the best-rated solar installers in your area

When the RETC ended back in 2017, the Oregon solar industry took a hit. With less people able to afford solar, there were less home solar installations. This led to job losses within Oregon’s solar industry.

Oregon’s neighbor, California, has been experiencing an energy crisis like we’ve never seen before. Utilities are starting to implement planned safety power shutoffs, where they turn off the electricity of both their commercial and residential customers in order to help prevent wildfires.

With these power shutoffs happening more frequently and so close to home, the people of Oregon might start feeling concerned that their access to power could be at risk soon, too. Plus, Oregon is a coastal state, so they’re feeling the impacts of climate change harder than some other states located in the middle of the country.

With increased flood, wildfire, and storm risks, Oregon homeowners may start making the production of their own energy a priority. This would allow them to have power even in the event of a grid power outage. Again, the introduction of the new incentive could be what pushes people who are feeling concerned about their power supply to switch over to solar-plus-storage.

Interested in going solar? Let us find you the best-reviewed solar installers in your area