As the legendary World Solar Challenge—a 3,000 kilometer (1,864 mile) race in October across Australia’s outback—comes closer, teams are starting to unveil their cars. While there’s no shortage of slick, aerodynamic three-wheelers with cockpits as snug as nutshells, this year’s race will feature 47 teams from 26 countries and two new classes—the Cruiser Class and the Adventure Class.

Most eyes will still be on the Challenger Class, the class where overall time is the predominant goal with cars powered purely by the sun that hits their surface. But the Cruiser Class, a so-called practical car class, signifies that electric vehicles and solar power have come a long way since the race launched 26 years ago in 1987. And we have to say: It’s about time! 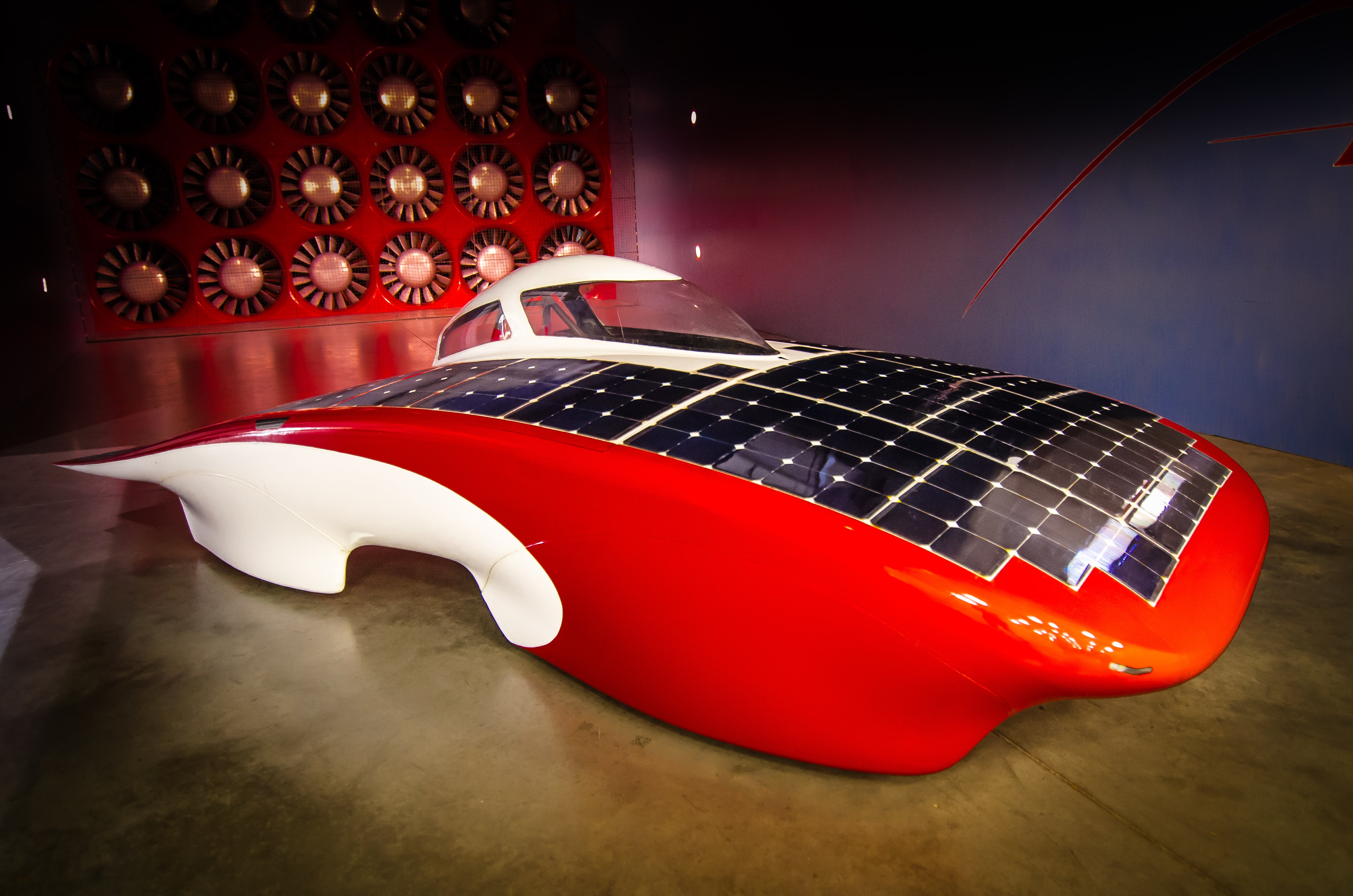 There are other races, like the Solar Grand Prix, but the World Solar Challenge is likely the oldest and most renowned. Over the years the event has evolved dramatically from an all-out race with no limits on body size or design, to a race where teams must follow the speed limits and strict design guidelines. For instance in the Challenger Class, this year's cars must—for the first time—contain four wheels instead of three and their solar array is limited to six square meters. The Adventure Class allows previous years’ three-wheel entries a chance to give it another go.

The Stanford Solar Car Project (SSCP) is meeting the challenge with their new Luminos car—which is being officially unveiled on July 12. The team said it has developed electric motors for the vehicle that are 97 percent efficient and a car that weighs in at only 375 pounds. They also switched from a three-wheeled model to a four-wheeled model for improved handling and safety.

“This year our team focused on improving the total system efficiency of our vehicle through key student-designed innovations while significantly increasing the reliability of our vehicle in the Outback,” says Team Director Wesley Ford. Likewise the University of Michigan recently unveiled their new four-wheeler Generation last month. These are both one-person vehicles.

The new Cruiser class, which consists of four-wheeled vehicles, also requires that vehicles are designed to meet regulations for a normal vehicle in the country they come from (i.e., the challenge is to design truly road-worthy vehicles). They’re also required to have both a driver and a passenger. The World Solar Challenge says the new category was inspired by the 2009 German entry Bo-Cruiser. That car’s successor circumnavigated the globe. 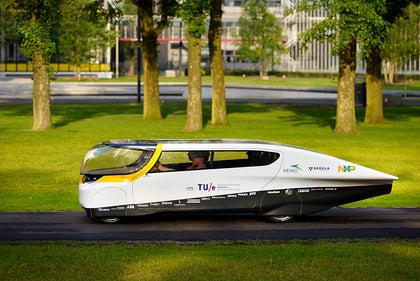 A quick look at the images released of vehicles for this new class reveal entirely new designs for the competition, ranging from elongated teardrop shapes like the Netherlands’ Solar Team Eindhoven vehicle, Stella, which can seat up to four passengers.

The Japanese Goko High School team’s vehicle looks similar to the Netherlands’ vehicle. Others, like Germany’s HS Bochum, SolarCar-Team and Canada’s University of Calgary Solar Car Team look like they derived their design from a computer mouse. And Australia’s TAFE SA SolaSpirit III, looks like it took some design cues from the Mini and the rare BMW Isetta. And then there’s the Sunswift team’s eVe car, by Australia’s University of New South Wales. The team's design philosophy: “The sexy solar car: light, efficient and with all the right curves!”

The new Cruiser class, which will allow teams to recharge their solar and electric-powered vehicles to recharge at night, unlike in the Challenger class, will feature some crazy innovations that could be incorporated into future vehicle designs.