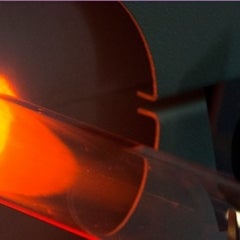 Imagine a photovoltaic cell or module that actually stores as well as produces energy, acting as a battery and producing power even after dark. New research into silicon-based supercapacitors at Vanderbilt University shows that it’s possible.

Supercapacitors have long been looked at as a potential alternative to batteries for energy storage, but they remain bulky and expensive with low storage density. However, they offer some significant advantages over conventional batteries. For instance, they can charge and discharge energy rapidly. They also promise lighter weight and much longer lifespans than batteries do because of the way supercapacitors store energy. 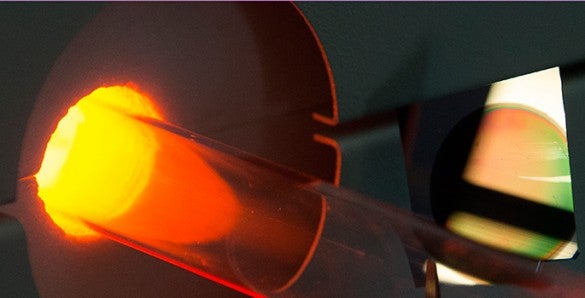 Whereas a battery stores energy in a chemical reaction, supercapacitors store energy in ions on the surface of a porous material—usually activated carbon, Vanderbilt explains. So, as their energy density capacity increases, they become more attractive. Graphene and nanostructuring with silicon may prove the panacea for such devices.

Researchers at the university published their findings in the Oct. 22 issue of the journal Scientific Reports. They propose making a supercapacitor out of silicon—a first—and that such devices can be built into a silicon chip along with the microelectronic circuitry that it powers. “It should be possible to construct these power cells out of the excess silicon that exists in the current generation of solar cells, sensors, mobile phones and a variety of other electromechanical devices, providing a considerable cost savings,” the university says.

“If you ask experts about making a supercapacitor out of silicon, they will tell you it is a crazy idea,” says Cary Pint, the assistant professor of mechanical engineering who headed the development. “But we’ve found an easy way to do it,” he added.

Pint asserts that silicon is an ideal material to focus on because it is the basis of so much of our modern technology and applications. "In addition, most of the silicon in existing devices remains unused since it is very expensive and wasteful to produce thin silicon wafers,” he said. As such, the unused portion of silicon could be harnessed as an energy storage device, Pint and his team posited.

The team used porous silicon, made by electrochemically etching the surface of a silicon wafer, creating controllable nanostructures. That allowed them to develop surfaces with optimal nanostructures for supercapacitor electrodes. They then coated the surface with carbon. “We had no idea what would happen,” Pint explains.

“Typically, researchers grow graphene from silicon-carbide materials at temperatures in excess of 1400 degrees Celsius. But at lower temperatures—600 to 700 degrees Celsius—we certainly didn’t expect graphene-like material growth.” However, that’s what they got. The graphene-coated material stabilized the silicon allowing them to use it to make supercapacitors. Furthermore, they found the graphene coating improved energy densities by more than two orders of magnitude.

“Despite the excellent device performance we achieved, our goal wasn’t to create devices with record performance,” Pint says. “It was to develop a road map for integrated energy storage.” But the findings could be used to develop PV cells that store excess electricity during the sun’s peak and releases excess solar energy when electric usage peaks in the afternoon.

The research team consisted of graduate students Landon Oakes, Andrew Westover and post-doctoral fellow Shahana Chatterjee, according to the university. The research was funded by grants from the National Science Foundation and the Army Research Office.