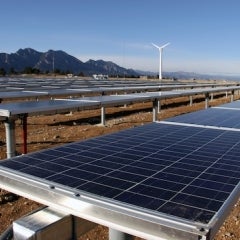 By 2025, wind and solar electric generation could be cost-competitive with new natural-fired electric generation without federal subsidies in the Western U.S., according to a new report from the National Renewable Energy Laboratory (NREL). That’s if renewable energy development occurs in the most productive locations and the report takes into consideration transmission and integration costs of the energy.

"The electric generation portfolio of the future could be both cost effective and diverse," says NREL Senior Analyst David Hurlbut, report lead author of the report. "If renewables and natural gas cost about the same per kilowatt-hour delivered, then value to customers becomes a matter of finding the right mix. 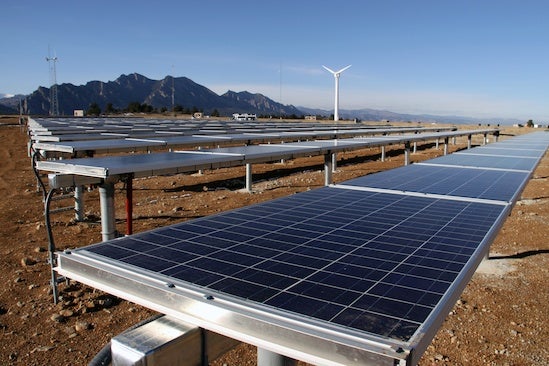 "Renewable energy development, to date, has mostly been in response to state mandates," Hurlbut says. "What this study does is look at where the most cost-effective yet untapped resources are likely to be when the last of these mandates culminates in 2025, and what it might cost to connect them to the best-matched population centers. The report, "Beyond Renewable Portfolio Standards: An Assessment of Regional Supply and Demand Conditions Affecting the Future of Renewable Energy in the West," finds that the best areas for solar power development at parity with other energy sources are California, Arizona, and Nevada.

“None is likely to have a strong comparative advantage over the others within the three-state market, unless environmental or other siting challenges limit in-state development,” the report states. It adds that the development of utility-scale solar projects will likely be for local use as opposed to exporting the energy to other markets.

The study also finds that Wyoming could supply wind power to multiple Western markets, from California to Washington to Utah. As such, it would compete with New Mexico on projects in the Southwest and Montana on projects for the Northwest. In the Southwest, “Wyoming's surplus will probably have the advantage of somewhat higher productivity per dollar of capital invested in generation capacity; New Mexico's will have the advantage of being somewhat closer to the California and Arizona markets.”

The study finds that Colorado will likely have a surplus of wind potential in 2025. But most of the energy it will produce by then isn’t likely to be traded with other states due to high transmission costs between Colorado and other states.

The study also draws on previous research that NREL conducted for the Western Governors' Association. That research identified the best areas for developing renewable resources while minimizing overall impact on wildlife habitat and finding the best spots for each resource.