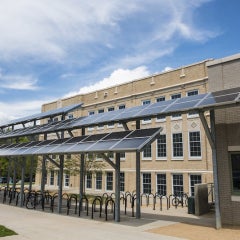 Solar at schools is a great idea, it helps educate students about renewable energy and how such systems work, further reduces air pollution and helps schools cut energy costs. But now a new report from Stanford University quantified that the benefits of installing solar at schools across the nation could reach $4 billion.

Stanford researched data on 132,592 schools. Of those more than 99,700 were public and 25,700 private K-12 schools, and nearly 7,100 were colleges and universities. It concluded that the energy costs at K-12 schools were more than $6 billion per year and at higher education institution energy costs add up to more than $14 billion. Stanford previously conducted research into how many homes in the US are solar-powered as well. 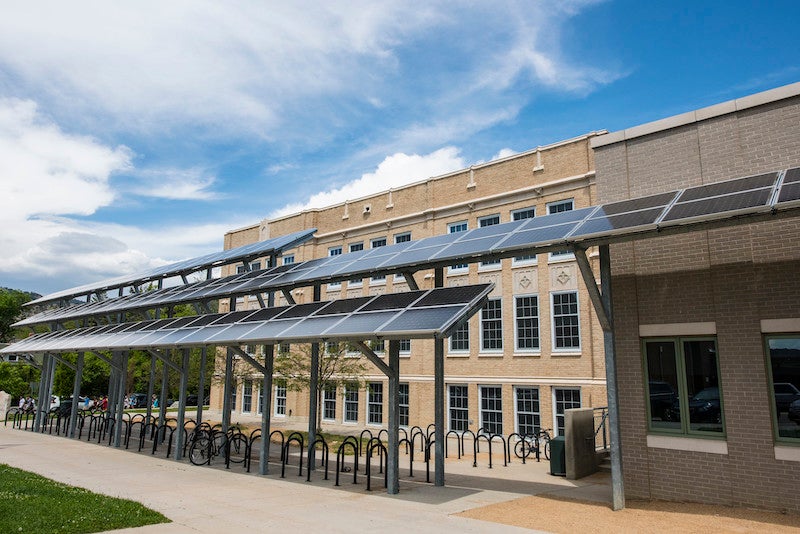 “Schools are paying for electricity anyway,” said Gabrielle Wong-Parodi, an author of the study and assistant professor of Earth system science at Stanford’s School of Earth, Energy & Environmental Sciences. “This is a way, in some cases, that they can reduce their costs. If there’s a rebate or a subsidy, it can happen more quickly.”

Solar installations can also provide important, practical learning opportunities for students. “It takes this abstract idea of renewables as something that can reduce greenhouse gas emissions and brings it home,” Wong-Parodi said. Students can also use on-site solar energy systems to understand fractions or see how shifting panel angles can affect power production.

The university published the report in peer-reviewed journal Environmental Research Letters. It found that by taking advantage of all viable space for solar panels schools and institutions could provide up to 75% of their electricity needs, while reducing its carbon footprint by up to 28%. There have been efforts to install solar at all schools in the US.

While schools often can not afford to purchase solar systems outright, the study suggested that incentives from states, along with the right investments could also free up money in schools’ budgets.

“There is an argument for increasing the level of incentives to increase adoption of solar panels by the educational sector,” said study author Inês Azevedo, who co-directs Carnegie Mellon University’s Center for Climate and Energy Decision Making. Azevedo will join Stanford’s faculty in July 2019.

The study found that if the schools and their facilities were able to realize their full solar potential, it would be worth as much as $4 billion per year in terms of the costs of reduced carbon emissions alone, reducing premature deaths and health issues. That’s assuming each ton of carbon released to the air costs society $40 and the value of a statistical human life is $10 million, in terms of economists, Stanford said.