Over the past few years New York, under Gov. Andrew Cuomo (D) has made solar a priority. Under that leadership the state has installed nearly 300 megawatts of solar—since 2012. Now the governor and his administration reaffirmed their commitment to solar with a 10-year commitment to the NY-Sun Initiative and plans to fund 3 gigawatts of solar throughout the state.

During his state of the state address earlier this week the governor said he was creating the Community Solar NY and the K-Solar initiatives. The newly announced goals and initiatives drew praise from conservationists and renewable energy advocates like the Natural Resources Defense Council (NRDC) and the Solar Energy Industries Association. 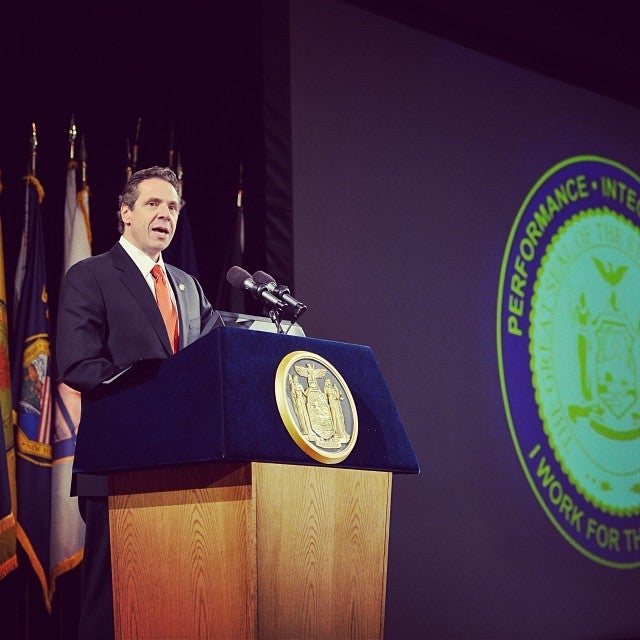 “In the last year, New York has become something of a solar powerhouse, jumping to 10th in the country in installed solar power in the third quarter of 2013,” Wrote NRDC’s New York City Policy Analyst on Air & Energy Pierre Bull. “That growth is due not only to the precipitous drop in the cost of solar power in recent years—falling at least 40 percent since 2008—but also, in large part, to Governor Cuomo’s NY-Sun Initiative.”

The newly announced programs, Community Solar NY is “a comprehensive community solar package to address these issues and make solar energy available to all New Yorkers that want it,” according to “Building on Success” an expanded version of Cuomo’s state of the state outlining his initiatives in more detail. K-Solar is designed particularly to encourage schools to go solar and will offer incentives, financing, and technical assistance to administrators that want to reduce energy costs through on-site solar installations, the report said.

These are in addition to actions Cuomo’s office took in 2013, which included creating a $1 billion Green Bank. The bank was designed to work with the private sector to make it easier to finance clean energy in the state. The bank is expected to launch its first products in 2014, according to SEIA.

The state is already working to fund the initiatives. The New York Public Service Commission approved funding for the NY-Sun Initiative through 2015 this past December. It also authorized the New York State Energy Research and Development Authority (NYSERDA) to expand the program through 2023.