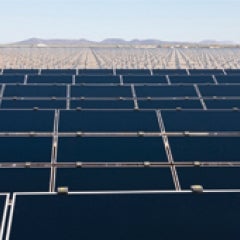 One of the world’s most respected investors “The Oracle of Omaha”, Warren Buffett, appears ready to double down on his investments in the wind and solar industries, reports are saying. Through Berkshire Hathaway and its companies like MidAmerican Energy, Buffett has already directed $15 billion in wind and solar power investments, supporting some iconic projects like the online 290 megawatt Agua Caliente project, which it co-owns with NRG Energy, and the 579 megawatt Solar Star projects, which are partly online even as construction continues.

At the Edison Electric Institute’s convention in Los Angeles yesterday Buffett made some tantalizing comments. Namely after confirming that the company had already invested $15 billion, he stated: “There’s another $15 billion ready to go, as far as I’m concerned,” according to Bloomberg. “We’re going to keep doing that as far as the eye can see,” Buffett added. “We’ll just keep moving.” 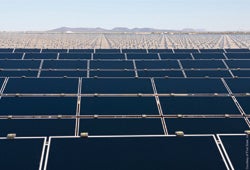 "We've poured billions into [the utility businesses] and will continue to do so," Buffett told the convention, according to SNL.Renewables, he said, "May not make you rich, it can help you stay rich. And we've stayed rich."

"The math is making sense for us" and therefore "we will be happy to deploy a lot more money" in the electric utility sector, Buffett explained.

However, don’t expect those types of investments to put solar on the average Joe’s home or business anytime soon. Buffett has had a history of making gigantic investments in projects—projects that require more than a billion dollar investment.

The only companies in the residential solar sector that could attract such investments would be the largest solar installer and financing companies like SolarCity, Sungevity and Sunrun. More likely though, any future investments from MidAmerican will focus on giant solar projects like those mentioned above.

Similarly MidAmerican has invested billions in wind farms and it started making those investments earlier, in 2011. The company made its first investments in solar projects in 2012 and made another investment in 2013.

Buffett has recently begun investing in energy projects, according to Bloomberg, in part because he’s getting older and is looking for more long-term, reliable investments. He purchased an energy company in 2000, which is now called Berkshire Hathaway Energy, and began expanding the company’s profile and portfolio from there. Only as solar and wind have become less expensive has he seen fit to invest in the technology and only on the generation side. He has said he hasn’t invested in the technology because he doesn’t necessarily understand it.