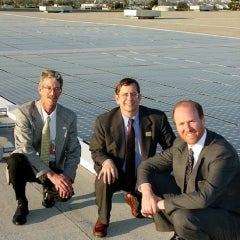 If you’re thinking about going solar and own a business or commercial building in the Los Angeles area, get your ducks in a row now—if you want the best deal the Los Angeles Department of Water and Power’s (LADWP’s) solar feed-in tariff (FiT) incentive program has to offer! And it’s only being offered for four days. LADWP begins accepting applications for the second round of the FiT on July 8, and due to the anticipated response LADWP is set to close the program on July 12. After that the winning projects will be chosen by lottery. 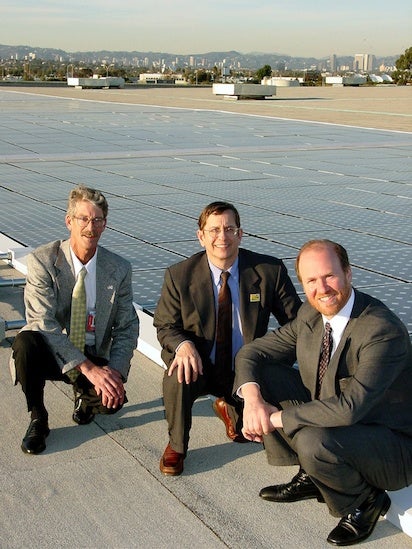 The offering could help more than 650 buildings in the region go solar but it’s likely far fewer will be covered under the incentive program since some projects will be larger. To ensure that the whole offering doesn’t just go to seven or eight projects, however, LADWP carved out 20 percent (4 megawatts) of the offering for systems between 30 kilowatts and 150 kilowatts.

The tranche that’s up for grabs, the second offering, will only cover up to 20 megawatts of photovoltaics and, based on the success of the first offering, expect it to go fast. For the first 20 megawatt tranche, offered earlier this year, the city received applications for 107 megawatts of potential projects.

The FiT is an effort by LADWP to grow the amount of distributed generation it has in its generation portfolio. The offering is part of a larger, 100 megawatt offering that’s been divided up into 20 megawatt offerings with a one cent reduction per kilowatt hour rate for each step. It’s also part of a potentially larger, 150 megawatt offering, part of which is still being discussed by L.A.’s commissioners. Soon it may be expanded to over 1 gigawatt.

While the FiT covers systems larger than most homes will need, homeowners wanting to go solar can also do so under LADWP’s standard offer. Under that homeowners will receive a rebate of $1.50 per watt as of June 2013 (it will fall as more people go solar) and sign up to net-meter their array. Under net-metering schemes, LADWP will only pay for the energy the array sends back to the grid. Under the FiT, LADWP purchases all the power the system produces.