Happy new year. 2013 is done and gone. The sun celebrated by flipping. And here on earth it was a pretty good year for solar, the best yet, as we will see in the coming months when all the numbers are tallied and investigated. But now its 2014 and if you thought solar power was slowing down, it’s just getting warmed up like a concentrating solar power system in the desert and the industry is looking forward to another record year as solar continues to evolve.

Analysts are predicting another year of double-digit growth for the solar industry with roughly 40 gigawatts of new photovoltaics at the low end of most analysts’ expectations. There will be a shift away from Europe as the leading market for solar to Asia. The U.S. will also become a much more prevalent market for solar power in 2014 with more homes businesses and utilities adding solar. 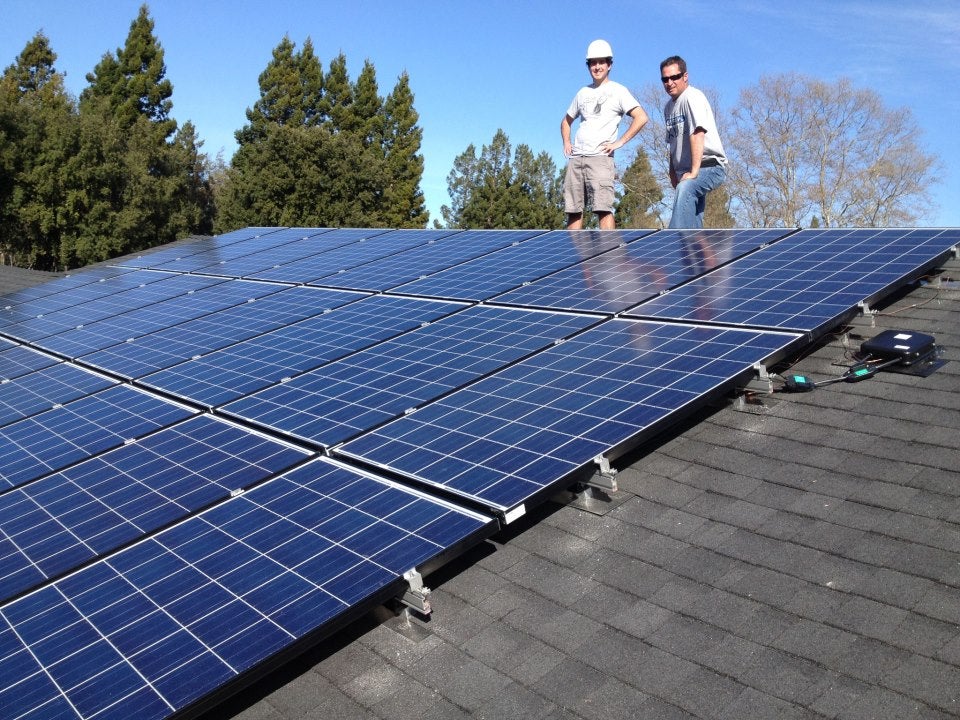 To help accommodate the demand for solar policies will have to be modified in certain markets. Barry Cinnamon, CEO of Cinnamon Solar and founder and former CEO of Westinghouse Solar, told GTM Research that policy changes suggested by utility commissions will be timid, but coming. “The irresistible force of cheaper solar technology is stronger than the immovable object of a high guaranteed rate of return for utilities,” he wrote. The push from commissions won’t be stronger because “utilities have money, political clout and legions of lawyers to effectively lobby to retain their business model.”

One of the most attractive policies for solar are net-metering programs, which allow solar owners and users to sell electricity produced, but not used, by the system owner back to the grid. These policies have come under fire in some markets as widely reported. “The debate over net metering will intensify, but many traditional power companies, which operate both regulated and deregulated businesses, will begin to invest in distributed solar, both outside and inside their territories,” observed Clean Power Finance CEO Nat Kreamer, also writing for GTM Research. “Solar is too profitable a business for utilities to ignore,” he added.

Kreamer’s company is a third-party ownership (TPO) company that provides solar financing services for home and business owners through solar installers. TPO options are popular in states where they’re offered. Looking forward to 2014 he anticipated that more companies will offer such services. “Marketing companies from outside of residential solar will enter the market, driving growth up and customer acquisition costs down,” he said. “Competition and cost structure will push existing solar sales and installation companies to focus on their strengths.”

It will also be a good year for solar installers. “Small solar companies will co-exist with large downstream installers,” Cinnamon predicted.  “Small installers will thrive because their overall operating costs are low and their service levels are high. New financing options, including bank loans and credit unions, will make it easier for local installers (as well as electricians, roofers and HVAC contractors) to compete with ‘no-money-down, free solar’ offers,” he said.

While the solar manufacturing part of the solar industry will remain focussed on balancing manufacturing with demand and producing more efficient, lower-cost modules, solar experts are predicting more emphasis will be placed on reducing costs in other aspects of the solar industry. While policy can help by speeding up the permitting and installation process there’s also a large opportunity to reduce the time it actually takes to install the system itself. For instance, last year TPO solar installer SolarCity signed an agreement to purchase Zep Solar, which developed a mounting and racking system that speeds the installation process, reducing the cost of installing.

Cinnamon said these “mundane” parts of the rooftop solar array, including solar roof flashings, grounding, racking, job preparation and supply chains, will be a target for cost reductions. “RMI and Georgia Tech just released a terrific time-and-motion study of rooftop solar installations. Their conclusion: the biggest cost reduction opportunities are with integrated racking, and in eliminating the array of little nuts, bolts, wires, clips, pieces and parts that don’t add any functional value to the system, but still need to be assembled on the rooftop.”

One of the interesting companies to watch in 2014 will be First Solar, observed Motley Fool contributor Travis Hoium. The company is the world’s major producer of Cadmium Telluride (CdTe) thin-film photovoltaics, which are cheaper but also significantly less efficient than silicon PV modules (meaning they might be cheaper but they need more space to produce power). “The low cost, low efficiency modules that brought the company to solar dominance are slowly becoming obsolete, and efficiency needs to be improved quickly,” Houim said.

Indeed, the company has been wildly successful at developing some of the world’s largest PV projects but isn’t very competitive in rooftop sector where space is, at best, limited. It’s becoming a more important market to be in and last year the company purchased silicon PV manufacturer TetraSun. “TetraSun's technology could allow for an entry into the residential and commercial markets where First Solar has so far been shut out,” Hoium said.